Acer’s tablet is built around an Intel Atom Z3735G processor. It uses the Bay Trail architecture, and it’s near-identical to the silicon inside the Aldi tablet. That means a modest specification: a 1.33GHz core that tops out at 1.83GHz with Burst Mode. It’s got 2GB of RAM, just like the Aldi machine.

That pattern was replicated in the 3D Mark Ice Storm test, which evaluates games performance; the Acer scored 13,097, but the Aldi managed 14,732.

They’re not great benchmark results, and they gave the Acer a host of irritating performance niggles. We often felt a delay before the home button would respond and when icons were loading after exiting apps, and there was a similar lag when unlocking the Acer and when loading demanding web pages. Menus and homescreens zipped about without delay or stuttering, but it’s far from a clean bill of health. 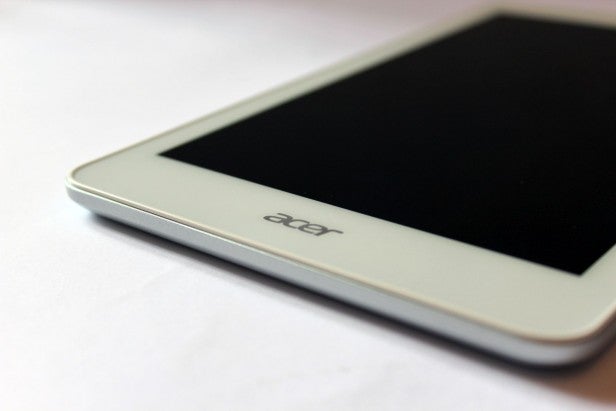 Games suffered too. Rayman Fiesta Run dropped its framerate by around half when compared to devices that’ll play the game at its proper speed, and other games proved inconsistent: Dead Trigger 2 was often smooth but occasionally juddered when loading, and Real Racing 3 was mostly smooth, but with a little slowdown during intense, car-packed races.

When it comes to performance, then, the Acer isn’t going to take home any awards. It’s got the power to handle basic tasks and games, but even then it’s not quick – so if you want to run tougher games or any productivity tools, we’d suggest spending a bit more cash.

The Iconia has a 4-megapixel rear camera, which is one megapixel fewer than both of its rivals – and it means that the Acer is only good enough for quick snaps, rather than anything more demanding.

That said, overall image quality wasn’t too bad. Colours were accurately produced, noise in darker parts of the image wasn’t too bad and it did a reasonable job of balancing exposure – it managed to keep the bright sky detail on our outdoor shot without completely loosing detail in the darker foreground. 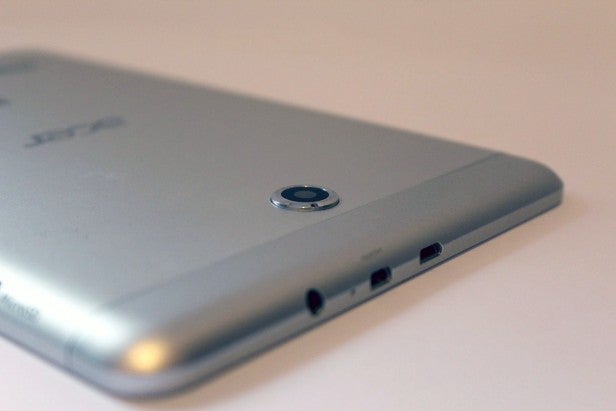 Acer’s camera app is also crammed with settings, including ISO, exposure and white balance modification and plenty of shooting modes and effects. There’s a front-facing camera, too, although its 2-megapixel rating means it won’t capture great selfies.

The Iconia has a 4,600mAh battery which we tested by running a YouTube video with the screen at 40% brightness.

That’s not a tough test, but the Acer still couldn’t catch its rivals – it lasted just over six and a half hours, which is ninety minutes short of the Tesco machine. Its powers of recovery weren’t much cop, either, with around 10% of the battery restored after thirty minutes of charging.

It’s a poor result in a modest benchmark, and it means that the Iconia won’t fare any better with the screen brightness turned up or with tougher applications running – expect a couple of hours less longevity if you want to play games with the panel at 100%, for instance. 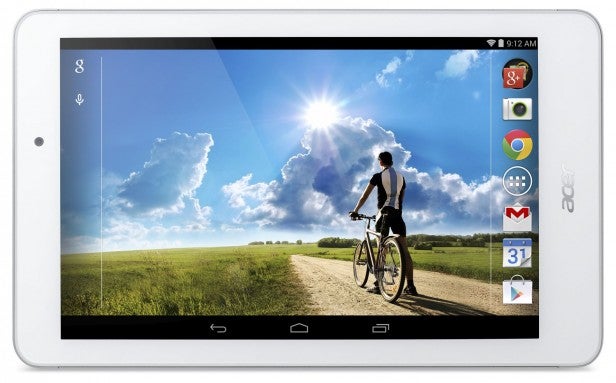 Acer’s tablet squares up against two rivals that come from unlikely sources – supermarkets – but it can’t overhaul both of its competitors in the majority of our tests.

Performance, for instance, isn’t quite as good as either rival, and it makes for an inconsistent experience hampered by pauses and slow-downs. Battery life, too, is another area where the Iconia falls down.

Despite both of those factors, we still prefer the Acer over the Aldi tablet: it’s stronger and sturdier, with a better screen.

Tesco’s Hudl 2, though, is just too good. Its screen is superior, its body is easier to hold thanks to its shape and soft-touch coating, and it’s far cheaper – it now costs just £99.

The Iconia isn’t a bad alternative if Tesco’s tablet doesn’t suit, but the Hudl 2 remains our favourite budget slate.

Acer’s latest tablet has a reasonable price and a decent exterior, and it’s able to overhaul one competitor thanks to its better screen and build quality. However, poorer performance, battery life and screen quality mean it can’t beat Tesco’s cheaper Hudl 2 for the title of best budget tablet.