As with any tablet, video-playing is an obvious use of the Iconia A1, but its screen is mid-grade at best. It’s an IPS display, the same type used on most high-end tablets. However, it’s a good deal less advanced than the best out there.

When off, or displaying dark images, there’s a greyish quality to the A1’s blacks. Contrast is mediocre and in-use it’s pretty clear there’s a significant space between the top glass layer of the screen and the actual display later.

More expensive screens merge different layers of the screen to get rid of this ‘recessed screen’ effect. 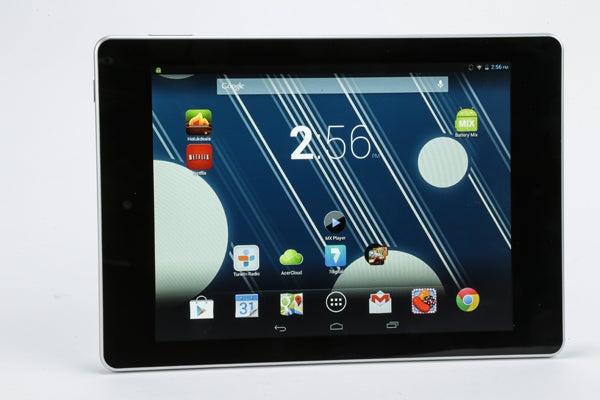 Colours too are not top-notch, either. They’re a little muted.

To complete the trio of compromises, the 1,024 x 768 pixel resolution is well below the ‘retina’ screens of expensive tablets, where pixel density is so high you can’t see any pixellation at all. Here, text in particular is clearly not pin-sharp.

Let’s take a step back, though, and remember that the Acer Iconia A1 costs just £150.

The IPS panel gives the tablet good viewing angles compared to previous budget tablet screens, which would become clouded in darkness when turned the wrong way. The Acer Iconia A1 may bring baseline image quality that won’t blow your socks off, but when you’re in the thick of playing a game or watching a video, the difference dims a little.

Its display also matches the most obvious top competitors at the price – the Asus Fonepad and Google Nexus 7. 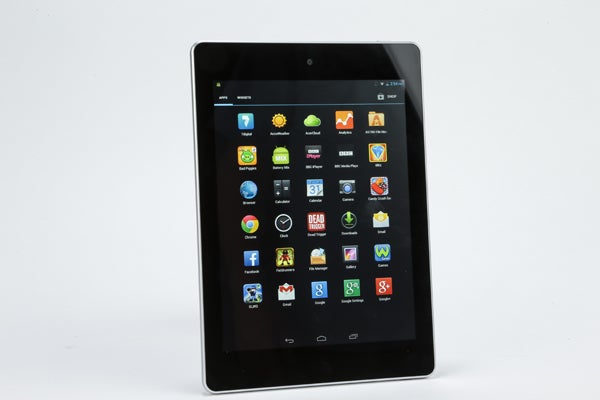 It seems Acer has taken careful note of what the online tech enthusiast community is after in a budget tablet. The memory card slot, the iPad mini-style screen and video output are all things you’d see raved about on an Android enthusiast forum, and rightly so.

However, nowhere is Acer’s lack of egotism clearer than in the Iconia A1’s software. The tablet runs Android 4.2.2, a perfectly up-to-date version of the OS at the time of writing, and it’s virtually vanilla.

There’s no custom UI, and hardly any memory-clogging apps you’ll never use. There’s 11-12GB of storage left to install apps on once the Android OS has taken its share of the 16GB internal memory. AcerCloud gives
you access to Acer cloud storage tied to an Acer account (free), there’s
a file manager pre-installed, AccuWeather, a couple of games portals
and Google’s standard apps.

There’s little there, and that’s
exactly what we like to see. The Acer Iconia A1 has full access to the
Google Play app store, and more-or-less leaves you free to make up your
own mind about which apps to use.

This clean approach to the software matched with a quad-core MTK 1.2GHz processor makes day-to-day performance slick. That a tablet this cheap can be so free of lag in general operation is a delight to witness. The so-so screen may stop you from ever believing it’s a top-notch gadget, but it is snappy. 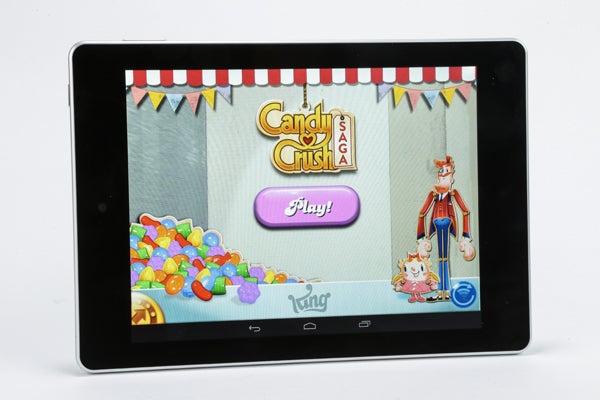 Start to push the MTK processor and you’ll soon find its limits, though. Despite being a quad-core chip, it can’t handle top-end games like Real Racing 3 without chugging significantly. With a full complement of cars on-screen at once, the game was far from smooth.

This is as much down to the GPU part of the chipset as the CPU. The MediaTek 8125 engine within the Iconia A1 uses a PowerVR SGX 544 graphics chip. This is the same family used in seriously powerful mobile devices like the Samsung Galaxy S4, but a much less powerful version is seen here.

It is only the most challenging games that trip over, though, and other 3D titles such as Dead Trigger play perfectly.

We also encountered some compatibility problems thanks to the aspect ratio of the screen. A 1,024 x 768 pixel 4:3 screen is quite unusual among Android devices, and it tripped up a couple of games we tried – where the visuals didn’t spread the width of the screen, but the touchscreen play area did, meaning buttons’ touch zones became mis-aligned with their position on-screen.

We should stress, though, that the Iconia A1 played most games flawlessly. It’s a good gaming tablet, just not a perfect one.