Unlike many budget tablets, the Acer Iconia A1 has two cameras. There’s a 5-megapixel sensor on its rear, and a basic VGA sensor slap-bang in the middle of the screen surround.

Both cameras are – predictably – charitably described as basic. The main camera has no flash, and uses a fixed-focus lens. That means you have no control over the subject of your photo, and can’t take in-focus snaps of anything close-up.

Images are grainy and feature limited detail. These images are good for frivolous sharing over Twitter or Facebook, at a push. 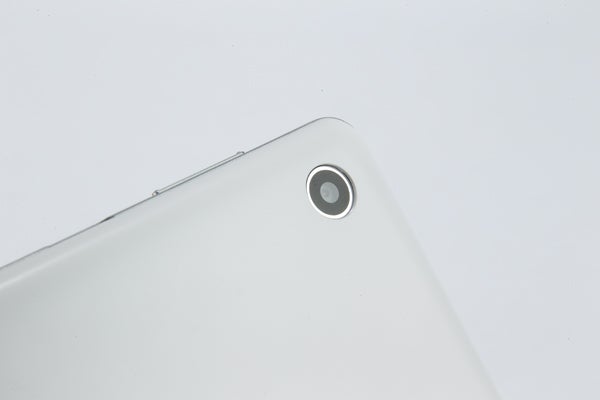 What’s much more important for a tablet is battery life. The Acer Iconia A1 has a 4,960mAh battery, which is roughly comparable with the Nexus 7 4,325mAh unit and the iPad mini‘s 4,490 mAh battery.

Given this limited spec cred, its stamina is good. It will last for around eight hours of SD-quality video playback with a natively supported codec.

We wouldn’t recommend relying on the internal speaker for any movie-watching, though, as it’s a piddly mono job with little clout. Just like the Nexus 7, speaker quality isn’t something the Iconia A1 focuses on. 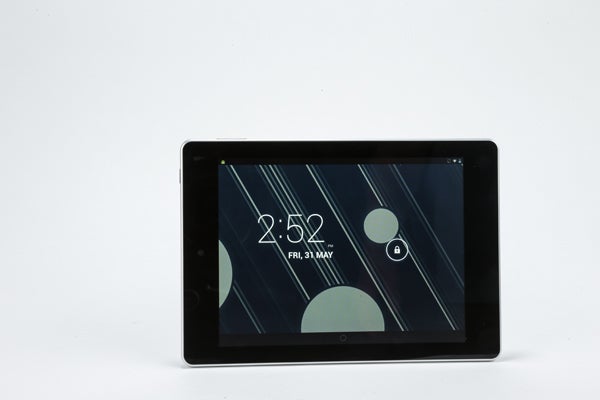 Should I buy the Acer Iconia A1?

The Acer Iconia A1 is riddled with compromises. Its screen isn’t great, the internal speaker is mediocre, it’s a touch weighty and some of the most challenging games are a little too much for the MTK quad-core processor.

However, while they are too significant to forget with a wave of the hand, they don’t amount to a game-ending set of drawbacks. It’s well-made, its approach to software is just right and the 4:3 aspect ratio is great. It’s the screen shape that makes the Iconia A1 a solid alternative to the slightly more capable Asus Fonepad, as a 4:3 7.9-inch screen does seem a lot larger – and more comfortable on the eyes – than a 7-inch widescreen one. Although the Fonepad’s built-in 3G is a tempting addition.

In reality, though, at this size and price you’re choosing between the Nexus 7 and the Iconia A1. If you prefer the iPad-like screen aspect, the A1 is your best bet. It’s a very capable tablet at a great price. But if that doesn’t matter to you the Nexus 7 still edges it. It’s the same price and has a higher capacity battery, two key things in its favour.

The Acer Iconia A1 has a bunch of minor problems. Its entry-level IPS screen is ageing badly, it doesn’t have as much power on tap as its ‘quad-core’ processor may suggest and it’s a bit heavy. But all this proves is that this £150 is not magic. There are compromises involved in a tablet this cheap, but weigh them up against the savings made and this fun, accessible little Acer makes a lot of sense.