The Acer Iconia A1-830 is an update to the original Iconia A1, released last year. It’s a tablet that deliberately borrows a few key design elements from the iPad series – most importantly screen size and shape – while costing a lot less.

The tablet costs around £170, and will be available in the UK around the end of February 2014. 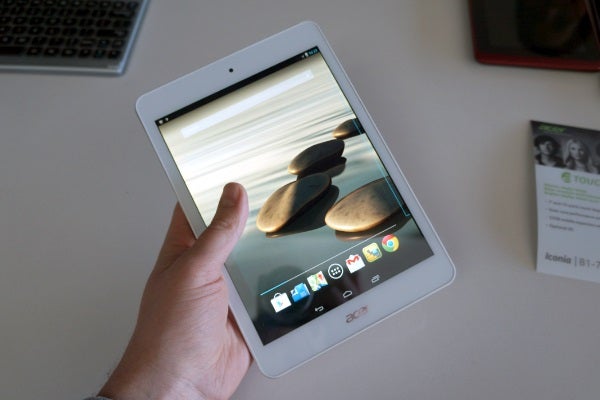 Acer Iconia A1-830 – Design and Features

We mostly liked the original Iconia A1 – mostly because it was cheap – but there were several criticisms. It was chunky, plasticy and had a low-resolution screen.

Acer has done its best to address the design issues with the original in the Acer Iconia A1-830, which is one of the reasons why the price is this second model isn’t and lower than the last, in a time of dropping tablet prices. 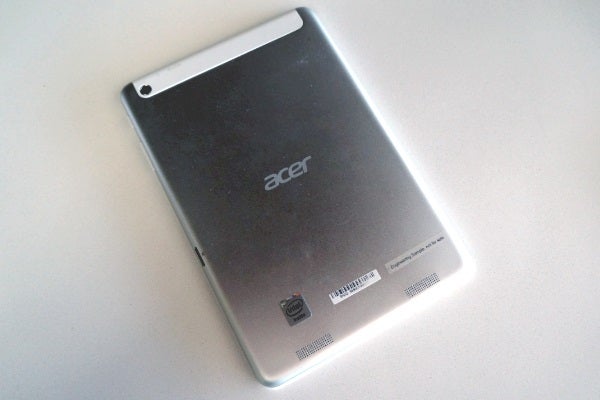 It has a metal body this time, rather than a plastic backplate. Its design and look is entirely indebted to the iPad mini, but Acer has pulled off this theft pretty well, given its sub £200 price.

You don’t get the immaculate feel of an Apple product – it doesn’t have the same feel of density and even weighting – but it’s a cut above most other metal bodied iPad-a-likes we’ve seen. It’s also very slim and pretty light, without feeling too light, and the screen bezel is slim too, in iPad mini style.

On the rear of the Iconia A1 you’ll find two speaker grilles cut into the aluminium back. The tablet has stereo speakers, although as both are mounted into the bottom end, you’re not going to get any sense of a stereo image here. 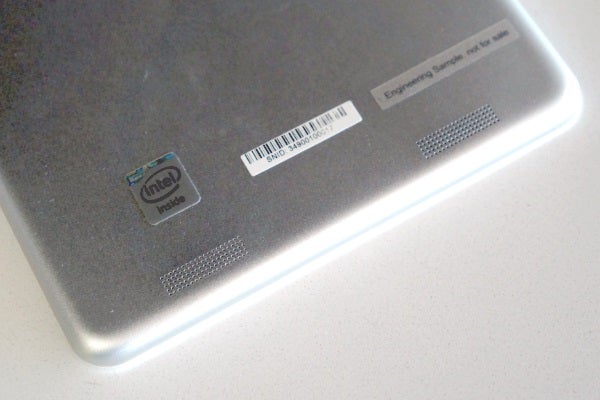 The screen is also slightly limited. It’s a 7.9-inch screen but the resolution is just 1,024 x 768 pixels. That’s the same as the first iPad mini, not the current one. As such, the display is not super-sharp. Colours are also slightly muted.

However, if you haven’t yet been spoilt by recent high-end screens, we imagine you’ll be pretty happy with this tablet’s screen. It’s an IPS screen with decent image quality and great viewing angles. Contrast is also much improved over the last Iconia A1 model, thanks to improvements in the screen architecture. 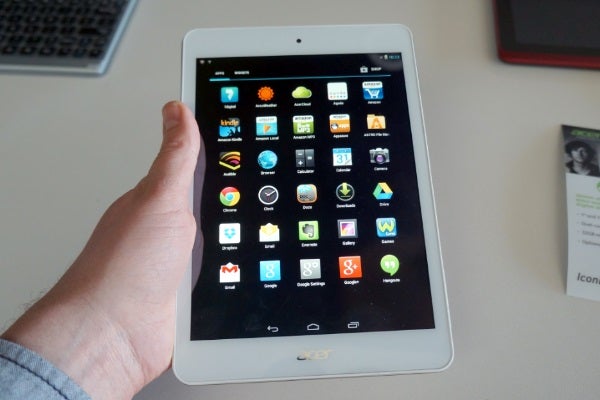 Acer Iconia A1-830 – Software and Performance

As much as the Acer Iconia A1 looks like an iPad mini, in use it’s completely different. This is an Android tablet, running Android 4.2.

It has ‘just’ a dual-core processor, but it’s a 1.6GHz Intel Atom chip that will generally outperform other non-Atom tablet processors. It’s a Clover Trail-generation chip. Although we didn’t get to test the Iconia A1-830 out with any high-end games, general performance was solid.

The tablet runs a lightly customised version of Android 4.2, with some Acer-supplied visual tweaks – mostly in the form of optional widgets. It’s a mostly vanilla take on Google’s OS – and that’s a good thing. An Acer spokesperson said that the company is looking into bringing Android 4.4 to the tablet, but it’ll depend on the exact hardware requirements of the system. 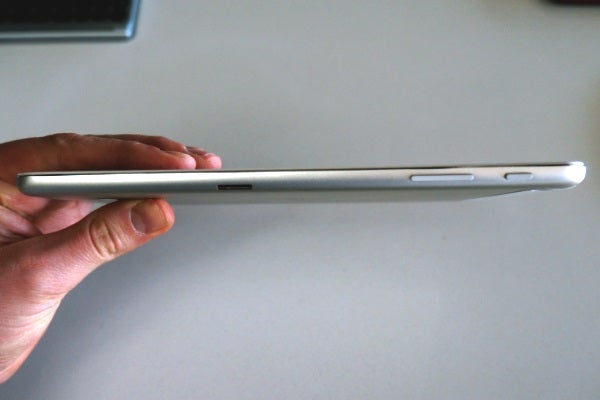 Unlike some low-end tablets, the Acer Iconia A1-830 has two cameras rather than just one. There’s a 5-megapixel sensor on the back and a 2-megapixel one on the front. We’ll test these features further when we get one in to review.

Battery life is fairly unremarkable, pegged at around seven and a half hours according to Acer, where more expensive rivals tend to take 8-10 hours as their minimum. It’s similar to the performance of the first Iconia A1. 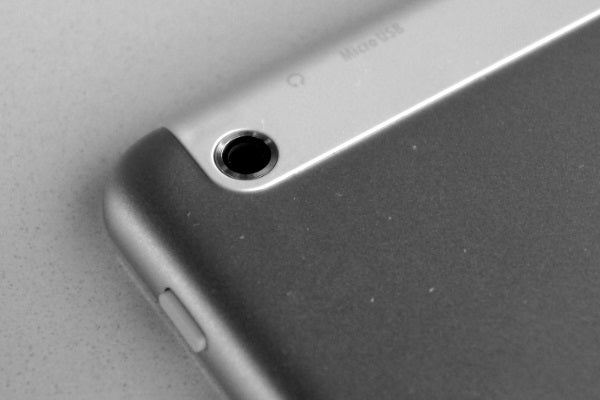 People expecting the Acer Iconia A1-830 to be a cheap iPad mini will likely be disappointed. It looks like an iPad mini, but the Android OS means it’s nothing like an Apple tablet. It’s also not particularly remarkable in terms of the specs it offers, thanks to a low-resolution screen and middleweight processor. However, it looks and feels pretty good for the price.