While no projector as cheap as the H6517ST is ever going to be perfect, it’s far better than I had expected it to be.

For starters, it manages to avoid the two most common shortcomings of short-throw lenses by maintaining sharpness right into the corners of its images, and by avoiding any bending/sagging in the picture’s top or bottom edges. 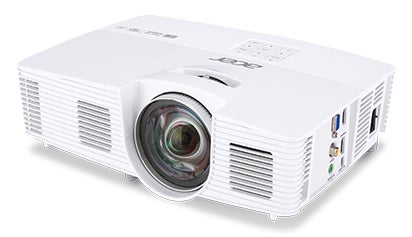 It’s also extremely bright for the money: bright scenes pop off the screen with impressive dynamism and look engagingly three-dimensional and solid. Moreover, the sense of depth is enhanced further by some surprisingly subtle colour-tone handling, and by high detail levels that clearly reveal the benefit of the native Full HD resolution.

The clarity holds good during action scenes too, since both motion within the frame and camera pans appear largely untroubled by either motion blur or judder.

Out of the box, colours don’t look as natural as I’d like them to. The Brilliant Colour setting tends to make tones look a little cold, yet if you turn it off tones become too warm (red) and detail suddenly disappears in peak brightness areas.

Fortunately, these initial issues can be dealt with pretty easily by injecting a little extra red into the Brilliant Colour On picture when using the Movie or Dark Cinema Room options.

Meanwhile, the Dynamic Black feature – which helps give images their maximum contrast impact – also impresses by suffering with practically none of the brightness instability that often accompanies such light control technologies.

The H6517ST performs slightly better than expected when it comes to black-level response, too. Sure, there’s a degree of greyness over areas of the picture that should look black, but it’s sufficiently subdued to stop you always feeling like dark scenes are a poor relation to bright ones.

The H6517ST suffers minimally with the glowing effect over areas of peak brightness that’s afflicted some recent budget DLP projectors. In fact, it controls its decent contrast range nicely, leaving you with an image that looks balanced and natural, rather than stretched or forced.

One last H6517ST plus point is that it doesn’t suffer as much as I’d have expected with fizzing noise in dark areas, or over skin tones.

The H6517ST’s pictures do suffer one significant flaw, however: the so-called rainbow effect. This issue, which sees stripes of red, green and blue flitting over stand-out bright elements, is common with single-chip DLP projectors. However, it’s particularly noticeable on the H6517ST; so much so, in fact, that it could be a deal-breaker if you’re one of those who’s susceptible to seeing the phenomenon.

If you’re thinking of relying on the H6517ST’s for your sound, then think again. Its speaker boasts only 2W of power, so it’s no surprise to find it sounding painfully flimsy. There’s no bass, it can’t go loud without becoming harsh, and vocals sound unrealistic. This is definitely a sound solution of last resort.

The H6517ST is able to finish on a winning note, though, thanks to its input lag. I measured this at well under 20ms when using the projector’s Game mode, which is one of the lowest such figures I’ve recorded. This means the H6517ST could be a great option for big-screen gaming. 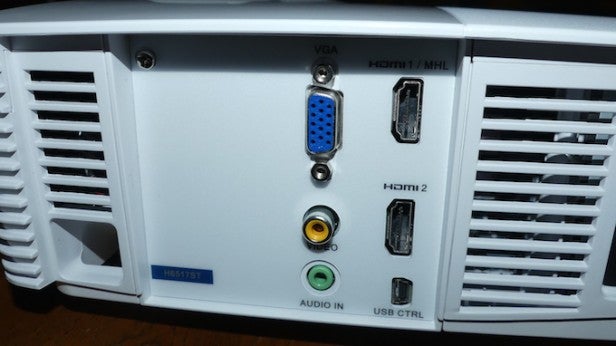 So long as you’re not particularly susceptible to seeing DLP’s rainbow effect, the H6517ST is a compelling proposition. It delivers a well-judged balance of short-throw convenience and good picture quality at an eye-catchingly low price.

You can get better picture and, especially, sound quality, as well as an even shorter throw distance from the Philips Screeneo 2.0. However, this model is far more expensive at £1,500.

Another alternative, especially if you’re wanting a projector for a room that’s usually affected by ambient light, is the Optoma GT5000 running in conjunction with Optoma’s innovative “daylight viewing” ALR100 screen.

The Acer’s rainbow-effect issues might be a concern for those who are susceptible – but for everyone else, the H6517ST is a surprisingly strong performer for such an affordable price.