I have to admit I was initially a little bit skeptical when I received this newly-launched camera from electronics and computer component manufacturer Acer. From past experience with other companies trying to break into the digital market, I assumed that it would be similar to many other low-cost Chinese import cameras bearing the logos of well-know electronics brands. I have seen a number of such cameras, and they have generally proved to be of extremely poor quality. I’m happy to report however, that I was pleasantly surprised when I unpacked the CU-6530.


The camera is being launched at a high street price of £199, which puts is well above the level that could be considered ‘budget’, although it is still towards the low end for an ultra-compact six megapixel camera, especially considering that the actual retail price will very probably be lower than that. 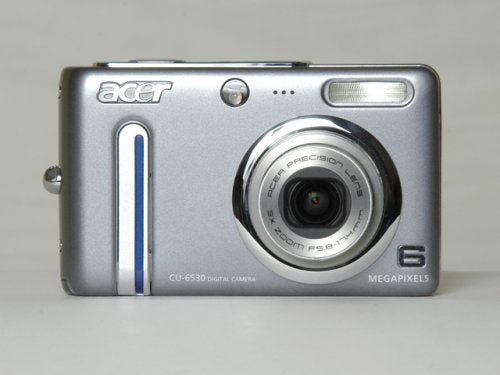 In both style and price it’s competing with the likes of the Pentax Optio S6 and Olympus FE-140, both of which have an RRP of £229. That’s a pretty ambitious start for a company that’s relatively new to the digital camera market. Can this new camera really compete with such long-established brands?


The overall design of the CU-6530 is exceptionally good. The camera is comparable in size, weight and shape to the Optio S6, although it is actually 1mm thinner. The strong all-metal body has rounded corners and smoothly recessed controls, making it the ideal shape to slip into a shirt pocket or handbag. The matt grey finish and chrome details are stylish and durable, and the camera looks and feels a lot more expensive than it actually is. 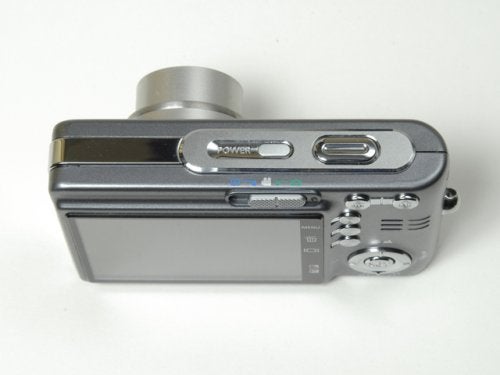 Some cheaper camera brands cut manufacturing costs by using inferior internal components, resulting in very slow start-up times and poor performance, but the CU-6530 powered up in a very respectable two seconds, faster than many more expensive cameras. The 2.5-inch LCD monitor is exceptionally clear and sharp, with a resolution of 230K pixels, again superior to many other more expensive cameras, and has a fast refresh rate and very little display lag. Certainly there are cameras with faster displays, but this one is by no means bad.

The external controls are nicely designed and sensibly arranged, and are easy and generally intuitive to operate, although some of the lettering is rather hard to read. A number of options are available with a single button press, including a very useful backlight compensation feature, and also exposure compensation.


The only real handling problem is the lack of a useful thumb grip on the back. The rounded shape of the camera body makes it a little bit slippery to hold. It could do with some sort of textured panel or lip on the right below the zoom control, a feature found on most other similarly sized cameras. 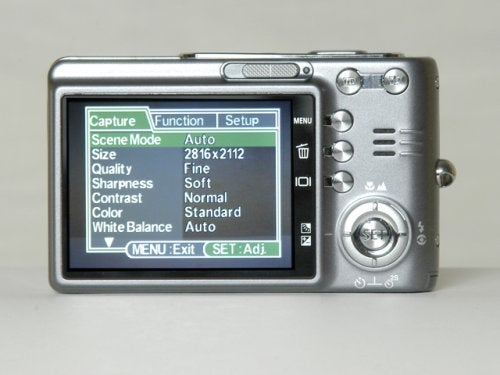 Again in contrast to most budget cameras, the menu is quick, clear and concise, although the non-standard navigation takes a little getting used to, with ‘set’ taking you on to the next page, rather than the right-arrow as is more usual. Top position on the menu is the scene mode selection, with a respectable 18 modes available, including a user-defined setting, again keeping pace with other more expensive cameras.


The other menu options are fairly limited, and there are a few things missing I would have liked to see. There are no alternative focus or exposure modes, and the only metering options are multi-point or spot metering, but at least sharpness and contrast are adjustable. 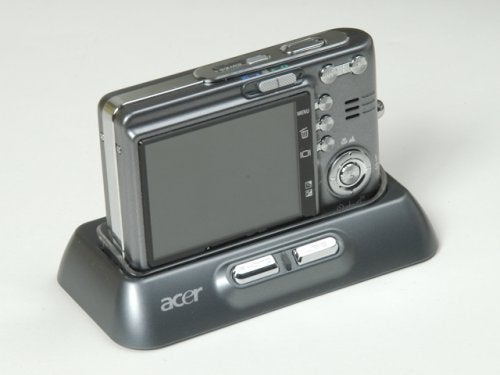 In terms of overall performance, the CU-6530 is comfortably above average. The AF system is not the fastest around, taking around a second to focus in good light, slightly longer in low light although it does have an AF illuminator. In continuous shooting mode and full resolution, the CU-6530 can fire off five shots in three seconds, which is good, but it then takes nearly 20 seconds to write them to the supplied memory card, during which time the camera is locked. Using a better quality card this delay was reduced to just over 10 seconds, a far more reasonable time. The battery is a big 3.7V 820mAh lithium-ion cell, which easily powered the camera for several days on a single charge.


The only major performance problem is the built-in flash, which is both under-powered and poorly metered, barely meeting its stated range of just 2.4 metres, but still burning out highlights at close range. The exposure system attempts to compensate by increasing the ISO sensitivity, but this only results in high levels of image noise. It produced good results only under optimum conditions, indoors with the subject at about 1.5 metres.

Finally we come to the most critical issue, picture quality. All in all, I have to say that I was very impressed by the pictures produced by the CU-6530 in nearly all conditions.


The exposure system copes extremely well in good lighting conditions, and as a result colour rendition is rich and vivid, although it does tend to over-saturate when shooting into the light. However this can be corrected by using the spot metering or back-lighting options.


The lens is also very good, comparable in quality to the improved Pentax Sliding Lens system found on the S6. It produces good edge-to-edge sharpness with very little sign of the blurred corners produced by some compact zoom lenses. Barrel distortion at wide angle is noticeable, as is a slight darkening of the corners of the frame, but not enough to be considered a problem.


One point worth mentioning is that the default sharpness setting is far too harsh, producing lines around high-contrast edges and some sharpening artifacts. However, setting the sharpening to ‘low’ in the menu produced much nicer results, again comparable to other more expensive cameras. 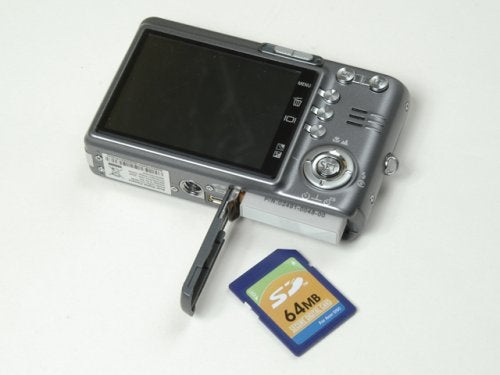 Although image noise is a problem for the CU-6530 in low-light conditions and at longer shutter speeds, it is generally very well controlled and not obtrusive. The maximum ISO setting is only 200, but under normal conditions this setting is not too noisy, although it does lead to some loss of detail. In good light and using the 50 ISO sensitivity setting, this camera can produce extremely high quality photos, comparable with any of its more expensive rivals.


The Acer CU-6530 is remarkable value for money, and compares favourably with many more expensive cameras in terms of both performance and picture quality. It is well made, attractively designed and has an above average specification. It also comes with a generous bundle of accessories, although the supplied 64MB card is very slow. All in all, a genuine bargain and an auspicious debut in the UK camera market for Acer.

Note: These ISO test shots were taken on a very wet overcast day when to be honest nobody in their right mind should be out taking photos, and the haze in the pictures is a result of the lousy weather, not the camera. For these shots, and most of the others, sharpness was set to low. 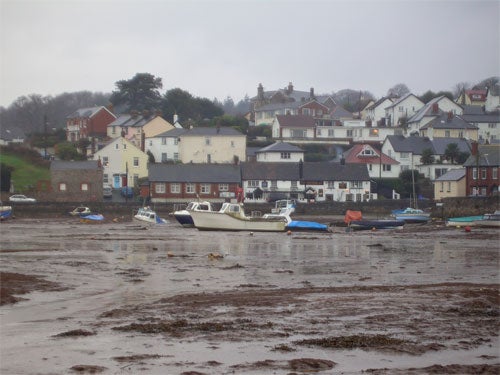 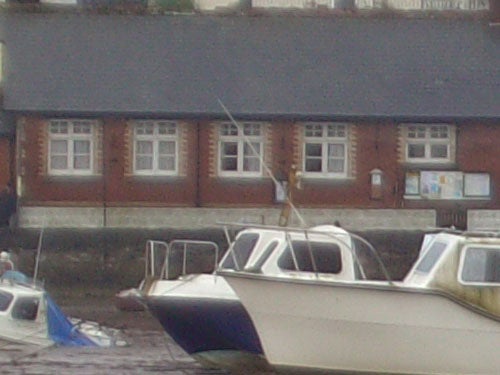 1/8th sec, f4.8, ISO 50. At the lowest sensitivity setting, even in these terrible photographic conditions, the CU-6530 produces a sharp image with good colour rendition and no visible noise. 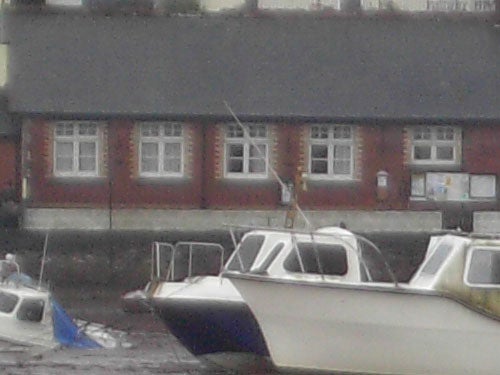 1/15th sec, f4.8, ISO 100. At 100 ISO colours are more muted, some detail has been sacrificed, and there is some colour speckling in the darker areas. 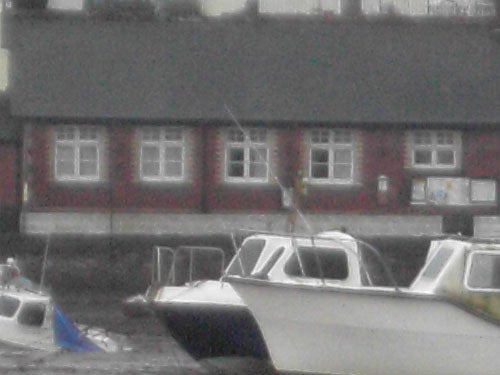 1/30th sec, f4.8, ISO 200. At the maximum sensitivity setting even more detail has been lost, colours are distorted and there are random patches in places, but the overall noise level is still good. 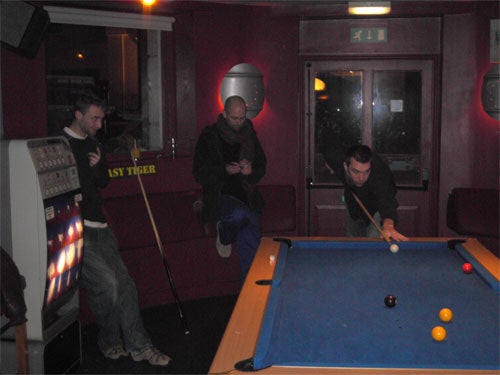 Taken at a range of about 2.5-3.0m, this shot shows the lack of power of the camera’s built-in flash. Most other comparable cameras would have no trouble filling this space. 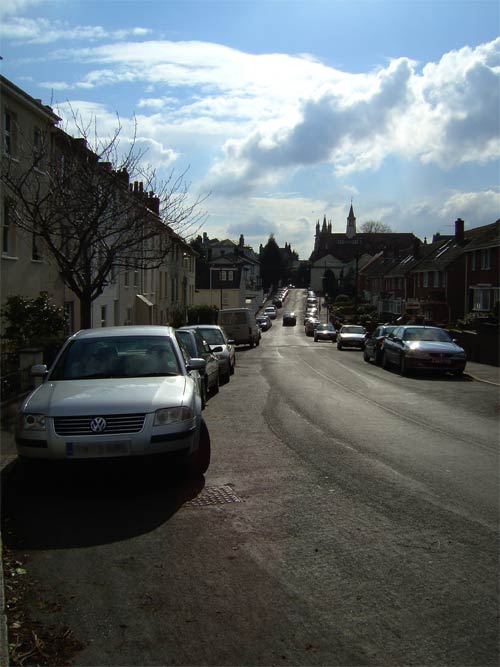 Wide angle on the CU-6530 is equivalent to a 35mm lens, which is wider than some. This was shot into the sun, and the exposure system has coped well with the contrast, although there is some lens flare. 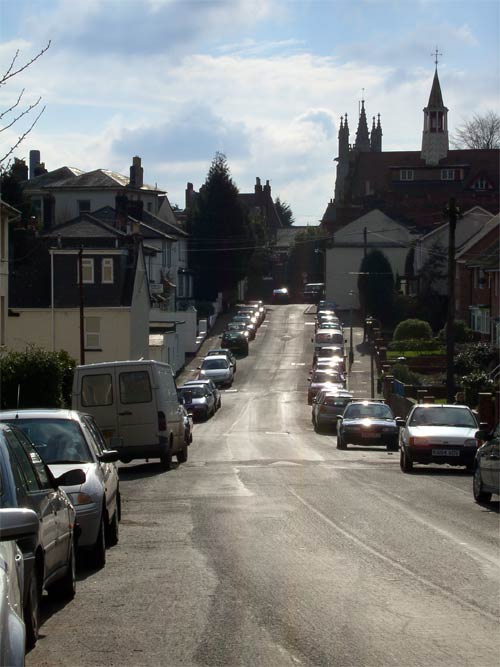 Zooming in to maximum magnification on the same scene shows the flattening of perspective that is produced by a telephoto lens. 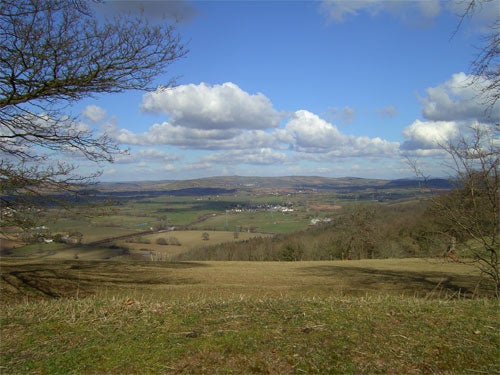 Under ideal conditions the Acer CU-6530 is capable of turning in some excellent photos, with good edge-to-edge sharpness and plenty of detail. There is a little chromatic aberration in the top left corner though. 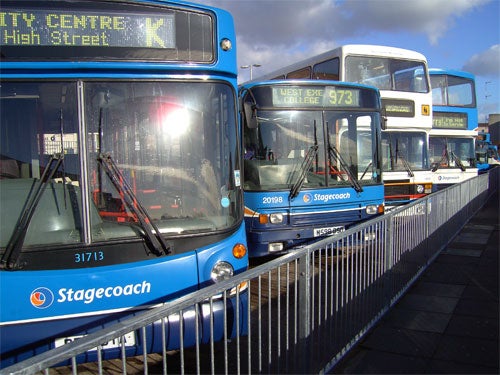 The default sharpness level is much too harsh, producing hard edges and black lines around the lettering. Setting it to low sharpening produced much nicer results.