Back in March I reviewed the CU-6530, an ambitious new 6-megapixel ultra-compact camera from computer components manufacturer Acer, a newcomer to the highly digital camera market. I was pleasantly surprised by the performance and quality of the camera and its outstanding value for money. Thus I was very interested to hear about the company’s latest model, the CP-8660.


If the CU-6530 was ambitious, then the CP-8660 is positively audacious. It offers an 8.23-megapixel CCD, an f2.8-4.8 6x optical zoom lens, a massive 2.8 inch LCD monitor, manual exposure control and an anti-shake system, all for a suggested retail price of £249 – though it won’t be available until August. With a specification like that it’s competing head-to-head with high-end models from long-established brands, cameras like the Panasonic Lumix LX-1, Canon PowerShot A620 or the Casio Exilim EX-Z850, although in fact there isn’t another camera on the market that can match all of its features. There’s no doubt then that the CP-8660 talks the talk, but can it walk the walk? 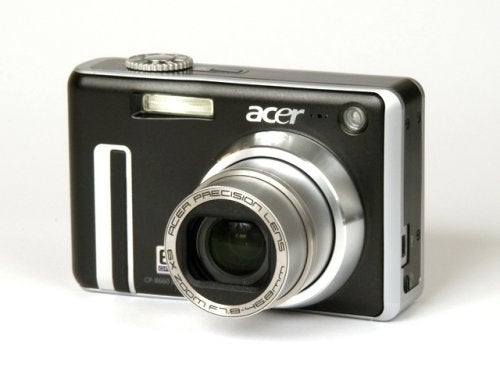 Like the CU-6530, the CP-8660 makes a good first impression. It has several cosmetic features in common with the earlier model, including the styling and position of the main controls on the rear-panel, and the handgrip detail on the front. It’s a little bigger than its junior sibling tough. At 29mm thick and weighing a not insignificant 180g without battery it’s a bit to bulky for a shirt pocket. It’s roughly the same size and weight as the Canon PowerShot A540 that I reviewed a few weeks ago.


Build quality is certainly up to scratch. The camera has a strong aluminium body with an attractive matt finish that doesn’t show up finger marks. It feels solid and businesslike, and sits comfortably in the hand, although it could do with a better thumb grip area on the back. 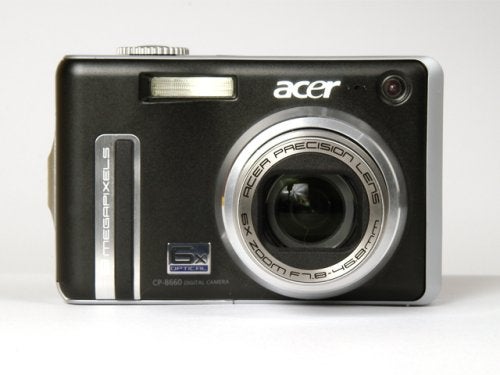 The external controls are for the most part sensibly laid out and clearly labelled, although the zoom control is a bit small and fiddly for anyone with large fingers. The labelling on the slider switch that selects between shooting and playback is also rather small.


It has separate controls for most main features, including focus mode, with a 5cm macro, 2cm super-macro, landscape mode and a well-implemented manual focus mode, with a magnified centre section and range scale. It has a self-timer with “2”, “10” or “10+2” second delay (one at 10 seconds, then another two seconds later), exposure compensation, and a feature found on the CU-6530, a manual backlight compensation mode.

Main shooting mode selection is done via the dial on the top panel, with options including full auto, program exposure, shutter and aperture priority and full manual exposure, as well as panorama stitching, movie mode and anti-shake mode.


Acer’s anti-shake system isn’t quite as sophisticated as the high-tech CCD-shift systems found in some of its better-known rivals. Instead it is an electronic image stabilisation system, similar to the type found in many digital video cameras. As a result it limits image size to 2560 x 1920 (5MP), and also slows down image processing. I have to say that I was not at all impressed by the performance of the image stabilisation system. Taking hand-held shots at shutter speed as high as 1/30th of a second with moderate zoom still produced significant shake blurring. Most other IS systems would have been able to handle that. 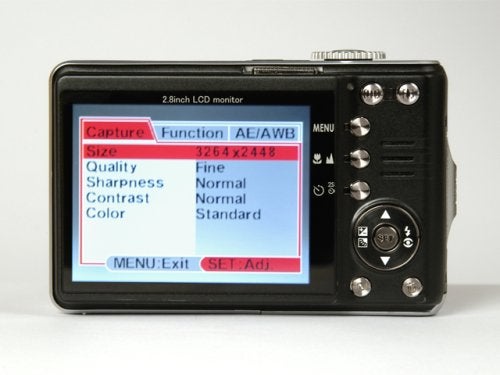 Unfortunately, it’s not only the IS system that is below standard. Exposure metering is also fairly sloppy, and is inclined to under-expose if there is any bright light in the frame. The manual backlight control helps, adding about a stop of exposure, but a decent multi-segment exposure system should be able to cope with this sort of thing.


Focusing is accurate and reasonably quick in good light, but despite the AF illuminator it has real problems in lower light conditions, often failing to lock on at all.


Overall performance is also rather weak by modern standards. The camera starts up in around three seconds, but it was in shot-to-shot delay times that it really fell down. In continuous mode it can shoot only three frames in three seconds before it has to pause for five seconds to write the pictures to the memory card. In standard mode there is a delay of about 1.5 seconds between shots. This was using a high speed Sandisk Ultra II card; using a cheap generic memory card writing took three times longer. To make matters worse, when shooting in continuous mode the LCD display is blank between shots, so your second and third frames are probably going to be a bit off target. 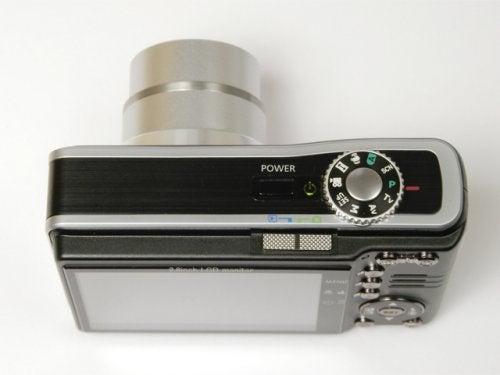 The menu system is also inexplicably slow. After every menu operation there is s noticeable delay as the screen refreshes. It is also poorly laid out, with ISO setting being found on the third page of the shooting menu.


The movie mode at least adequate, able to shoot at 640 x 480 resolution and 30 frames a second with audio, although the optical zoom cannot be used while filming. A 1GB card provides enough storage for over 14 minutes of recording or 228 still shots at the highest quality and resolution. The JPEG files at this resolution average around 2.7MB. Not surprisingly, there is no RAW mode.

Battery life is good. The CP-8660 is powered by a fairly hefty 1250mAh Lithium-ion rechargeable battery. Acer makes no specific claims for its duration, but I took around 100 shots and several video clips with it and the battery indicator was still registering as 2/3 full. Assuming it is accurate I would estimate that it’s good for at least 250-300 shots. The battery is charged in the camera by a supplied mains adapter.


Another major plus point is the excellent 2.8 inch LCD monitor. It has a quick response time, and with 230k pixels it is nice and sharp.


Picture quality is of course the most important criteria, and here the CP-8660 can provide good results under the right circumstances. Colour rendition is very natural, and in good light and normal conditions the exposure system produces generally nice shots. Oddly the ‘vivid’ colour mode didn’t appear to make any difference to colour rendition at all. 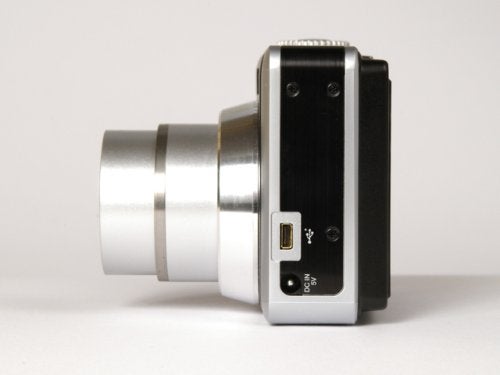 Unfortunately, the camera’s sensor seems to have very limited dynamic range, so any image with both shadows and highlights tends to lose detail in both. However with 8-megapixels of resolution pictures are well detailed and there were no obtrusive visible compression artefacts. There was some purple fringing around very bright highlights, but I’ve seen worse from more expensive cameras. Image noise control was also good, with noise and colour speckling only really a problem at the maximum 400 ISO.


Like most long compact zooms, the 7.8-46.8 mm (37-222mm equiv.) unit on the Acer is an optical compromise, but it does actually perform quite well. It has significant but not catastrophic barrel distortion at the wide end, but overall sharpness is good and there is no significant corner blurring under normal conditions. The super-macro shots were a little distorted, but in focus and accurately exposed. 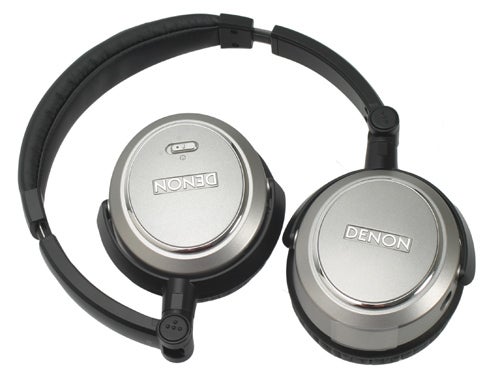 As with the CU-6530 the flash is underpowered, with a maximum range of just 2.5m, and is inclined to over expose at close range, but at medium range it does produce nice results.


The CP-8660 is, as I said at the start, an audacious camera but as it turns out, overly so. It does offer a unique combination of features but performance is slow and the anti-shake system is largely ineffective. However, picture quality is generally adequate and the 6x zoom range is very useful. The problem is that there are better cameras on the market that can beat it in every respect, and for about the same price. 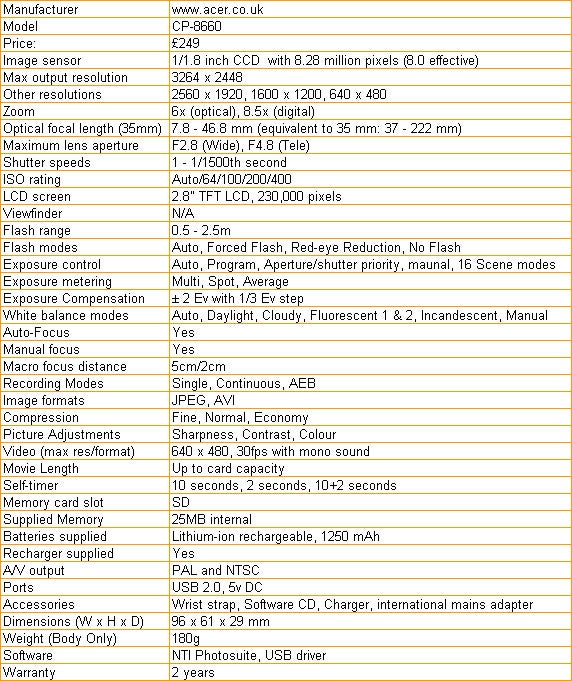 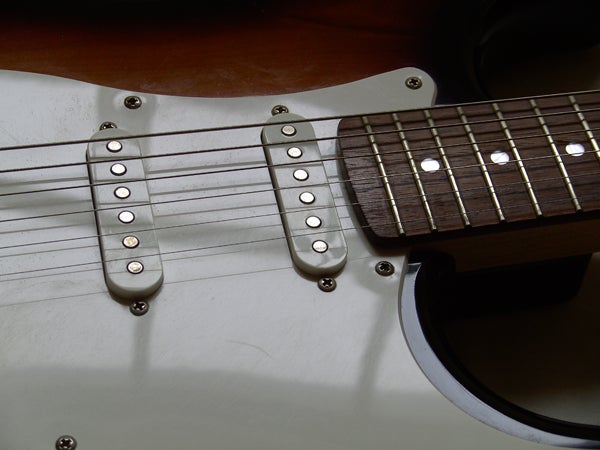 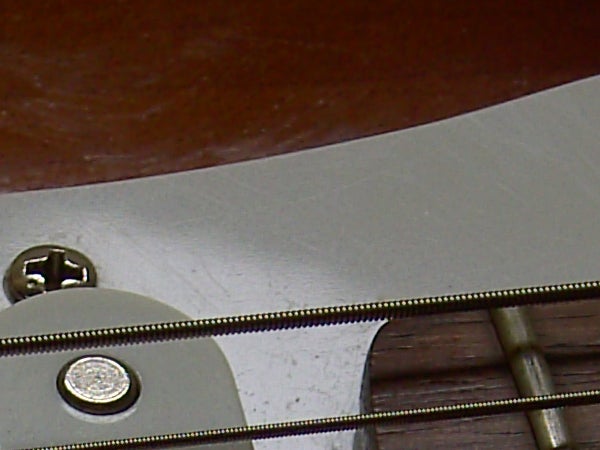 At the minimum ISO setting the image is nice and clear, with good contrast and plenty of detail, although some detail highlights have burned out. 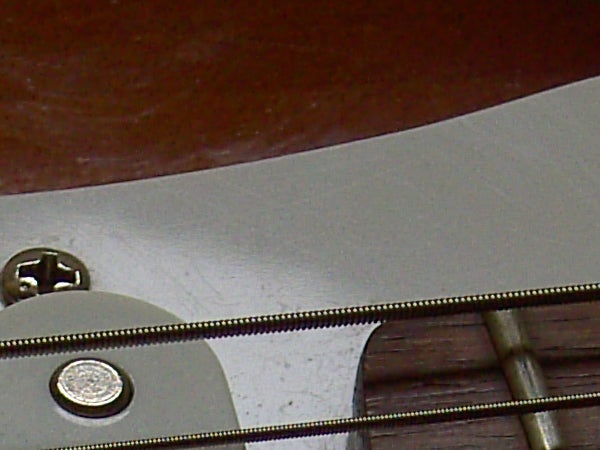 At 100 ISO the image is still very good, with no visible noise. 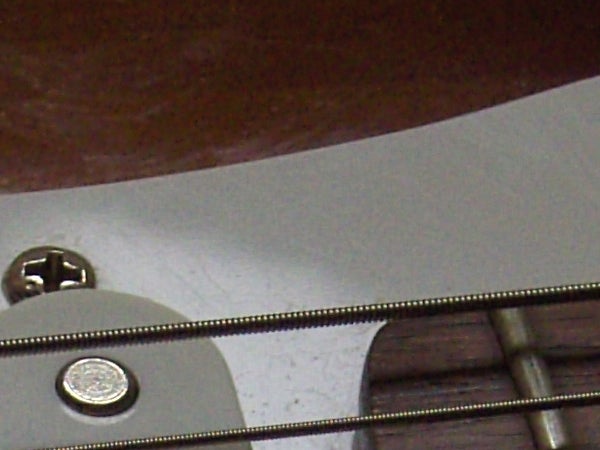 At 200 ISO there is still minimal image noise, and only a tiny hint of colour speckling in the darker areas. 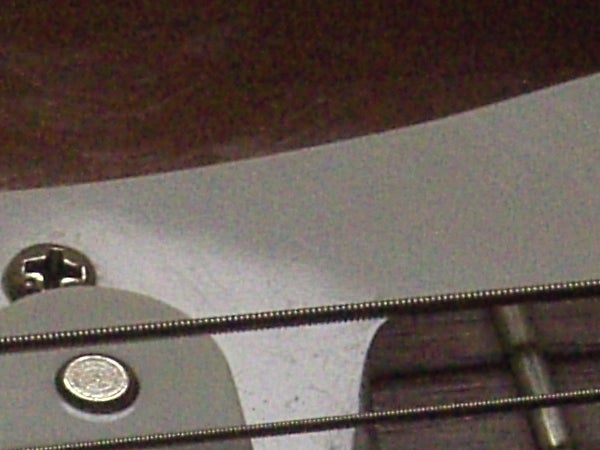 At the maximum ISO setting there is image noise plainly visible, but it is not obtrusive and doesn’t detract much from the image. 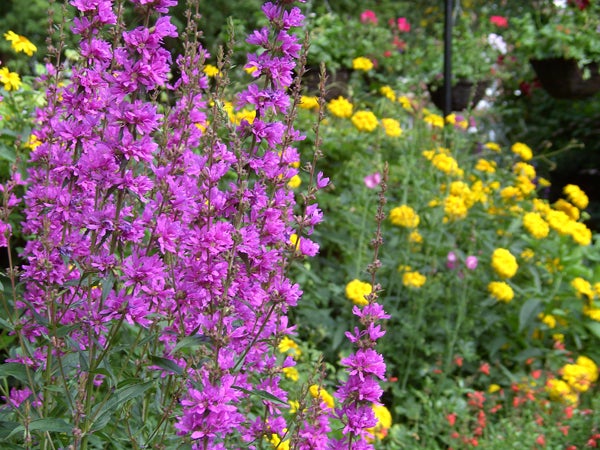 The CP-8660’s colour rendition is very natural, accurately depicting these flowers which were shot on a cloudy day. 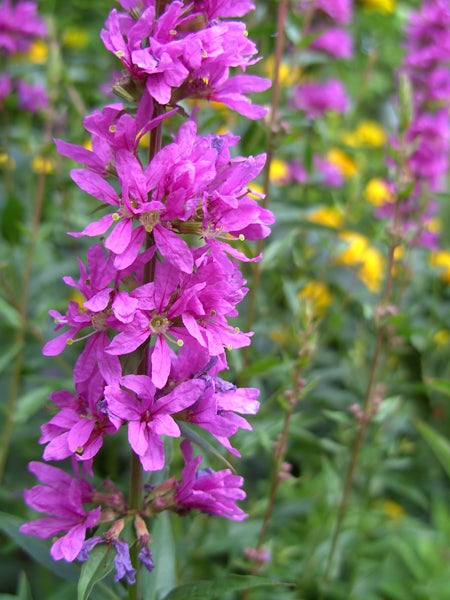 Zoomed in a little, the macro range is 90cm to 180cm. It produces quite a nice narrow depth of field. 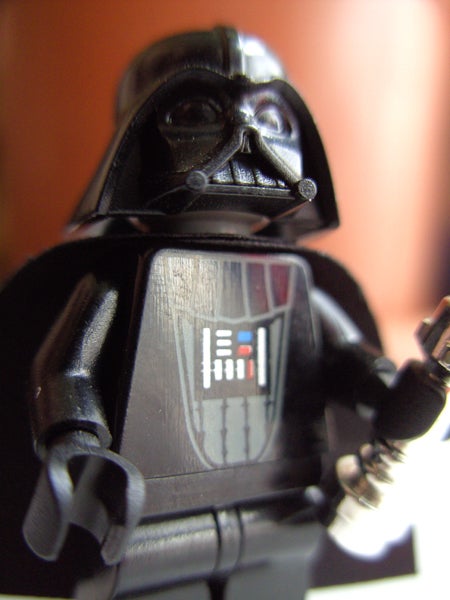 I have altered the macro setting. ”Pray I do not alter it further”. 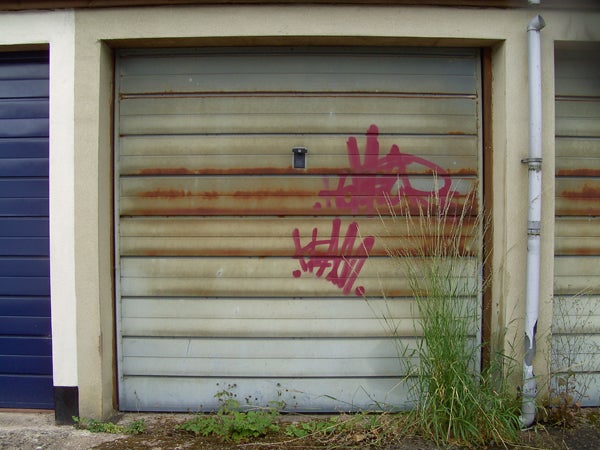 The versatile 6x zoom lens suffers from quite bad barrel distortion at the wide end of its range, as shown by the curving parallels in this shot. 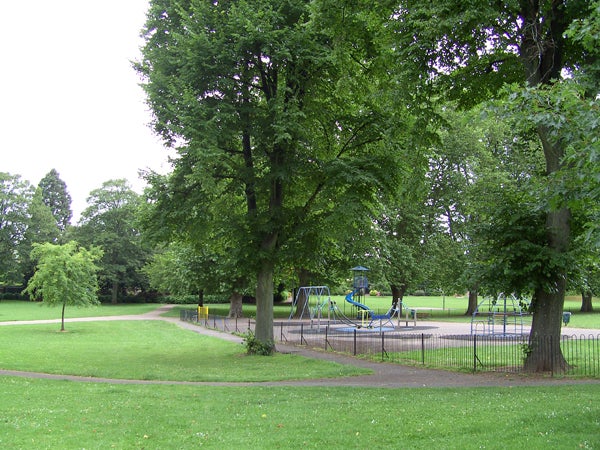 The wide end of the zoom range is equivalent to 37mm, which is slightly longer than average for a compact. 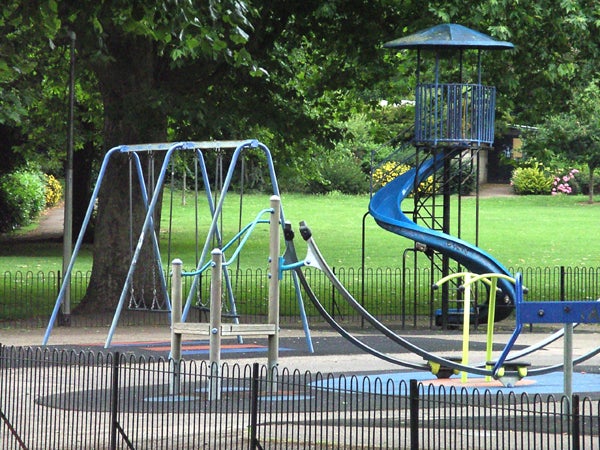 Taken from the same vantage point as the previous shot, this shows the power of the telephoto end of the lens, equivalent to 222mm.