What is the Acer C720P Chromebook?

The Acer C720p Chromebook is the updated version of the 11.6-inch C720P announced in late 2013, giving it a white makeover that’s almost certain to get dirty as quick as a box fresh pair of white trainers.

Priced at around the £250 mark and available from February, the C720 successor has largely the same specs as the original including a touch screen LED display and is powered by an Intel processor.

After Dell became the latest laptop manufacturer to jump aboard the Chromebook wagon late last year, the battle to provide the best affordable laptop alternative with Chrome OS at the heart is starting to get interesting and the C720p definitely has the specs and the looks to stand out. 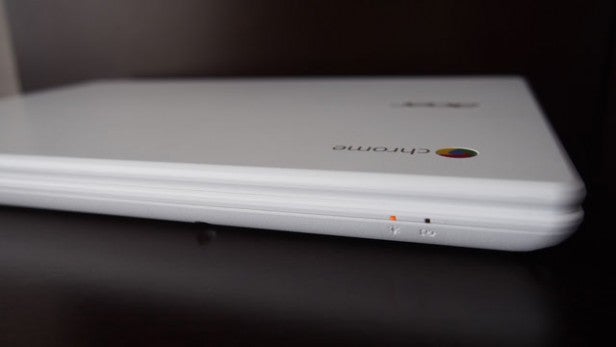 With a new lick of paint Acer is calling ‘Moonstone white’ the clamshell-style C720p has a look that’s reminiscent of the dinky Asus Eee PC netbooks of yore. There’s a smoother, matte finish on the top lid broken up by the Chrome logo and a rougher texture on the bottom where the two speakers lie. Most Chromebooks aside from HP’s black offering have largely gone down uninspiring grey route and the brighter hue helps give the C720p a more appealing look.

Connectivity is the same as its predecessor with SD card, USB over on the right edge with HDMI, while a 3.5mm headphone jack accompanies the power port on the left.  Acer has also snuck in a 3G card compartment at the back where the hinge lies so you can surf the web when you are way from the Wi-Fi. Elsewhere, there’s a HD webcam that you can also take pictures with and add filters. Don’t expect to make good use of it though if you like to take the odd selfie or two as image quality is pretty sub-standard.

Weighing in at 1.35kg and measuring just 19mm thick it ticks that all-important portability box making it lightweight and comfortable to carry around all day in your bag without the threat of a back ache. 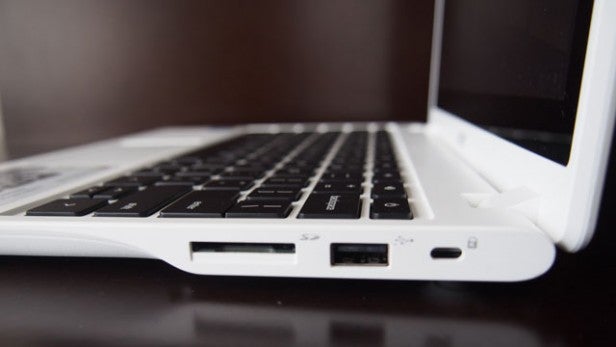 The screen is usually a department where Chomebooks suffer the most. The C720p’s features an 11.6-inch 1368 x 768 touchscreen backlit display making it one of the better Chromebook screens we’ve seen for clarity and sharpness. The text on web pages is nice and sharp while video playback produces reasonably clear images. Considering the price, the display delivers pleasing results.

The touchscreen features 10-point touch support so it’s primed for gestures like swipes and pinch and zoom when you are searching through a Google Drive document or a web page. It responds well to gestures, although on occasions did take an extra press to launch applications from the desk tray. 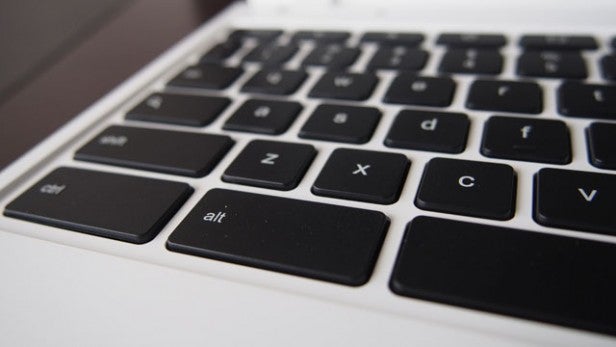 Powering the C720P is an Intel Celeron 2955U processor accompanied by an improved 2GB of RAM and 32GB of on board memory so you don’t have to entirely rely on using Google’s cloud-based storage. Embracing Intel’s Haswell architecture means having multiple tabs open is handled much better than older Chromebooks. More importantly, it gives the battery life a boost. Acer suggests users can expect to get a respectable 8 hours before you will need to reach for the charger.

Like all Chromebooks, the OS and GUI is based around the Chrome OS and web browser and Acer has kept it vanilla so you can still get access to the Google Web store to download apps and access Google applications like Gmail and Google Drive where you’ll get 100GB of free storage. 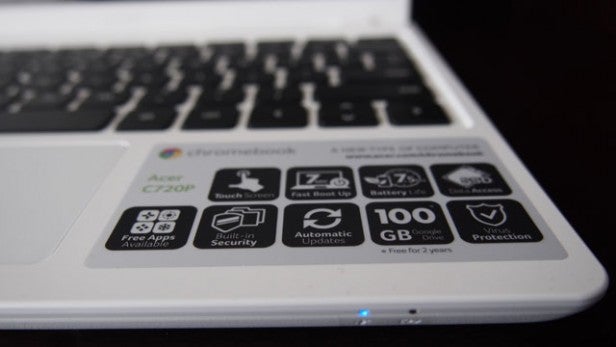 Chromebooks on the whole have to make certain sacrifices to keep the price tag low and usually it’s the screen quality and power that suffers the most. With the C720P, Acer manages to address these issues and while we probably can’t expect a full HD display anytime soon, the one on the C720P is really not bad at all. Combine that with the zippy Intel Haswell power, touted battery life and surprisingly attractive design, this is a sign that the Chromebook is going in the right direction.