Google’s Chrome OS has enjoyed a rather chequered history. The first Chromebooks were expensive and lacking in key features, but recent models – such as the super-cheap Samsung Series 3 Chromebook and the desirable Chromebook Pixel – have been more encouraging.

Even so, the operating system has a long way to go before it can be seen as a proper alternative to Windows and Mac OS – and getting third-party manufacturers on board is one way to achieve that aim. Acer – along with Samsung – is one of the first to provide its own low-cost Chromebook. The Acer C7 Chromebook is even being sold on the official Google store alongside the Series 3.

This Chromebook costs just £199, while the Samsung Series 3 is slightly more expensive at £229. Given the proximity of the prices, it’s fair to say that many potential buyers will be forced to choose one or the other. Which one should get your vote? 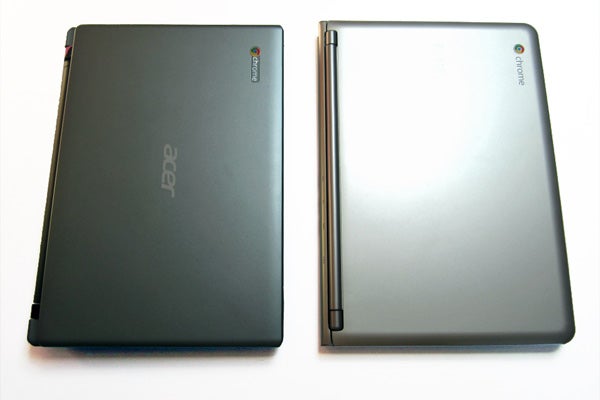 While the Samsung Series 3 successfully apes the super-desirable Apple MacBook Air, the Acer C7 Chomebook possesses less grand aspirations. At 1.4kg, it’s heavier than Samsung’s Chromebook – and is thicker, too. It looks just like your typical netbook, aside from that colourful Chrome logo on the top. Basically, this isn’t the kind of product that is going to get pulses racing. 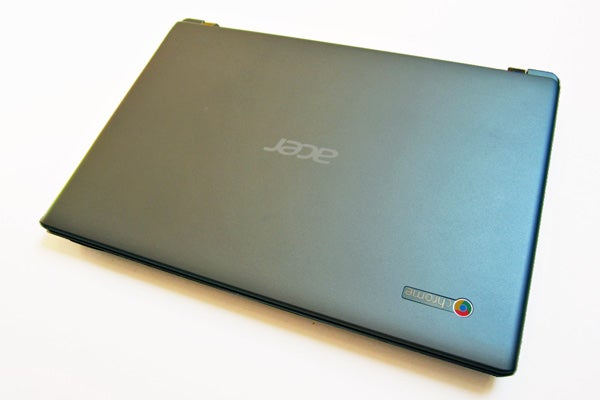 There are some elements of the Acer C7 Chromebook’s design that trump the Samsung Series 3, however. The USB ports are on the sides – one on the left, two on the right – which makes them less awkward to reach when compared to Samsung’s device. The Series 3 places them on the rear edge, forcing you to rise from your seat and reach over the screen to access them. 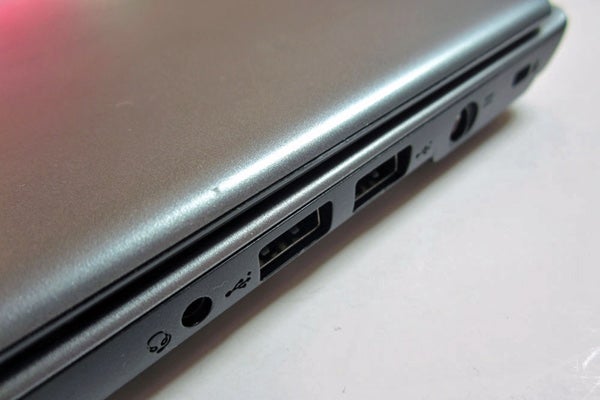 The Acer C7 Chromebook’s 11.6-inch, 1366×768 pixel resolution screen is bright and vibrant, although viewing angles aren’t great – if you tilt the screen backwards or sideways, the image becomes hard to see. The panel’s finish is also quite glossy, which can make what’s on-screen hard to discern if you’re in a room with lots of lights. Having said all that, the display is superior to the rather disappointing panel on the Samsung Series 3. 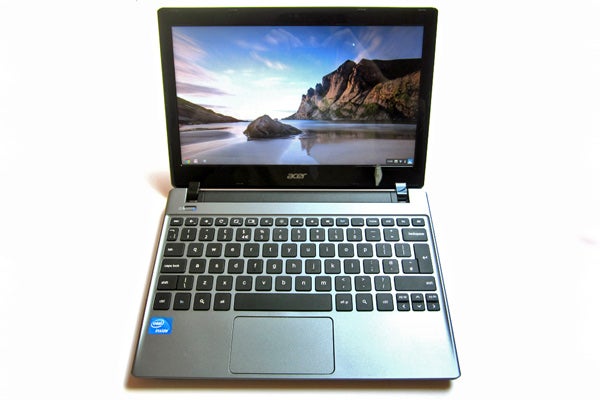 One of the biggest complaints users had with the Samsung Series 3 was the glaring omission of the caps lock and delete keys. The Acer C7 reinstates these buttons, and introduces a more button-rich packed keyboard. This should make the laptop more appealing to expert typists, but it also results in a few shortcomings – namely, there’s only so much space for all those additional keys to occupy. Things are frustratingly cramped, with the miniscule directional keys proving especially irksome to press with any degree of precision. 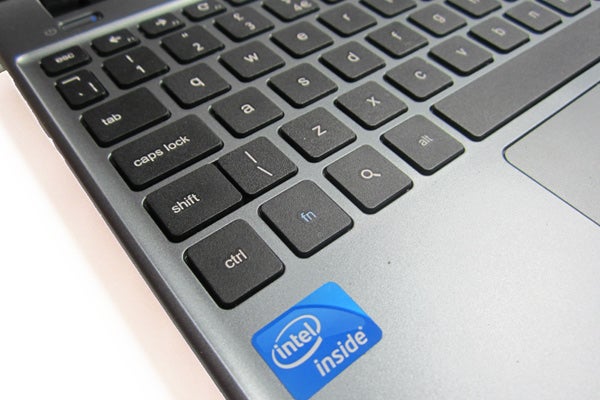 Chromebooks are built around the concept of online connectivity. Although it’s possible to perform several tasks offline, the vast majority of functions require you to be within range of an open Wi-Fi hotspot. This might sound like a crippling limitation, but when you think about it, your average laptop spends most of its time connected to some kind of wireless network anyway. 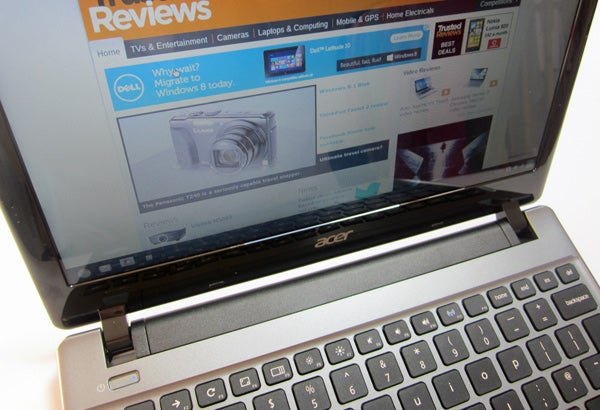 Certainly, if you’re planning on using such a device in your house or you happen to frequent a lot of wireless-friendly coffee shops, then the Chromebook ethos shouldn’t present any massive headaches. In fact, it offers many benefits; your files and documents are stored “in the cloud” rather than on the laptop’s internal memory and are therefore backed up at all times. Virus protection is a no-brainer, as everything goes through the Chrome OS – you can’t actually install things like you would on a normal PC, so there’s no danger of naughty programs hijacking your system.

Of course, the downside of this not being a normal PC is that you’re limited in many ways. You can’t install programs like Photoshop, although free alternatives – such as Pixlr – are available from the Chrome App Store, and are pleasantly competent. Speaking of apps, they’re not actually “installed” on your machine but instead run through your browser. Google’s own suite of tools includes a word processor, Powerpoint-style presentation program, spreadsheet creation tool and much more besides, so you might be surprised how much you can actually do within Chrome itself.