If you spend any time travelling up and down motorways in the UK you may well have noticed the steady increase of GPS systems in cars. They’re everywhere it seems, and not just in posh executive cars but family MPVs and small hatchbacks too. Obviously the combination of rapidly improving technology, and rapidly decreasing prices, has made GPS attainable to everyone and not just a select few.


Predictably, this has made the GPS market very competitive and Acer is just one company that has tapped into this market. We’ve reviewed a number of Acer GPS units in the past and Benny reviewed the P660, a dedicated GPS unit with TMC traffic reporting, earlier this month. Indeed, on the surface, the P660 and the c510 share quite a few attributes. 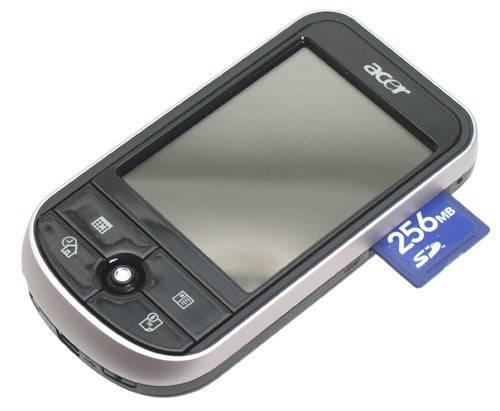 They share the same navigation software, maps and in built GPS receiver, whilst both are also based on Windows Mobile 5. They both have a 1200 mAh Li-ion battery, they both have Bluetooth and they both have a Samsung processor; it wouldn’t be too much of a stretch to say these are nearly the same units in different casings.


That said there are at least some differences. The c510 is also a Pocket PC with full PDA functionality using Windows Mobile 5, and though it lacks the TMC traffic reporting found on the P660, those features weren’t entirely reliable making them rather less valuable than the Pocket PC functionality of the c510.


The c510 also has a smaller but pleasingly bright screen, with a 2.8 inch 320 x 240 QVGA touch screen display, which will rotate to display in portrait or landscape aspect. Acer advertises it as being fingertip friendly and for most part this is true, though you’d still prefer to use the stylus wherever possible.

Internally the c510 sports a 300MHz Samsung S3C2442XL processor, 64MB of system memory and 128MB of internal storage memory in addition to an SD Card slot that supports SDIO for expandable functionality.


As one ought to expect, Acer provides everything you need to get going straight out of the box. There’s a car-mount kit, stylus, Microsoft ActiveSync 4.0 software, USB cable, AC adapter, car adapter and a smart carry pouch to protect the unit from harm when pocketed. 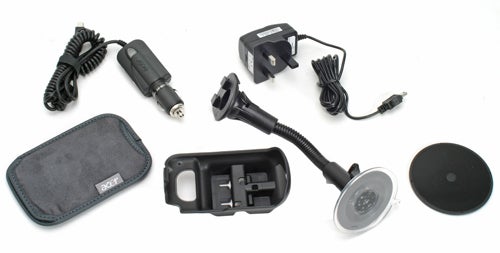 Speaking of pockets, the c510 is really very small – even smaller than the P660 which was by no means large – weighing just 122 grams with dimensions of 58 x 108 x 16.8mm. This is consistent with the “mobile professional” focus of the c510, and it certainly won’t be difficult to carry it around with you.


The front of the unit is set in shiny black plastic, with a 5-way joystick surrounded by four shortcuts keys for accessing key functions such as Contacts and Calendar. The joystick in particular is nice and responsive reflecting the excellent build quality of the unit in general.

Around the edge is a matt silver lining, which nicely complements the shiny black facia whilst the back is finished in matt black plastic with a small but sufficiently loud speaker at the top.


On the bottom edge is a mini-USB port that doubles up as a charging port whilst the right edge houses the SD Card slot, which also supports SDIO for expandable functionality, and a recessed reset button just above it. The left edge houses a hold switch, the power button and the GPS receiver with a port for attaching an external GPS antenna – though you’re never likely to want or need one. 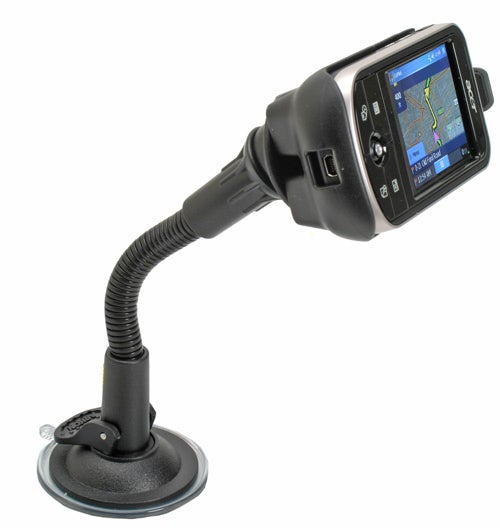 Finally, the stylus and headphone jack are located on the top edge, and overall the c510 is a very sleek, well built, unit. You’d be happy leaving it on your desk for colleagues to admire, whilst it’s sturdy enough to resist any minor bumps and scrapes.


As a GPS unit, the c510 is a solid performer. It’s impressively quick to recalculate routes when leaving the designated plan and the software is generally quick and easy to use.


Since it uses the same software as the P660, it does however suffer from the some of the same weaknesses. Although the POI (Points of Interest) system works well enough when left alone, the search function is rather poorly laid out and lacks drop down menus. If you’re planning to use the feature during a trip it’s generally best to configure it before you start; leaving it to suggest diversions as and when they appear.

Another feature that could do with some refinement, or simply updating, is the traffic camera warning system. As an example of its inaccuracy, CoPilot would often warn me about a camera covering the opposite direction of traffic on my way to work but would then fail to warn me again when returning home on the same road.


Other than this, the c510 and CoPilot software offer a solid travel experience and will get you to where you’re going without too much fuss. It’s quick, accurate and has most of features you’d ever want and need from a GPS device. Moreover, it offers plenty of flexibility with several different views and a walking mode should you ever need it.


As a Pocket PC the c510 is also a very able performer, solidifying the impression that it’s a good all rounder. Windows Mobile 5 gives you all the functionality you need on the move enabling you to synchronise your contacts, calendar and e-mail quickly and easily using ActiveSync 4.0. 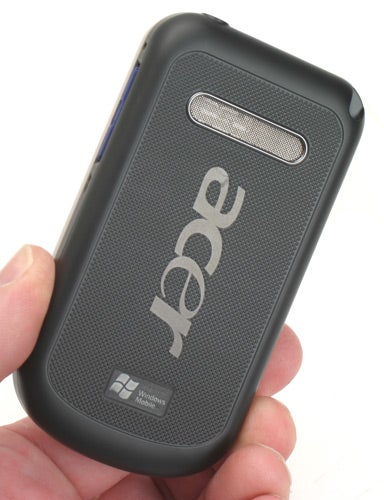 Battery performance is solid, if unspectacular, with four hours of GPS use and eight hours of MP3 playback (using head/earphones) on a full charge. One can’t imagine a time when you’d need too much more and with the included AC Adapter, Car Adapter and USB cable you have three different ways to charge; meaning you’ll never be short of possible sources of power.


The only thing the c510 lacks, and which is included in the slightly more expensive Acer c530, is support for Wi-Fi. It’s a matter of personal preference whether you’d want and need wireless Internet, but in my opinion the extra £50-70 you’d likely spend on the Wi-Fi enabled c530 would be money well spent. When you consider how prevalent wireless hotspots are these days it seems silly to not at least have the option, and you never know when you might need it urgently.


If you’re in the market for something that does a little bit of almost everything, then Acer’s c510 is an excellent choice. Though it lacks Wi-Fi capability, it is otherwise very well featured and is nicely designed and reasonably priced. If, however, you do want Wi-Fi then the nearly identical Acer c530 is worth serious consideration.