On the smartphone front Acer used to be solely focused on making Windows Mobile powered handsets, but with the arrival of the Android touting beTouch E110 that all changed. Now the company has a twin-pronged strategy of releasing each of its phones with Android and Windows Mobile under slightly different product names. The neoTouch brand is now used for Windows Mobile products and the beTouch moniker is used on Android devices. In this regard, the E400 is the Android version of the P400 that we looked at back in May. 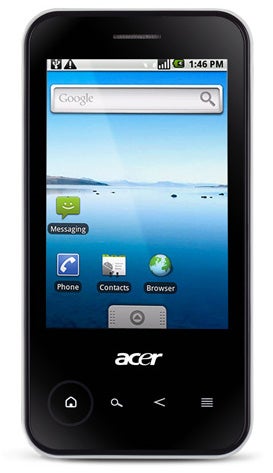 As you would expect, given this strategy, the design of the E400 is nearly identical to that of the P400. However, there are some subtle differences. For example, the touch buttons that sit beneath the touchscreen have different functions. The home button remains, but the other buttons are used as the search button, back button and menu key, rather than as call control keys as they are on the P400. Thankfully, Acer has kept the glowing circle around the home button, which lights up in different colours to indicate a new message has arrived, you’ve missed a call or the battery level is low. 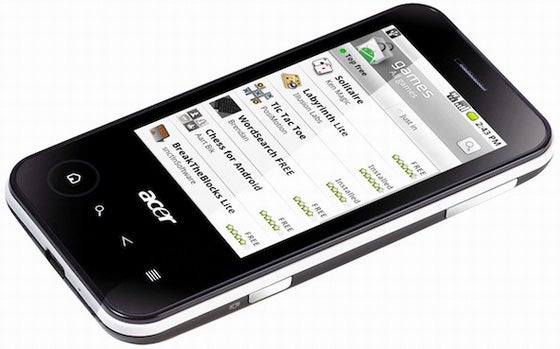 There are some minor tweaks to the styling too. The P400 had a chrome band running around the outside of the phone, but on the E400 this is now gloss white. In addition, the handset comes with three swappable battery covers in white, black and ‘wine’. Swappable covers usually signal questionable build quality, but that’s not the case here as they snap firmly into the place. In fact, the phone’s build quality is rather good especially given the competitive nature of Acer’s pricing. However, the overall design and feel doesn’t have the same air of class as some of HTC’s mid-range models, which this phone is competing against.


Acer has only produced a single handset with a capacitive screen (the Liquid A1), and unfortunately it hasn’t added to that tally with the E400, as it uses a traditional resistive display. This means there’s no support for multi-touch even through the Android operating system now supports it. The 3.2in screen’s resolution of 320 x 480 pixels is fairly standard for a smartphone aimed at the middle of the market and although it’s a little bit on the small size, it’s still perfectly OK for viewing web pages or catching up on emails. It’s pretty responsive to touch input as well, although the small size does mean the keyboard feels a tad cramped when you’re using it in portrait mode.

Lower cost Android handsets have a tendency to use the older Donut release of the software, but thankfully Acer has resisted this temptation on the E400. Instead, it uses the relatively recent V2.1 release, which includes a number of useful additions such as support for Exchange email, general interface improvements and a better web browser. 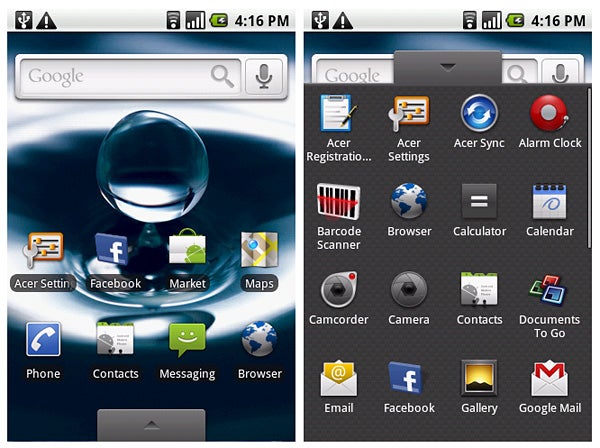 Acer has also decided against adding it’s own user interface enhancements over the top so what you get is pretty much the vanilla version of Android, which is no bad thing in our book. That said the company has added a couple of widgets that you can drag and drop onto the five homescreens. These included a mini media widget that shows a circular, rotating menu of your pictures, videos and music tracks, and a bookmark widget that has much the same style of user interface. There are also a few neat applications pre-loaded, including Twidroid and Facebook apps for social networking, and a media server for sharing pictures, photos and videos on your phone with uPnP media devices on your network.


Running all of this is a 600MHz Qualcomm processor with 256MB of RAM and 512MB of ROM. This is exactly the same configuration as on the P400, but whereas it felt quite sluggish running Windows Mobile, the E400 feels a bit more sprightly. However, there are still occasions when some slow down creeps in. Zooming isn’t as smooth or as fast as it could be in the browser for example, and there is also some tearing visible when scrolling around webpages. 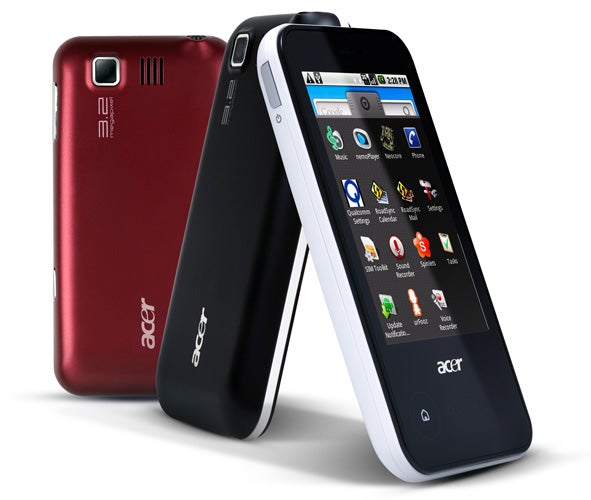 As you would expect on a mid-range smartphone, the handset supports both HSDPA for data on the move as well as Wi-Fi. The use of Android 2.1 also means there’s better support for Bluetooth than on older Android handsets and naturally the phone has GPS onboard too. Furthermore, you can download the update for Google Maps from the Android market to add the beta version of Google Navigation to the phone, for free.


On the music front, the E400 uses the standard Android music player and while the supplied headphones are cheap and nasty, the handset does have a standard 3.5mm headphone jack to use with your own cans. Playback quality with decent headphones is actually rather good too.


The E400’s camera is nothing to get excited about however. Its 3.2-megapixel resolution is reasonable, but there’s no flash on the rear, which is a tad disappointing. However, it does have autofocus and shots taken outdoors don’t look too bad as the colours it captures look reasonably vibrant. However, under low light indoors it tends to produce dark and grainy snaps.


We have no complaints about call quality, though, as the E400 performed without any problems during our test period. Battery life from the 1,090mAh power pack is pretty much par for the course, too, as we managed to get around two days from it before it needed a recharge.


The E400 is certainly attractively priced and has a decent range of features. However, the design is a tad dull and the lack of a capacitive screen and support for multi-touch is disappointing. As a result, we can see the E400 struggling to get itself noticed when up against the likes of HTC’s similarly priced Wildfire. 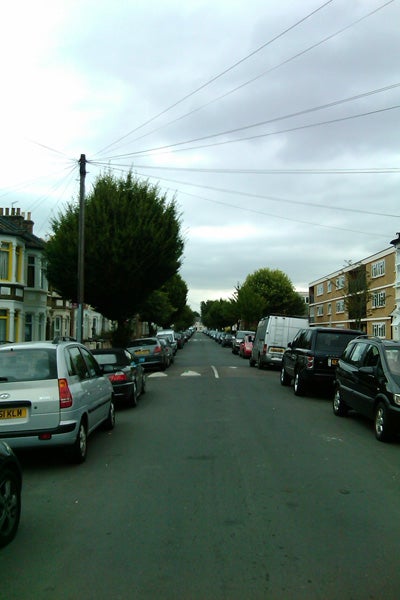 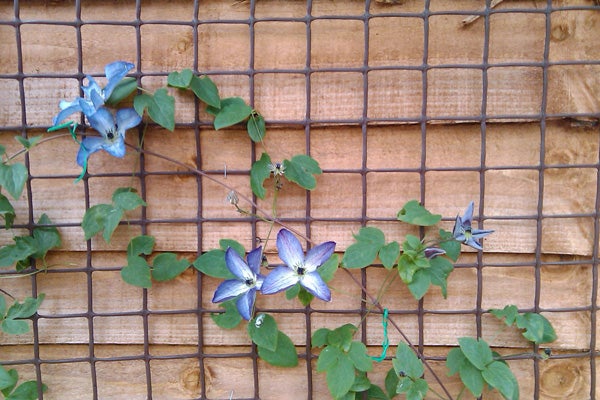 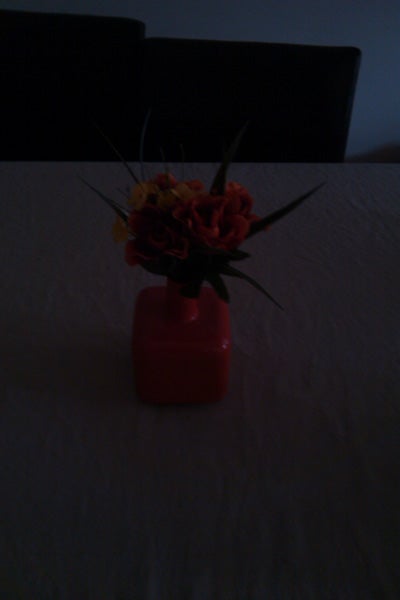