Since entering the smartphone market after its purchase of E-TEN, Acer has come up with some astonishingly cheap handsets. Last year it offered the bargain basement E101, which ran Windows Phone, and this year it’s trying to pull off much the same trick with the E110, except this new model runs the more popular Android operating system. You can pick up the phone SIM free online for just £150, which is an incredibly low asking price for an Android device. However, cheap doesn’t always mean cheerful, so the question is does the E110 really represent good value for money?


Obviously designing a handset to this low a price point involves making several compromises, but these aren’t all that evident from a first glance at the handset. Smaller than the iPhone, the E110 is more similar in terms of size and shape to the Samsung Genio Touch. Despite the low price tag the phone is actually quite attractive to look at. There’s a neat row of touch buttons parked directly under the screen and a stylish circular D-pad sits at the bottom of the handset flanked by the two clickable call buttons. 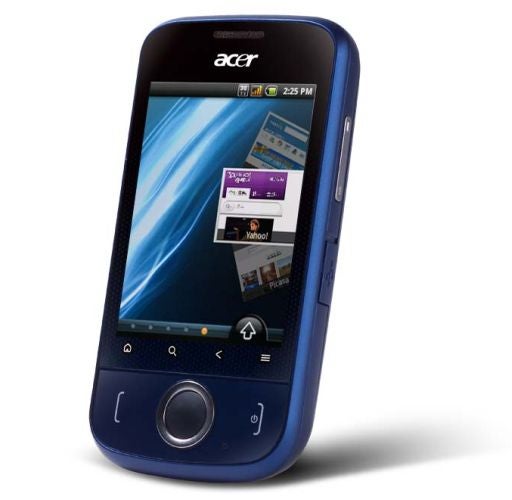 The handset also feels quite well built and doesn’t creak and flex like some lesser budget models. Only the slightly cheap looking metallic band that runs around the edge of the phone spoils the otherwise upmarket feel. Also, unlike the E101, this model thankfully has a standard headphone jack at the top and there’s a microUSB port on the righthand edge that’s used for both charging and syncing the handset. We also like the fact that the side mounted microSD card slot is easily accessible, as many low end phones hide it away under the battery cover.


However, as soon as you turn on the phone some of the compromises become glaringly obvious. The first is the 2.8-inch screen. Not only is it small, but it’s also got a very low resolution of just 240 x 320 pixels. As a result text and icons look nowhere near as sharp as they do on even midrange Android handsets. It also makes the onscreen keyboard quite tricky to use as the keys are so small. You really have to type quite slowly to make sure that you’re not accidentally tapping an adjacent letter to the one you want. However, to be fair we have to say that even though the screen uses resistive rather than capacitive technology, it’s actually very responsive to finger presses and swipes.


It’s not just the screen that’s been a victim of the cut backs, as the phone’s connectivity has suffered too due to Acer’s decision not to add Wi-Fi support. We’ve seen this before on budget handsets and Acer did the same thing on the older E101 model, but to us it feels like a compromise too far as it means you’re totally reliant on the 3G network for browsing the web or picking up email. This can be a major issue if you don’t get good 3G reception in your home or office. It’s a shame too because the phone has pretty much all the other connectivity bases covered as along with the HSDPA support, there’s also Bluetooth and even GPS.

Another disappointment is the fact the phone runs the older Cupcake (1.5) version of Android. However, Acer has at least customised this slightly. For example, there are five home screens rather than the standard three, with an indicator along the bottom to show you which screen you’re currently using. Acer has also added media and bookmark widgets that can sit on any of these homescreens and preloaded apps for Facebook and Twitter, along with an app called Spinlets that gives you access to a free, but quite limited music streaming service.


The big problem, however, is that the phone lacks the Android Market. This is because the E110 doesn’t meet the Open Handset Alliance minimum requirements (it doesn’t have a digital compass). As a result there’s no easy way to get third party applications onto the phone and you also miss out on useful apps like Googlemaps, which is very annoying and will probably be a deal breaker for many.


But at least with the apps that are preloaded the handset feels reasonably quick to use. It’s built around an ST Ericsson PNX6715 processor that’s clocked at 416MHz and this seems to be able handle Android 1.5 without too much stress. There’s 256MB of both ROM and RAM and for extra storage Acer also included a 2Gb microSD card in the box. 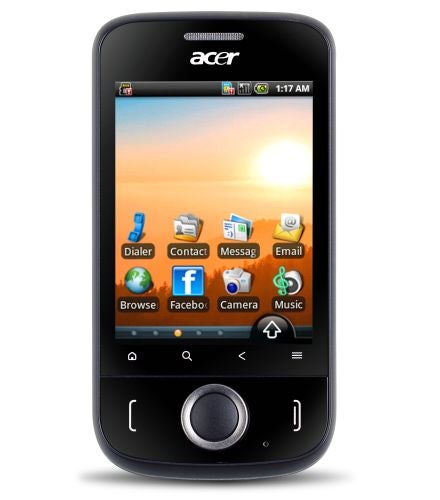 On the multimedia front the phone naturally has the standard Android music player, but Acer has also preloaded the Nemo Player which is a fairly decent media player that groups together your music, photos and videos under a single, easy to navigate interface. There’s also an FM tuner app for when you want to listen to the radio and although the supplied headphones are pretty poor, the presence of a standard headphone jack means it’s easy to swap them for your own cans. The camera is a pretty basic 3.0-megapixel affair that lacks both autofocus and a flash and while shots taken outdoors are passable, indoors its pretty hopeless unless there is lots of light in the room.


This phone does get the basics right as call quality was generally pretty good and the ear piece is nice and loud. Even the speaker phone performs pretty well as long as you don’t push it all the way to full volume. Battery life was also was pretty impressive for a handset in this price range as we got around two days out of it using it for a mix of calls and web browsing.


It’s difficult to know how to score the E110. On the one hand if you look on the handset as a feature phone rather than a smartphone (which is really how Acer is pitching the handset), it’s actually not a bad option as it’s easy to use, has a good range of features for the price and some impressive onboard apps. However, if you were to buy it thinking you’ll be getting a fully fledged Android smartphone we think you’d be pretty disappointed due to the low resolution screen, lack of Android Market and absence of Wi-Fi. So really, at the end of the day, it depends on how you’re planning to use the phone as to whether you’ll think it’s cheap and cheerful or cheap and nasty. 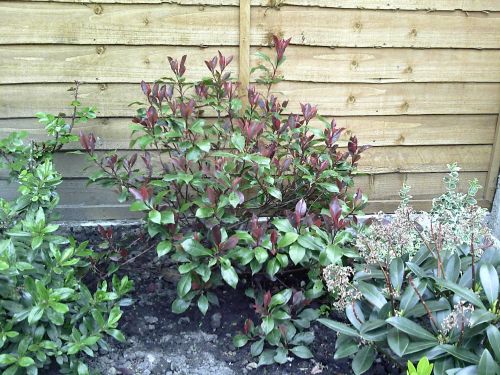 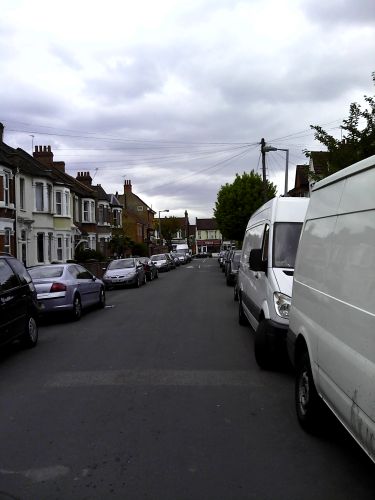 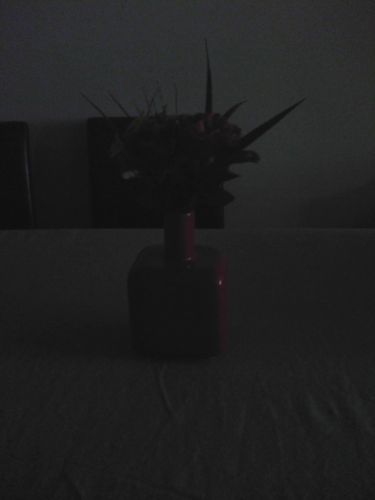