2008 was the year of the netbook; 2009 is the year of the ‘affordable’ ultra-portable laptop. It seems self-evident now, but netbooks showed Intel, AMD and other manufacturers that there was a sincere demand for affordable, portable laptops. Netbooks fall short of fulfilling that demand, but this year has seen a number of products aim to fill the gap. Acer has been at the forefront with its Aspire Timeline and TravelMate Timeline ranges: notable successes being the Aspire 4810T and the TravelMate 8371. Its latest effort, the Aspire Timeline 1810TZ, looks to set the bar even higher.


We’ll say it straight now: the 1810TZ is about as close as we’ve ever come to giving a laptop (netbooks not included) a 10/10. Why it doesn’t receive such an accolade will be revealed in the course of the review, but suffice to say the margins are extremely slim. What’s important is that, rather like what the Samsung NC10 did for netbooks, the 1810TZ distils exactly what an affordable, ultra-portable laptop ought to be. Ironically our first point of reference for how to get it wrong is another Samsung product, the recently reviewed (article:12209 X120).


That’s actually a little unfair to the Samsung. As we said in the review, were it not for its poor battery life the X120 would be an outstanding product, too. We’d wager plenty other laptops will be more disappointing than the X120, which makes its single failing all the more irritating. Unsurprisingly it’s one of the many things the 1810TZ gets right. 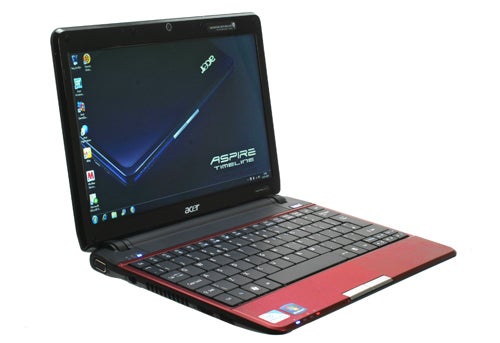 While incorporating the six-cell, 5,600mAh capacity battery in the 1810TZ means it lacks the sleekness of the Samsung, our testing revealed battery life of eight hours and 43 minutes! Under the exact same testing conditions the X120 managed a paltry two hours, 33 minutes – over three times less.


This is a massive difference by anyone’s estimation and though you won’t always get this amount of life, even pushing this system hard will return great results and you’re far less likely to be caught short. It’s not as if you’re paying more for the privilege; the 1810TZ is currently retailing for as little as £430 – actually less than the Samsung at time of writing.


Moving to more superficial matters, while the Acer isn’t as pretty as the X120, it’s no ugly duckling, either. It might lack the cohesive curves and minimalist appeal, but the slim chassis (22mm at its thinnest, 30mm at its thickest) is still well arranged and has a few well placed curves of its own. It’s just that, rather like the lacklustre Aspire One D150, Acer uses far too many contrasting materials for it to hang together as effectively. 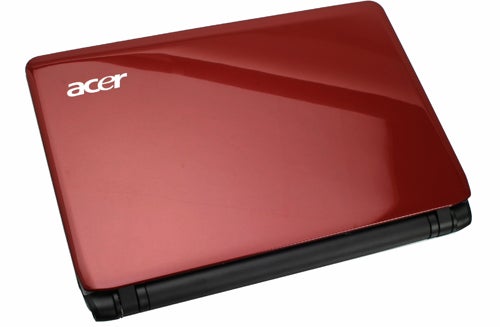 A choice of colours, which include black and blue in addition to our red version, add a nice bit of variety, though. An overall weight of 1.4kg is also very good and no build issues were discernible from our retail sample; in fact, the quality of plastics and general assembly feels rock solid.

Internally the 1810TZ doesn’t pull any punches, either. Its spec is broadly similar to that of the X120, opting for the same dual-core Intel Pentium SU4100 (1.3GHz, 2MB L2 Cache) processor, 3GB of RAM and 250GB hard drive. It also sticks with the standard integrated Intel graphics which, though not much cop for gaming, does a fine job with HD video now that GPU acceleration is natively supported in Windows 7. HD Flash video playback is fine, too, though as yet not accelerated by the GPU. 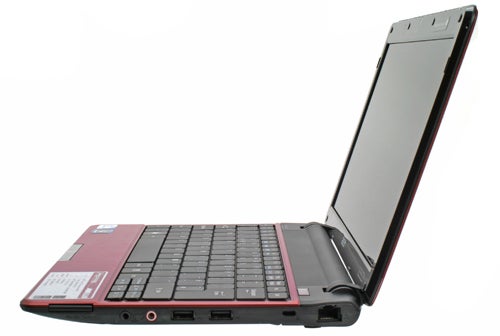 Ultimately, unlike netbooks, you don’t have to work around the limitations of the hardware. All the tasks you’d normally perform on a laptop (e.g. word processing, web browsing and general multimedia) are all handled admirably, as is high-res image editing. Only HD video editing is asking too much, but that’s no surprise.


Our PCMark Vantage benchmarks show that the Acer performs more or less identically to the X120, though the Samsung does appear to have a faster hard drive. We’ve also thrown in the Acer Ferrari One as a comparison; strictly speaking it’s a netbook, but it retails for just £30 less and thus lives in a similar price bracket. 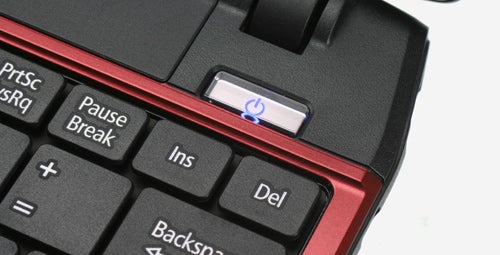 Returning to the spec sheet for a moment, the 1810TZ does diverge from the X120 a little. It adds Gigabit Ethernet to the now obligatory Wireless-N Wi-Fi, but omits Bluetooth. This may disappoint some, but given the outstanding battery life some kind of sacrifice is inevitable. Acer sweetens the deal by adding Dolby Sound Room processing, which includes Dolby Headphone, Sound Expander and Natural Bass technologies.


This triumvirate does a decent job of enhancing this machine’s audio production, too. Despite the small speakers being positioned just below the front-edge of machine, the combination of Dolby tech adds a little warmth and earthiness to the otherwise limited dynamic range. Don’t live under false pretences here; these speakers are still limited in their ability, but we’ve heard a lot worse from similarly-sized machines. 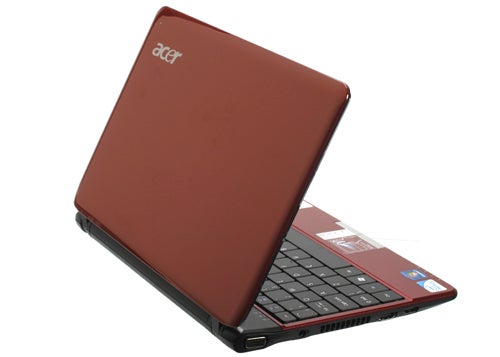 In our experience the screens on small, cheap laptops (or netbooks for that matter) are much of a muchness. This is mostly true of the 1810TZ. Its 1,366 x 768 resolution is fantastically sharp on such a small display, but that’s the case for its contemporaries as well. Like all these machines the display is LED backlit so it’s bright and clear in normal light, but in more severe outdoor light the reflective finish remains problematic. At a push, however, we’d say the black levels and colour production on this machine are respectively a little deeper and richer than some, adding a little verve to videos in particular. Viewing angles are still pretty poor, but they’re a low priority on a small device like this.

Where small laptops like this are concerned, the keyboard, touchpad and connectivity are all liable to be compromised. Acer has plenty of experience with netbooks, though, where space is at an even greater premium, so an 11.6in chassis ought to pose it few problems. 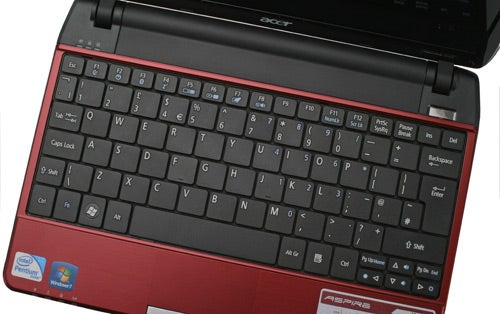 Starting with the keyboard, it’s more or less identical to that of the Acer Ferrari One – something that’s true of the chassis as a whole, actually. This is a good thing, since the layout is very sensible and the keys are large and friendly. Key actions are sharp, too, but a tad on the shallow side. This takes a little getting used to at first and is one of the few chinks in the 1810’s armoury, but it’s one you’ll quickly get used to.


Unlike the X120, Acer sticks to the tried and tested ‘buttons below the touchpad’ arrangement. It does mean the touchpad is smaller, but it’s not really a problem. The touchpad area is also subtly delineated by a slight change in texture compared with the finish on the chassis. We like that the buttons are separate, rather than part of a single rocker switch, since the response from them is far more even and reliable. 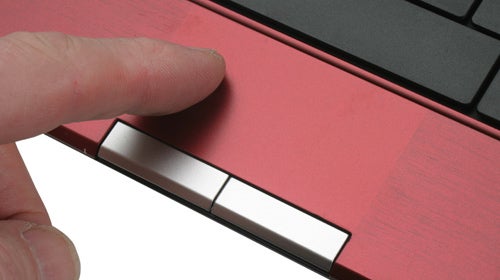 As for connectivity, it’s the usual fare really. Most importantly there’s HDMI, providing an easy outlet to a TV and most modern monitors, in addition to the usual VGA. Three USB ports, Ethernet, audio jacks and a memory card slot round things off. It should go without saying there’s no integrated optical drive, but that’s to be expected given the size and price of the machine. It’s just a little disappointing that Acer hasn’t added ‘sleep and charge’ to one of the USB ports; one of the few ways this machine could be improved upon.

And that’s it really. But for a slightly shallow keyboard, a little more refinement in the design and the addition of Bluetooth, we’d be looking at a 10/10 product. Even without these, though, the 1810TZ is one of the best laptops we’ve seen all year and sets a daunting benchmark for competitors to follow. We look forward to their response.


If you’re after laptop level performance with netbook levels of battery life, look no further than the 1810TZ. We hope others will follow the example, but in the meantime this is the CULV laptop we’d buy.

(centre)”’The Acer and the Samsung X120 are hard to separate – no surprise given the similar spec – but the X120 appears to have a slightly faster hard drive. Acer’s own Ferrari One netbook, which uses an AMD dual-core processor, is roundly beaten and given the small price difference the 1810TZ offers far superior value.”’(/centre)

(centre)”’This graph speaks for itself; the Acer is in a different league where battery life is concerned.”’(/centre)