The Acer Aspire Switch 12 S is a Windows 10 convertible announced at CES 2016 with high aspirations. With pricing starting at a premium €1,200, it targets the same top-end market as the Microsoft Surface Pro 4 – a device previously touted as the best 2-in-1 on the market.

Aware of the stiff competition, Acer has loaded the Switch with a wealth of top-end components – including Intel’s super-swanky RealSense 3D camera. On paper, this makes the Aspire Switch 12 S one of the most interesting convertible’s around.

Acer isn’t the first company to spring to mind when it comes to premium design. Previous convertibles, such as the 2014 Acer Aspire Switch 11, have sported woefully dull, plastic frames – which is why I was surprised by how much I liked the Switch 12 S’s design during my hands-on.

The Aspire Switch 12 S is split into tablet and keyboard sections, both of which are built from aluminium. The device is fairly portable, featuring modest 12.5-inch dimensions and measuring in at a miniscule 7.85mm.

Acer has managed to load the Aspire Switch 12 S with a reasonable number of ports. With the keyboard and tablet sections connected, the Aspire 12 S offers USB 3.0 and Thunderbolt 3, micro-HDMI and microSD ports – meaning it should meet most users’ connectivity needs.

The magnetic locking mechanism is also one of the best I’ve seen. The connector felt more robust than that on the Surface Pro 4 and, unlike the one on the Dell XPS 12, can be used to set the screen at a variety of angles – so you won’t have to strain your neck when using it on your lap.

Like the competing Dell XPS 12, the Aspire Switch 12 S comes with a 4K resolution touchscreen display. However, I didn’t get a chance to check key details during my hands-on, such as how much of the sRGB and Adobe RGB colour gamuts the screen covers.

However, if my early impressions are anything to go by, the screen is very good. Testing the Aspire Switch on the brightly lit Acer test room, colours looked balanced and whites were among the cleanest I’ve seen. Blacks also looked suitably inky and the screen offered up a dazzlingly high maximum brightness.

The only slight issue I noticed was that the screen’s Gorilla Glass coating was prone to picking up stray light – although being fair to Acer, this is an issue I notice on 99% of laptop screens. 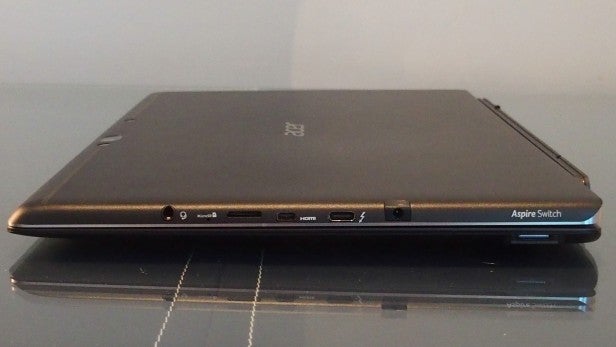 Creative types will be pleased to discover that the screen also supports Acer’s Active Stylus tech.

The use of Intel’s RealSense camera is a key differentiator that could also be a big draw for creatives. For those that missed it, RealSense is a nifty bit of camera tech Intel unveiled at CES in 2014.

It aims to let machines capture and stream 1080p images in 3D, reading key information – such as depth – that most laptop and tablet cameras can’t.

Acer claims the tech will let you scan objects and capture images that can later be used to create 3D models – which could be of great use to designers who regularly use 3D Studio Max, Blender or Maya. Sadly, I didn’t get the opportunity to see how the RealSense camera or Active Stylus support worked during my hands-on, but will be sure to do so come my full review.

This all sounds great, but I do have a couple of concerns about the Acer Aspire Switch 12 S. Unlike the Surface Pro 4, the Aspire Switch 12 S can’t be upgraded to run on an Intel Core processor. If you buy it, you’ll be stuck with a sixth-generation Intel M processor and either 4GB or 8GB of RAM.

This could be an issue – in the past, I’ve found that many Intel M-powered devices have begun to run a little slow mere months after purchase. 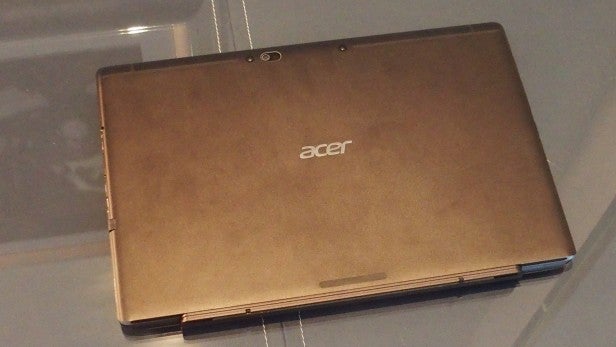 The Aspire Switch 12 S is also home to a fair amount of bloatware. These include more custom Acer applications than I could count, as well as a number of third-party services that I’d never even heard of.

The bloatware made the Aspire Switch 12 S’s interface feel cluttered and the apps are also likely be a drain on the convertible’s memory – a problem that could further hinder its performance.

However, for now these are theoretical problems. Since I didn’t get the opportunity to benchmark the Aspire Switch 12 S, or see how it handled anything but basic tasks – such as web browsing – during my hands-on, I’m unable to provide more accurate comment on the device’s performance. 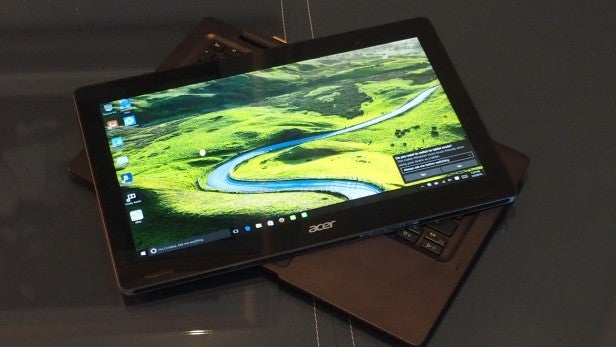 Outside of my concerns about its processor, on paper the Acer Aspire Switch 12 S shows signs of being one of the best Windows 10 convertibles on the market.

Featuring a top-notch 4K display, solid but slim design, a wealth of connectivity options plus the added allure of an Intel RealSense camera, the Aspire Switch 12 S oozes potential.

However, with pricing starting at $1,200 it has some pretty stiff competition. I’ll be interested to see how the device compares to the more established Surface Pro 4 and incoming Dell XPS 12 when it arrives in Europe this February.

Check back then for my full review of the Acer Aspire Switch 12 S.