Luscious. That, in a single word, describes the Full HD screen on the 13-inch Aspire S7. Like most Windows 8 convertibles and premium touch-enabled laptops, it uses an IPS panel, with its concordantly excellent viewing angles, contrast and colour accuracy. Going one further than more affordable models like the Lenovo ThinkPad Twist, this Aspire also stuffs in 1,920 x 1,080 pixels.

Now we know that’s not as high as the smaller Apple iPad 4 or Google Nexus 10, but really, it’s plenty at this size. Think about it; this is the same resolution you’ll find on the average 50-inch TV, crammed into a 13-inch display. Individual pixels are almost impossible to distinguish from normal viewing distances, and everything looks razor-sharp. 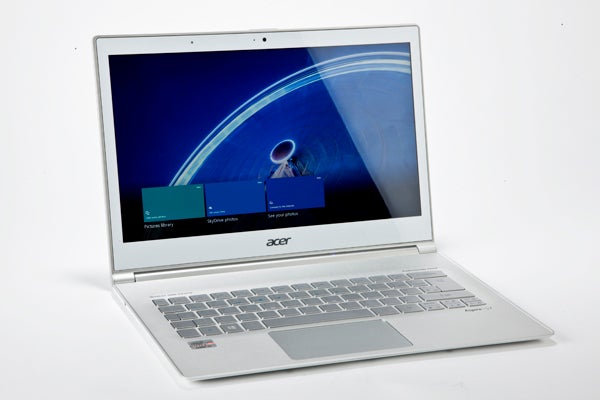 As expected, viewing angles are as good as it gets in laptop displays, especially important as you can fold the screen on the Acer Aspire S7 13-inch completely flat (180 degrees) for ‘tablet’ use or content sharing with someone sitting across the tablet from you. The S7 has a screen rotation button as a secondary function on its keyboard. 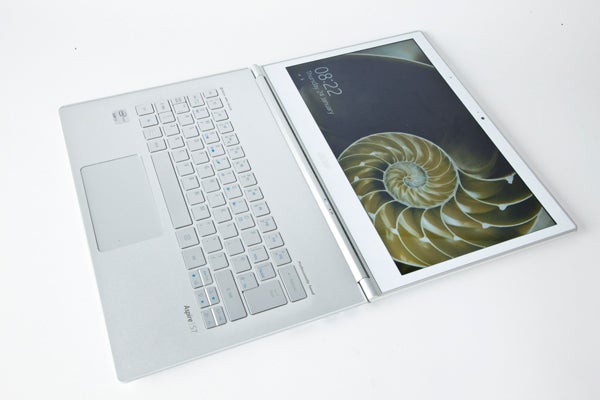 Contrast was also good, with all but the subtlest black variations visible, meaning you’ll get nice dark detailing. We did notice a little banding on some gradations, but this shouldn’t be an issue in real life usage. In fact, aside from the inevitable reflections caused by its Gorilla Glass 2, our only real complaint with this 13-inch Ultrabook’s screen is subtle but noticeable backlight bleed from small spots along the top and bottom edges, which you can spot when watching a movie with black bars in a darkened environment. Do keep in mind that this may vary from model to model, so you might be luckier. 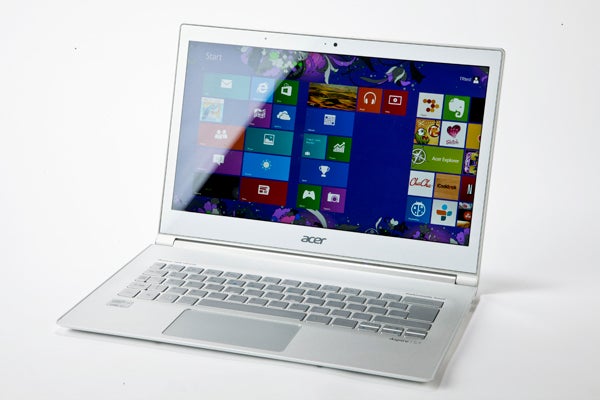 As with every self-respecting laptop designed for use with Windows 8, the Aspire S7 supports touch. And unlike cheaper models, it will take all 10 fingers at once [Ed. insert lewd joke here]. Aided by top of the range specs, the screen never felt less than utterly responsive, and navigating through Windows 8’s Modern UI interface was a pleasure. In ‘Windows 7’ mode, buttons can be a little on the small side, but then you can just resort to the touchpad.

Like its visual faculties, the 13-inch Aspire S7’s audio talents are impressive – at least for the slimmest laptop on the block. Its stereo speakers are set in the bottom and curl around the sides so you still get some un-muffled sound if the laptop is parked on something soft like your lap or a blanket. 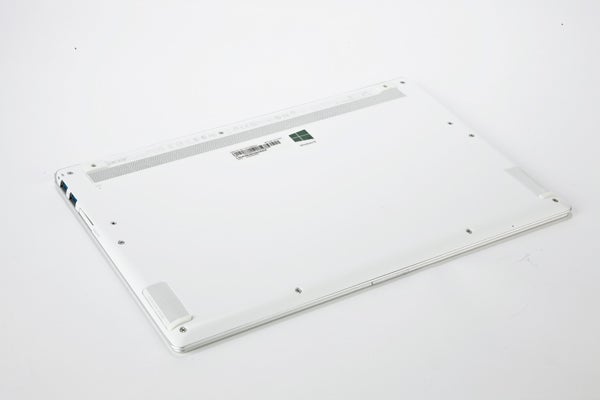 Dolby Home Theater processing helps to enhance audio that’s rich in detail and relatively prodigious in volume, with a clear treble and even a hint of bass. Only when thumping out bass-heavy material at full blast do the speakers on the 13-inch Aspire S7 distort a wee bit, but this isn’t enough to ruin a generally top performance. Mind you, it won’t match ‘fatter’ machines like the Toshiba Satellite P845T, but as ultraportables go this is great stuff.