As Ultrabooks go, the 13-inch Aspire S7 has some respectable bits under its bonnet. Leading the cast is your choice of Core i5 or i7 processor along with 4GB of RAM and a 128GB SSD for storage. If we’re being performance hogs, we would have liked to see the option for 8GB of RAM and double the solid state storage, but the specs as are should be adequate for most.

Our Acer Aspire S7-391 model came with the Intel Core i7-3517U configuration. This dual-core processor runs at 1.9GHz but can Turbo clock up to 3GHz, and supports up to four virtual cores using Hyper Threading. It performs brilliantly – however, we would most certainly not recommend getting this version of the Acer Aspire S7. Why? In a word, noise. 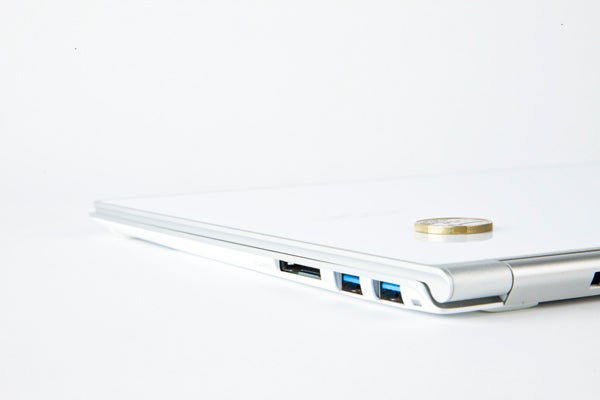 Unfortunately, the 13-inch S7 with Core i7 gets loud. Even when idle, its cooling often reaches audible levels and, when it was under load, people two desks away were complaining about how loud it was. We can’t imagine the Core i5 faring massively better here, but every little helps.

This is a real shame, as we were hoping for good things from Acer’s new TwinAir Cooling, which draws away heat in a pull-push configuration. Indeed, it must be said that the machine never became more than slightly warm to the touch, but we’d rather have a tiny radiator than this much noise pollution. 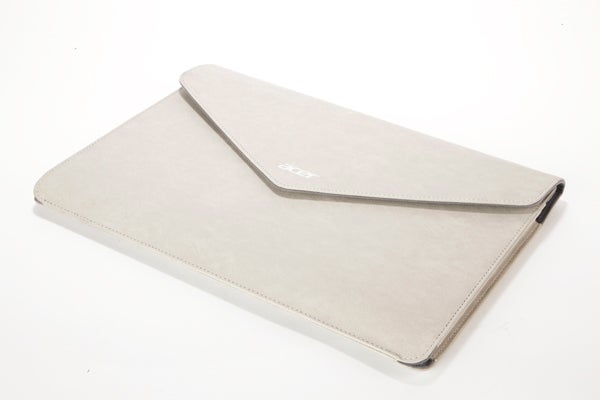 Anyway, getting back to performance, 4GB of RAM and a 128GB SSD are standard fare for a premium Ultrabook, and help the Aspire S7 to maintain zippiness from boot to shut-down and everywhere in between. Graphics are definitely the weakest link, with Intel’s HD 4000 only just adequate for casual 3D gaming.

After just complaining about how noisy the 13-inch Aspire S7 can get, it’s a shame we have to moan some more about its battery life. Even keeping in mind that our new, more intensive Powermark battery benchmark is considerably more demanding thanks to the addition of browsing to general productivity, a score of just 4 hours and 3 minutes is far from impressive.

While turning the screen brightness down further and using advanced power management should net you over five hours, that’s still far from ideal. Basically, even with the most careful use you probably won’t be able to eke a full day’s use from the Acer Aspire S7 13-inch, and even by Ultrabook standards that’s disappointing. An optional battery pack has been announced by Acer, but will obviously add considerably to the bulk and cost – and such a product should always be an extra rather than a necessity for any laptop. 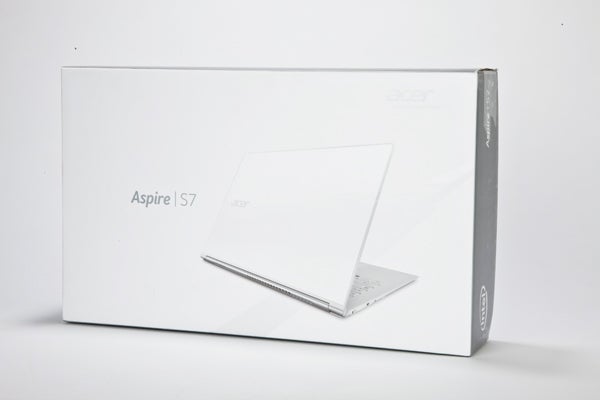 Though Acer is now well and truly in the premium game with its stunningly designed S7 range, this isn’t reflected too heavily in price. The Acer Aspire S7-391 13.3-inch in its Core i5 incarnation is generally available for around £1,100, which is what you would expect to pay for a ‘regular’ Ultrabook with these kind of specs.

Digging a little deeper, you can find this ultraportable touch-enabled laptop for £900 (currently at Overclockers.co.uk), which makes it a bit of a bargain – if you can live with its issues. Just to put the Aspire S7 13-inch’s price into context, the Asus Zenbook Prime UX31 with 1080p IPS display but sans touch will still set you back £1,400, albeit with Core i7 power and a 256GB SSD. 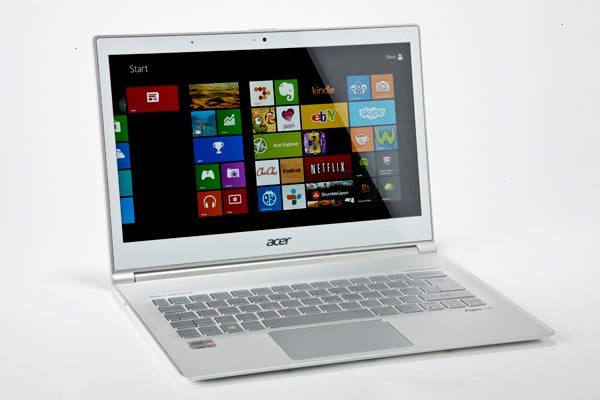 Acer has produced what we can easily call its most attractive laptop ever with the Aspire S7 13-inch Ultrabook. This incredibly slim and sleek laptop sports a stunning design that combines glass and metal to great effect, without sacrificing power or connectivity. It also offers a glorious 1080p IPS screen with 10-point touch and good speakers, yet can be had for a very reasonable price.

Unfortunately, what did get sacrificed to make the Acer Aspire S7 13-inch earn its slimness was battery life. And though the cooling is very effective, it can also get seriously loud. Combined with a keyboard that will take some getting used to, this means the S7 doesn’t take the spot of our favourite Windows 8 Ultrabook as it otherwise might have.