Acer hasn’t stinted on extras for its most premium Ultrabook, providing pretty much the most comprehensive bundle we’ve ever seen with a non-gaming mobile machine. Aside from adapters to enhance connectivity and the usual cleaning cloth, the Aspire S7 13-inch also comes with a sleeve and wireless mouse. 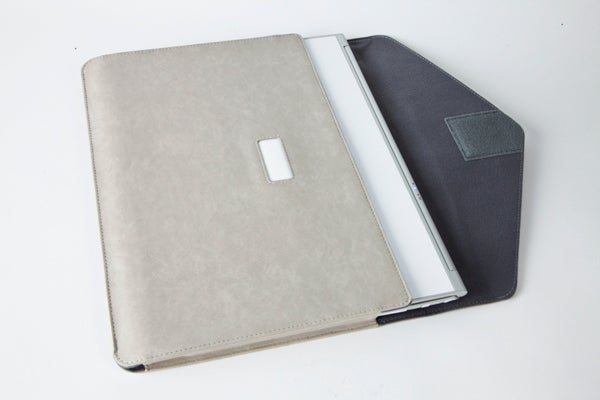 The slip-case is rather fetching in white-stitched beige leather (it doesn’t have a ‘real leather’ tag on it so might be veggie-friendly) with a velour inside and Velcro fastening. Despite the Velcro solution rather than a more elegant magnetic clasp, the sleeve comes across as premium and rather stylish. 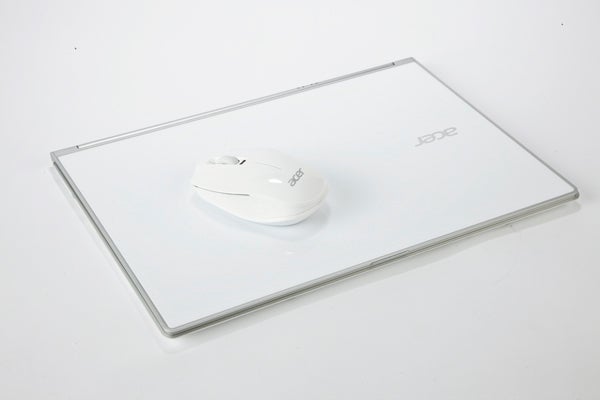 The second bundled extra is an ambidextrous Bluetooth mobile mouse with optical sensor, finished in white plastic to match the Aspire S7 13-inch’s lid and bottom. It’s a sculpted, angular affair with a glossy top, textured soft-touch sides and a matt base. It offers two buttons and a clickable rubberised scroll wheel, all of which give nice response, and is powered by twin AAA batteries with a physical on/off switch. As bundled rodents go, this Acer-branded effort is pretty decent. 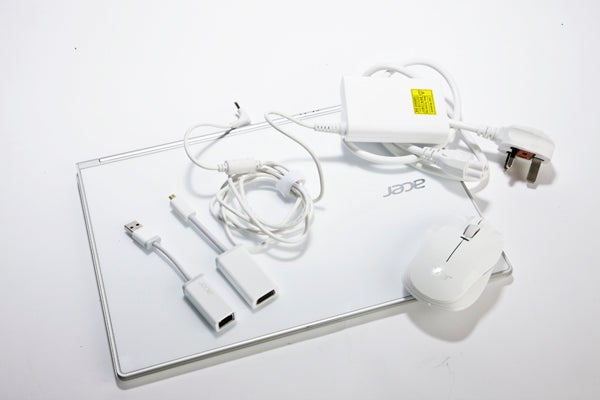 It seems Acer has listened to our complaints about awkward rear connectivity on its laptops and, with the 13-inch Aspire S7, has put all the connections neatly along the sides. On the left you’ll find the tiny power port, microHDMI, headphone/microphone jack, and the power button. On the right we have a Kensington lock slot, twin USB 3.0 ports, and a full-size SDXC card reader. 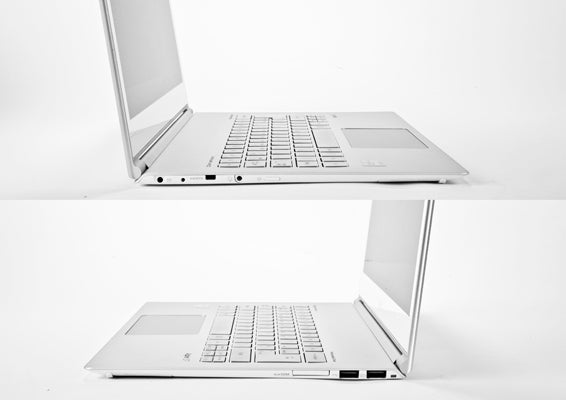 That covers the physical bases pretty well for such a slim laptop, but as mentioned Acer also throws in some adapters. The first uses arcane magic to convert that microHDMI port to a full-size VGA, while the other will change one of your USB ports into an Ethernet jack. On the wireless side of things, the Aspire S7 offers the usual Wi-Fi N and Bluetooth 4.0 combo.

Its typing experience is probably the single most divisive element about the Acer Aspire S7. First let’s talk about the good points. Layout is impeccable, and though a few keys are squished closely together, this doesn’t have any negative impact on blind typing. The soft-touch finish to the large keys is also very pleasant on the fingertips. 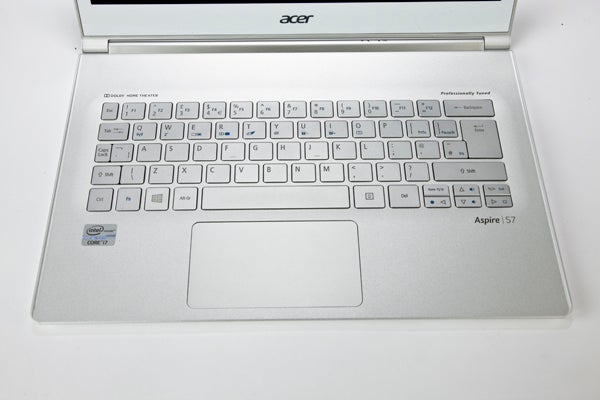 The Aspire S7’s EL keyboard backlighting – as opposed to the LED variety used in practically every other laptop – comes in a lovely aqua shade that’s less harsh, and therefore less distracting, while still giving excellent visibility in the dark. It also supposedly uses less power, though we reckon you’d be hard pressed to notice the effect on battery life. 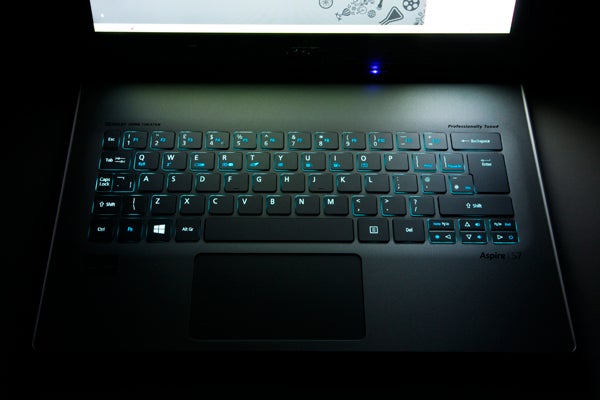 What will really kill the S7’s keyboard for some is that, despite relatively crisp response, its keys suffer from incredibly shallow travel. However, while we’re massive fans of plenty of travel – and thus find mobile typing experiences like that offered by the Lenovo ThinkPad X1 Carbon to be unmatched elsewhere in laptop land – it is possible to get used to the Acer Aspire S7’s keyboard. Still, it takes some major adjustment to type lightly enough, and this transition will need to be repeated every time you switch between a desktop keyboard and the S7’s. If you can, we would recommend to try before you buy. 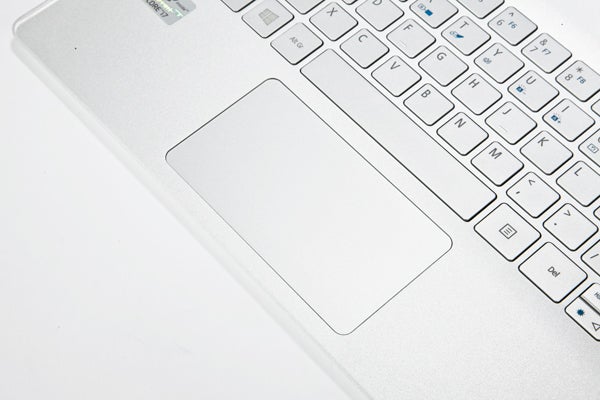 Thankfully, we have no reservations about the ‘buttonless’ touchpad. It’s beautifully integrated with a nice, smooth surface that lets your fingers glide without slipping, and its ‘buttons’ sport a very well-defined click with no noticeable dead zone.