Acer has also switched up the design this time around, borrowing a few bits from the more expensive Aspire S7 to make the Aspire S3 2014 all the more attractive against its sub-£1000 rivals. Acer showed this laptop off as a preview last year, but now that it’s available to buy, let’s see if it’s worth it. 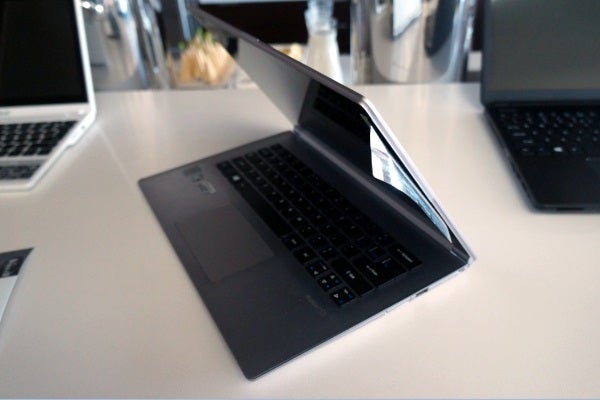 The first Aspire S3 had an aluminium (and magnesium) shell, and so does the new 2014 edition. However, the lid has been given a shiny look that’s similar to the Gorilla Glass top of the Aspire S7.

It is not glass, though. It’s aluminium sprayed with a glossy white finish to get that glassy effect. We imagine this move to a more recognisable design is both to keep up with the current trends and to avoid being dubbed a ‘poor man’s MacBook Air‘ – something the previous Aspire S3 design suffered from.

We’re not entirely convinced it looks flat-out better, but build quality is nevertheless solid and you get all the portability benefits of the Aspire S3’s Ultrabook class. At 1.76kg and 17.8mm thick, this is a fairly light and slim laptop – if not any better than last year’s version, which was as little as 1.3kg depending on configuration. 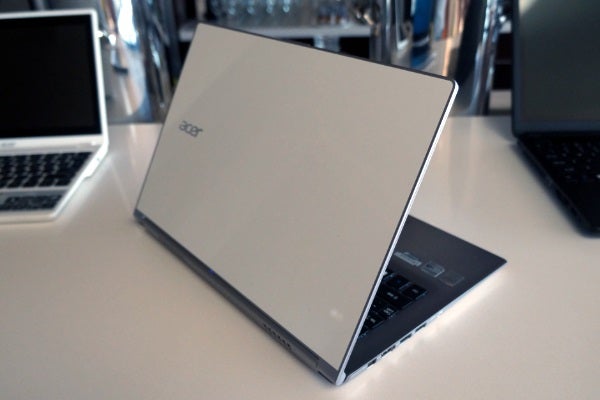 Part of the reason for this extra weight is that the Aspire S3 uses a 500GB/1TB hard drive rather than Flash storage. However, it uses 16GB of SSD storage to make its 1-second boot from sleep possible.

The laptop hinge has changed significantly too. Where last year’s Aspire S3 has a standard hinge that could only open to about 135 degrees, this one has been upped to full 180 degree movement, letting you easily share what’s on-screen with someone else. 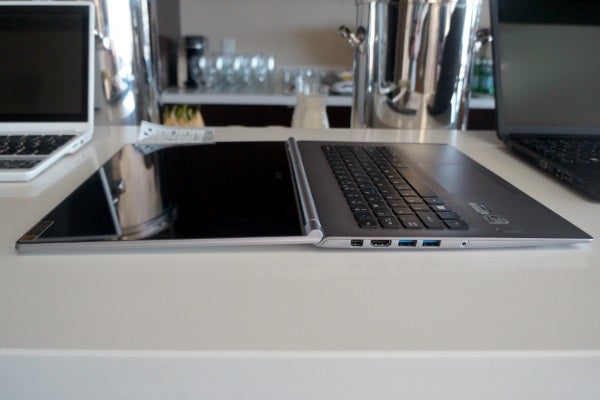 The display itself has also been given a huge – if fairly predictable – upgrade. Rather than a TN-based 1,366 x 768 pixel screen, the new Aspire S3 has a 13.3-inch Full HD IPS touchscreen display. It offers far better viewing angles than the last model, which is a must if the ‘screen sharing’ hinge mechanism is to be remotely useful.

Although we’ve not yet had a chance to compare the 2014 edition and the old Aspire S3 screen side-by-side, image quality appears to be significantly improved, especially in terms of colour reproduction. 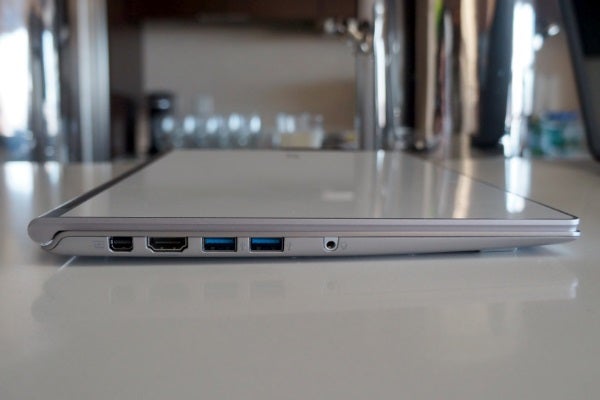 The most important, and most obvious, change in this year’s Aspire S3 model is that it uses Intel Haswell-generation processors (exact UK spec options TBC). These offer better performance across the board than the last generation, including much better gaming performance with its integrated Intel graphics chip.

Dedicated graphics chips will be available with the Acer Aspire S3 2014 edition, though, with the GeForce GT 735M an option.

We’ll give the laptop’s battery life a proper test once we get one in to review, but it should outclass the six hours of the 2012 version.

Finally, let’s check out the ports. As it’s an Ultrabook, the number of them is slightly limited. However you do get two USB 3.0 ports and another 2.0-type port, as well as the obligatory Ethernet and SD card slots. 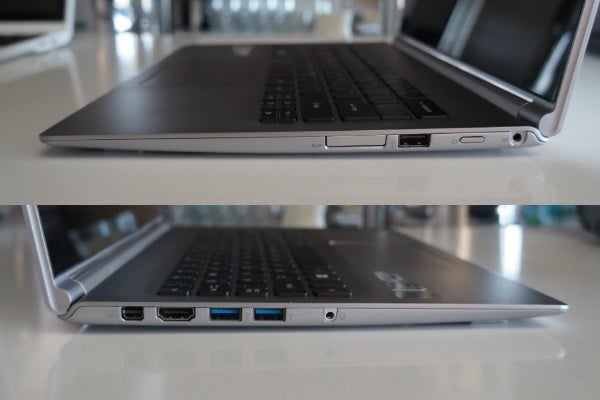 The Acer Aspire S3 is another solid Ultrabook in the Aspire range. It’s not a truly dynamic product, but solves several of the earlier model’s issues while bringing it into the present with numerous hardware upgrades.