Acer has firmly placed itself back into the world of Ultrabooks, launching the brand-new 2016 Aspire S 13 laptop to take on the likes of Asus’ ZenBook UX305. Here are the four things I learned when I spent some time using it after its unveiling:

And it feels it, too. With a starting price of US$699 (likely around £600 inc VAT) this is tackling a competitive market of cheap ultra-portables with high-end specifications. As a result, you’ll feel the difference between it and, say, a MacBook Pro. 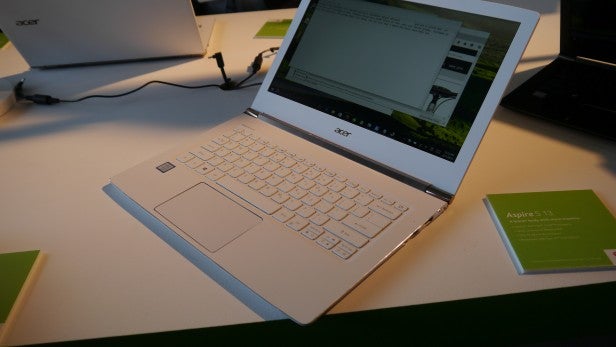 It’s light at just 1.36kg, although its plastic shell does an awful lot to contribute. It looks great, though, available in both black and white with a stylish, textured lid and nicely finished keyboard tray.

The keyboard itself feels great. It’s backlit and has a reasonable amount of travel to it, and the tray just has a little flex when you push down on it. In this area, at least, the Aspire S 13 doesn’t give away its cheapness.

Like the just-announced Acer Switch Alpha 12, the Aspire S 13 will ship with Intel Core i3, i5 or i7 processors with the U suffix, meaning they’ll be low-power, dual-core chips. Don’t discount them, though, they generally have excellent performance in most modest tasks such as web browsing and document editing. They’ll also be capable of some light photo editing. I’d imagine the models in the UK will get 8GB of RAM, although a paltry 4GB might be a possibility. 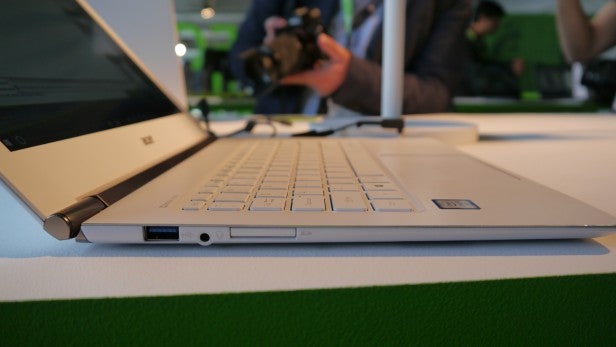 3) Battery life should be great

Acer reckons the Aspire S 13 will be capable of around 13 hours of battery life. I’m not convinced it’ll be that good in normal use, but with the screen brightness turned up, Windows 10’s fairly accurate battery indicator reckoned I had 8 hours to play with from 98% capacity. This could be very competitive if this makes its way to the final product.

With a 13in Full HD, IPS screen, images look pin-sharp and contrast is excellent. Colours also look nice and vibrant, so I’m optimistic the Aspire S 13 won’t be let down by its screen, which many cheaper Ultrabooks do sometimes suffer from.

Some models will come with a touchscreen, and based on Acer UK’s fairly strong history of touchscreen laptops, I’d expect us here in Blighty to get a touch model.

If the price in the UK is close to our estimates, the Aspire S 13 could be an extremely competitive Ultrabook to take on Asus’ ZenBooks.

My only question mark hangs over its build quality, as the amount of plastic and the bendiness of the screen portion of the device is a little concerning. It’s a pre-production model, though, so these niggles might have been sorted by the time a full retail version comes around.