There isn’t much to choose between the Acer and its rivals on price, but the R13 goes beyond every competitor in one area: screen quality. For starters, it’s a 1,920 x 1,080 panel, which means there’s more desktop real estate than the 1,366 x 768 screens included in its competitors.

Quality levels are higher, too. The brightness of 378nits is beyond every rival, and it means the backlight is strong enough to withstand bright sunlight and office glare. The black level of 0.41 nits is also good, making for a punchy contrast ratio of 922:1 – that’s better than the competition and high enough to ensure good vivacity and shade differentiation.

The good punch and contrast is helped by reasonable accuracy. The R13’s Delta E of 4.82 is average, but it’s better than every rival, and its 69.6% sRGB coverage is, again, middling – but still improved over every other machine here. The colour temperature of 7,174K is a little way off our ideal of 6500K, but competitors aren’t much better. 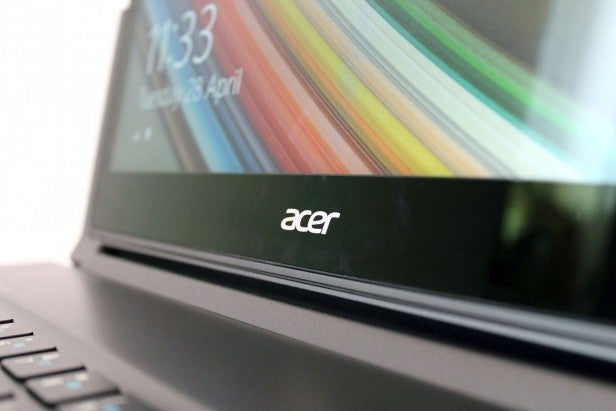 The Acer’s screen doesn’t get away with a clean bill of health because of its middling Delta E and cool colour temperature, but it’s got more quality than other mid-range hybrids – and a higher resolution. The higher resolution means 1080p movies are playable and there’s more room for work and web browsing, and the better contrast and colours mean everything will look better on this screen.

The screen’s good quality isn’t matched by the speakers. There’s plenty of volume, but that’s the only good thing here – there’s very little bass and a lack of quality throughout the rest of the range. Only use these if no audio alternatives are available.

The R13’s keyboard is deeply average. We wish Acer would have used the R13’s wide base to install a capacious typing surface, but the keys found here are small and tightly-packed – attributes that hinder fast, precise typing. 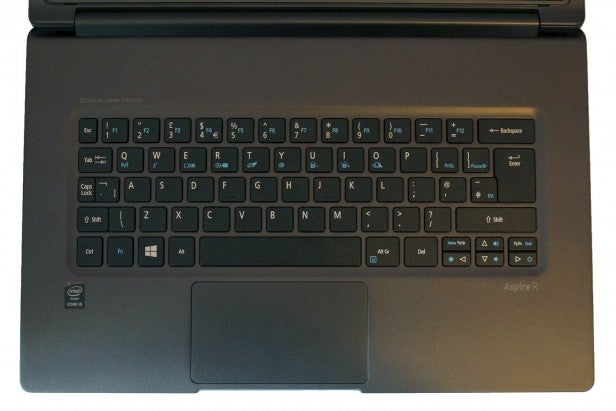 Key travel is middling, and the action is squashy and indistinct, without the snap of the best laptop equivalents. The layout isn’t too good, either: the Caps Lock, left-shift and Escape keys are tiny, and the Return key is made smaller by the Hash button. There aren’t any Function keys, either. On a laptop this size, there’s no excuse, and we’d advise keen typists to pick up the Asus instead.

The trackpad is better. It’s wider than most, and the two built-in buttons are rapid and responsive – a bit light and plasticky, perhaps, but that’s a minor qualm.