How many devices do we really need? A tablet, a laptop, a
phone and a desktop PC? Gadgets like the Acer Aspire P3 want to reduce the
amount of tech clutter in our lives. It’s a 11.6-inch Ultrabook-style laptop
running Windows 8, and its screen part pops out to become a tablet.

The best bit is that the Acer Aspire P3 starts at £599 –
which sounds cheap for an Ultrabook.

The hybrid tablet-laptop is one of the hottest tech trends
of the moment, and the Acer Aspire P3 weds this style of device to 2011’s
favourite technology buzzword – the Ultrabook. Acer claims that this device offers
the best bits of a tablet and Ultrabook, but costs a good deal less than most
of the Ultrabooks of old. 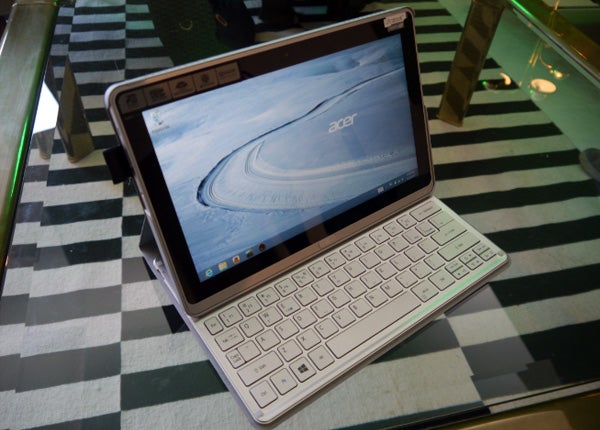 It’s a shade under 20mm thick and 1.39kg total, giving it
Ultrabook-like dimensions. However, a key component of the success of any
convertible is how its keyboard docks. And the Acer Aspire P3 doesn’t quite make
an entirely convincing laptop replacement. 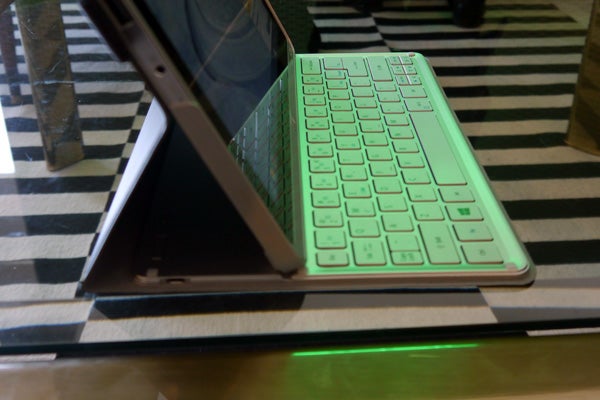 Its keyboard cover is just that – it doesn’t have a
laptop-like hinge, but a less secure system that uses a faux-leather-topped
semi-rigid fabric flap, while the tablet part slots into a groove in the
keyboard base. It’s a Bluetooth keyboard case, essentially. 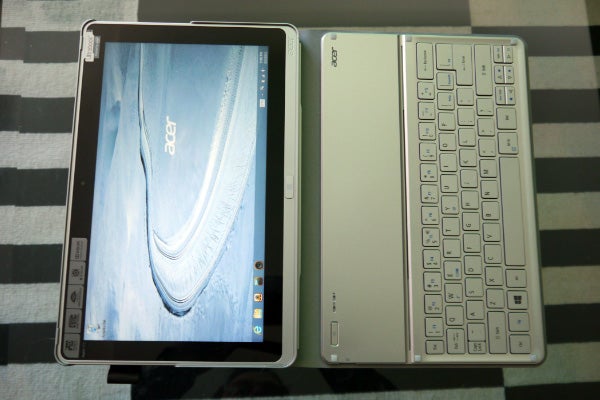 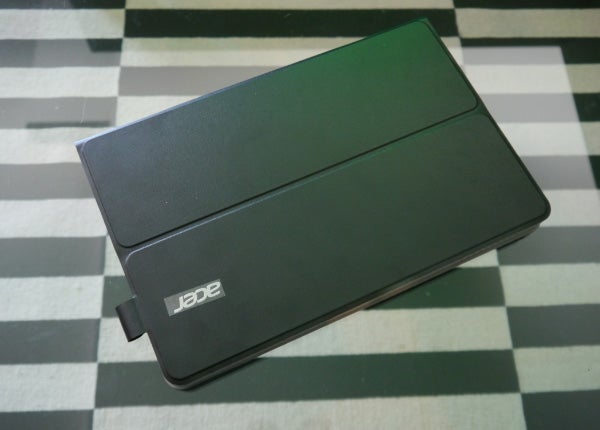 Acer’s referring to it as an Ultrabook shows quite how far
the term has become confused since 2011. Its bodywork is very similar to the
chunky Acer Iconia W700, reducing some of the excitement potential of something
that claims to be brand new – as the first convertible Ultrabook.

The screen part pops out of the keyboard base entirely too,
further removing the Aspire P3 from what we think of as an Ultrabook laptop. 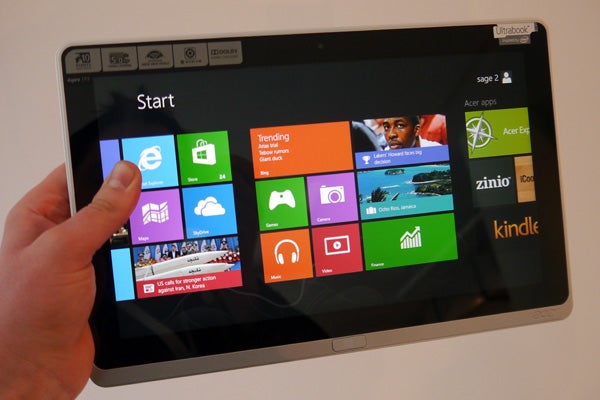 Its keyboard base uses a traditional chiclet key style, and
sacrifices a numerical pad in order to offer full-size keys for comfy typing. The
key action is roughly comparable to one of Acer’s slimmest laptops – shallow but
reasonably crisp.

As the keyboard talks to the tablet part over Bluetooth, you’ll
find the Aspire P3’s connections on the tablet. There’s a full-size USB port
and HDMI video output. There’s no memory card slot here. 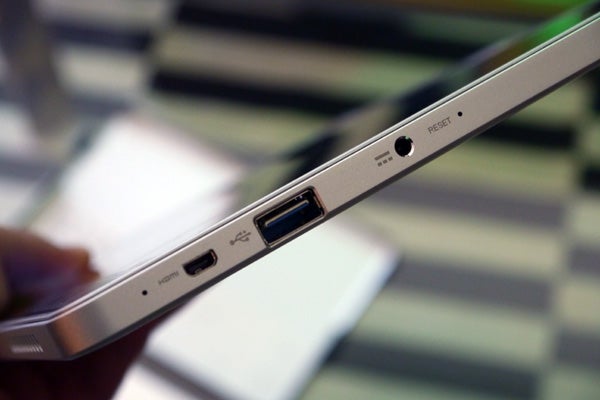 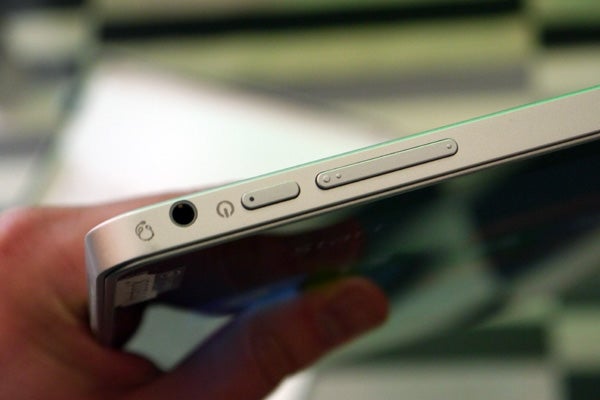 However, as this is a “proper” PC, internal storage is decent.
The Acer Aspire P3 has either a 60GB or 120GB hard drive, and there’s either
2GB or 4GB of RAM on-board – low-end specs for a laptop, however.

It uses Intel Core i3 and i5 processors, which are central to
the device’s claim to the Ultrabook term. If you don’t use Intel Core i3/i5/i7
chips, you can’t call yourself an Ultrabook. The 5,280mAh battery will last for
seven hours according to Acer. 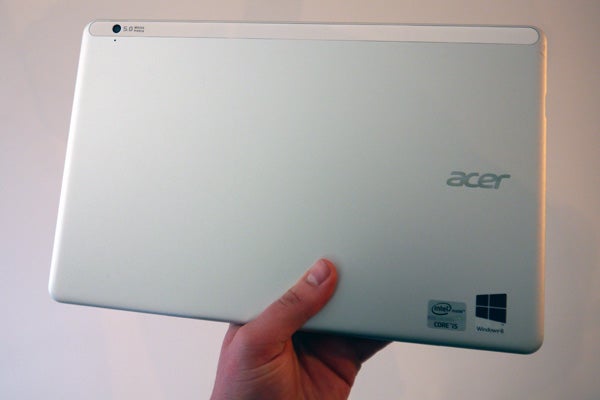 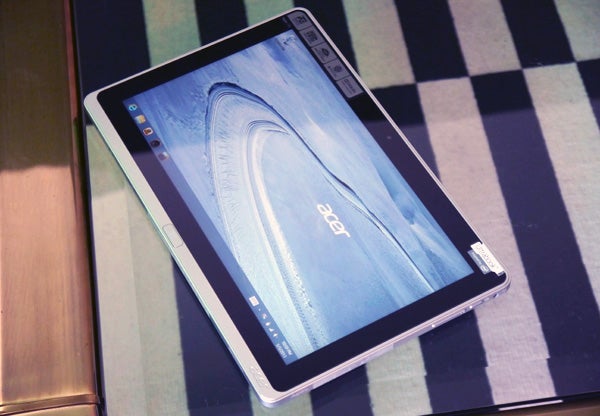 When used as a tablet in particular, the relatively low pixel
density of the screen becomes clear. The pixellation of text is pretty obvious
and it makes images look artificial. 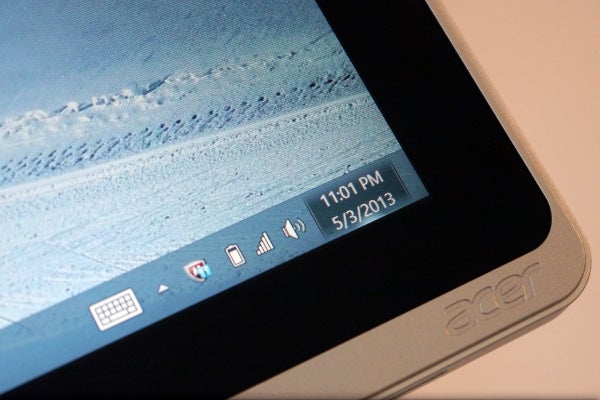 However, the display is otherwise good with respectable
colour reproduction and the usual strong viewing angles you get with an IPS
panel.

Although it may technically be able to call itself an Ultrabook,
calling the Acer Aspire P3 such a thing feels like a misrepresentation of
sorts. It’s best thought-of as a convertible Windows 8 tablet. Ladling superlatives
upon it may not do it any favours in the long run for what is essentially just a more
powerful than average Windows tablet.