Despite being ‘brand new’, Intel’s Pine Trail Atom platform doesn’t offer too much improvement over its predecessor in terms of functionality. As such, while technically new, we’re still looking at netbooks from every manufacturer that are more or less clones of each other. This is particularly true of the Acer Aspire One 532h, as it’s literally engineered from the same DNA as the Packard Bell Dot S2 we reviewed recently. Of course this makes sense as PB is now a subsidiary of Acer, so let’s see how the two netbooks differ from each other. 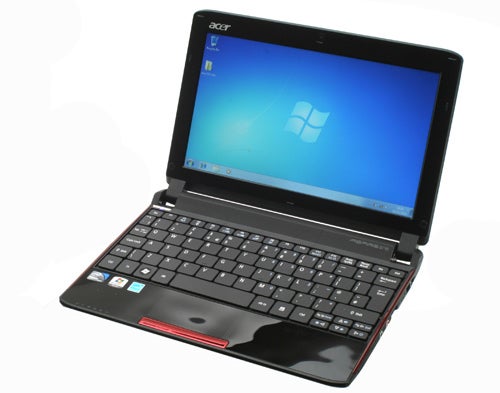 Given Acer’s success in this market, with the original Acer Aspire One being one of the best-selling models of the first generation, the 532h has quite a bit to live up to and in terms of looks it matches up. Our model, sporting a glossy dark-red lid with subtle gold flecks, looks rather fetching, though it does pick up fingerprints easily. As well as Ruby Red, the One should be available with Sapphire Blue and Pearl Silver options.


Opening the machine up we’re greeted with a mostly glossy black interior, with a few red chrome highlights to provide consistency with the lid. Thanks to a few subtle changes it’s a far more attractive affair than the Dot S2. First off we prefer the colour scheme, which is more complementary. That bulging hinge has also been altered, and with the hinge edges now cast in the same shape it’s less obtrusive. 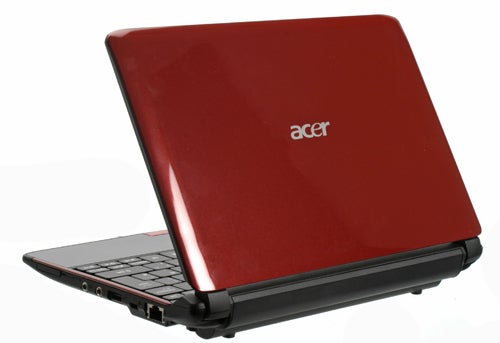 Unfortunately, though it looks better than the Dot S2 it’s not actually as pleasant to use. Acer’s use of a glossy plastic palm rest means you constantly need to wipe away grease marks if you want to keep the machine looking good. We suppose it’s to match the screen’s glossy bezel, but it would have been better if Acer had used a more durable material here.


Our next bone of contention is the multi-touch touchpad. It’s the same shape and size as the excellent example found on the Packard Bell netbook, and it’s just as responsive, but here its dotted texturing is just a little too rough for comfort – almost like rubbing your finger along low-grade sandpaper. 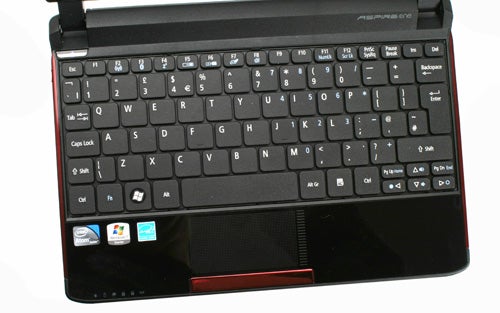 Thankfully the matte keyboard remains identical, if now black rather than white. This means you get large, comfortable keys that offer excellent feedback despite slightly shallow travel, and a top-notch layout. Quite simply, it’s one of the best netbook keyboards around. While we’re on positives, the Acer Aspire One 532h comes with the same ingenious power plug design as used on the Dot S2, so you shouldn’t have trouble plugging it in anywhere.


Connectivity is also identical to its cousin and indeed to most other netbooks, whether from this generation or the last one. That means you get a disappointing selection of three USB ports, headphone and microphone jacks, an Ethernet port, memory card reader and analogue VGA video output.

Though the higher-end Acer Aspire One 532h-2Db model comes with a 720p-capable HD ready 10.1in screen, on this model we’re stuck with the good old 1,024 x 600 resolution we’ve come to know and… well ‘hate’ is too strong a word, but it’s far from ideal. Mind you, at least the lower resolution makes text consistently legible and keeps the price down to match its contemporaries. Other than its resolution, the screen doesn’t offer any other serious reasons for complaint: viewing angles are decent enough and it’s bright and sharp. It should do fine for what one expects from a netbook. 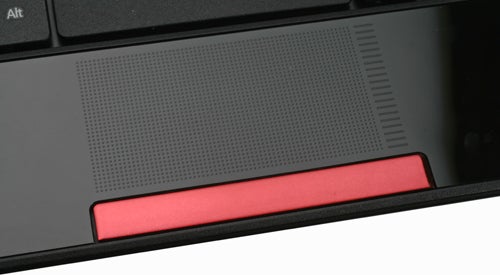 Audio production from the speakers is impressive considering their tiny size. Despite an inevitable lack of bass, generally material comes across without distortion and at greater volume levels than you would expect from a netbook.


Inside we have the same 1.66GHz Intel Atom N450 CPU (paired with the company’s NM10 chipset and GMA 3150 graphics) as every other Pine Trail netbook. Further specs include 1GB of RAM, which is just enough to keep Windows 7 Starter happy though we’d prefer to see 2GB what with DDR2 RAM being so cheap. Meanwhile a 250GB 5,400rpm hard drive provides ample storage for the needs of most netbook users.

As with the other new netbooks we’ve come across sporting this configuration, the Acer Aspire One 532h does just fine with graphics-card-accelerated 720p video – provided that’s all it’s doing. On the software side you get Microsoft Works SE 9 suite for productivity and trial versions of MS Office 2007 and McAfee Internet Security. Acer Video Conference Manager is on hand to utilize the 0.3-megapixel webcam.


Where wireless is concerned, the 532h lacks Bluetooth as provided by the Asus Eee PC 1005PE, but at least it goes one better than the Packard Bell Dot S2 by providing 802.11b/g/n rather than just the slower ‘g’ standard. 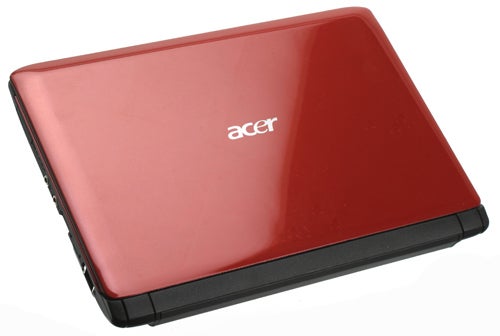 Unsurprisingly (considering it sports the same 4,400mAh, 48 Watt-Hour battery), battery life is nearly identical to the Dot S2, meaning you can expect between six and seven hours of reasonable use.


Unfortunately, you don’t get any of the extras that came with PB’s offering, such as the slip case, XSync dongle or Adobe’s Photoshop Elements 7. However, aside from its convenient international traveller’s warranty and slightly faster Wi-Fi it’s also slightly cheaper right now, at £290 compared to the Dot S2’s £300. On balance, we would say the PB just about wins out due to its sibling’s inferior usability thanks to the slightly uncomfortable touchpad surface. 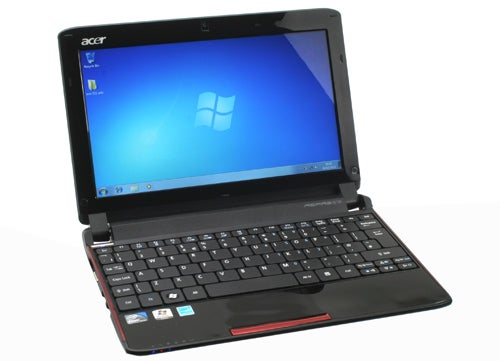 It’s also worth keeping in mind that the Asus Eee PC has dropped £10 since we reviewed it, so for those who want Bluetooth it’s an interesting option. Mind you, at this kind of price point the older generation Atom combined with nVidia’s ION is still where it’s at as far as we’re concerned. If you don’t mind a somewhat larger machine with slightly less battery life, netbooks like the sub-£300 HP Compaq Mini 311c give you an HD-resolution 11.6in screen and 1080p video playback, CUDA acceleration and HDMI. If size and battery life are primary considerations, you can get a plain netbook offering very similar performance to the 532h (minus the 720p video playback) for around £220.


While not a bad effort, the Acer Aspire One 532h-2Dr suffers for being very similar to its Packard Bell sibling and not offering enough incentive over cheaper, previous generation machines that are considerably cheaper. It won’t let you down, but neither will it blow you away.