The back to school season has arrived, so it’s worth looking at the latest laptop releases to find a machine with the power and versatility to cope with the new term.

Acer’s Aspire E 15 is a prime contender. It’s got a 15.6in screen that’s ideal for work and streaming video, and Acer has deployed an AMD APU to provide the power – which means there are four processing cores and a Radeon GPU inside the same chip. 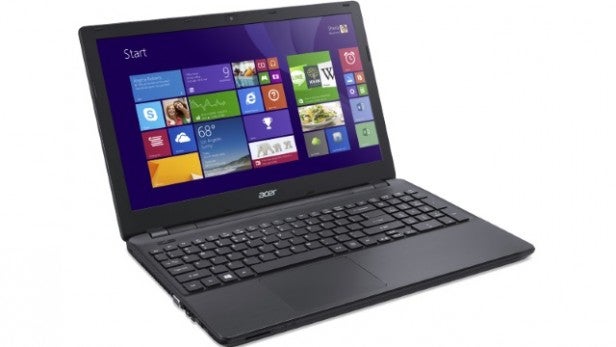 This is not a distinctive notebook. It’s made from black plastic, and there are few sops to extravagance. There’s a brushed metal effect used across the lid and much of the interior but it’s barely detectable, the power button is black, and there’s a simple AMD sticker on the wrist-rest.

Acer could have made up for the bland design by making this Aspire slim and light, but it weighs 2.5kg and is 30mm thick. Both figures are mid-range numbers even in the world of mid-range laptops, and it’s possible to spend similar cash and get lighter and slimmer systems elsewhere. Lenovo’s diminutive IdeaPad Yoga 2 11 hybrid costs £500 and is more than 1kg lighter and almost twice as slim, and the £499 Toshiba Satellite Click 2 L30W-B-10D is another thinner, lighter hybrid. 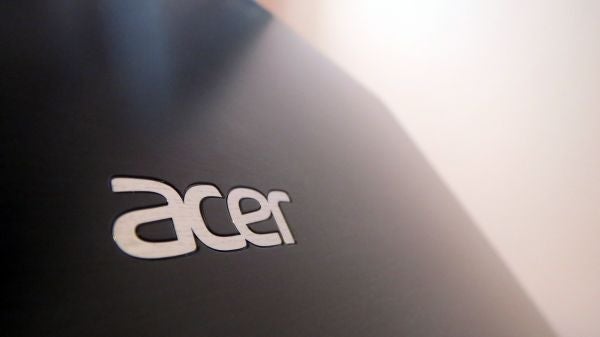 Those two are of course smaller-screened alternatives and a larger screen does have its advantages. The Acer is also sturdy, with good strength across most of its surfaces. There’s also room for a DVD drive, which smaller machines likely won’t have.

Elsewhere, the news is less positive. There’s only one USB 3.0 port, with two slower USB 2.0 connectors included – a selection that’s meagre by laptop standards. Internal connectivity also disappoints: the Wi-Fi chip is 802.11n rather than 802.11ac, and the Ethernet isn’t Gigabit – just 10/100. The Toshiba hybrid is better, with dual-band 802.11ac Wi-Fi included.

There’s no easy internal access to this system, either: we removed a multitude of screws from the Acer’s base, but there’s no smaller panel and the main base plate wouldn’t budge.

The Acer has done little to impress so far, and the tables aren’t turned by the 15.6in screen. It’s not touch-compatible, and the 1,366 x 768 resolution is low – enough for a single window, and for watching 720p films, but not enough for serious work or Full HD movies.

Any hopes of getting graphical work done on this machine are further banished by the screen’s cold, blue cast: the colour temperature of 7,922K is dreadful – a long way from the ideal 6,500K figure – and blues are the only colours on the sRGB gamut that this screen can fully render.

It’s no better elsewhere. The average Delta E of 10.17 is poor, which means inaccurate colours, and they’re joined by a contrast ratio of 387:1 and a particularly bad black level of 0.6 nits. 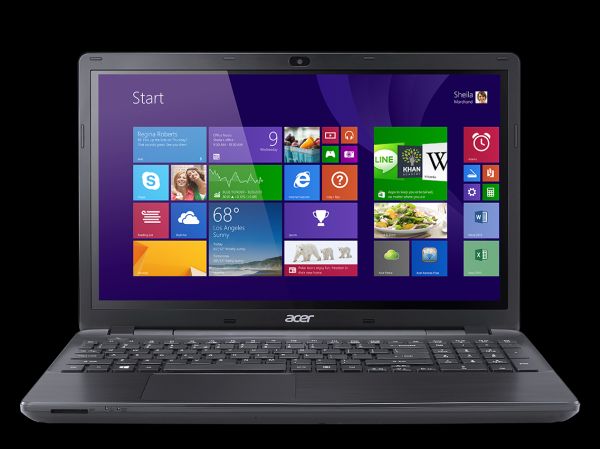 The cold colour temperature doesn’t just give white tones a blue hue, skin tones and bright colours also lack vivacity. The poor contrast ratio makes it difficult to distinguish between different dark tones, and the lack of a good black level means that the darkest shades don’t have the inky qualities we appreciate.

In short, it’s a screen that’s only good enough for writing coursework and browsing the web. That’s fine to a point, but you can do better. The Lenovo and Toshiba systems have similar screen quality to each other, and both are better than the Acer.

The Acer isn’t redeemed by its audio kit. There’s no great volume, and the reasonable bass and high-end are moot when the mid-range is so muddy and indistinct – they make listening to music on this machine a mediocre experience.