In our recent review of it we might have complained about the excessively long model number of the Acer Aspire 7735Z-424G32Mn, but the company can justify it a little because of the huge range of configurations it appears to be offering in this chassis. Today, for example, we’re looking at the Aspire 7535G-824G50Mn, which – on the outside, at least – is physically identical. On the inside, though, it’s a very different beast, sporting an AMD processor and ATI graphics chip rather than the 7735Z’s Intel equivalents. 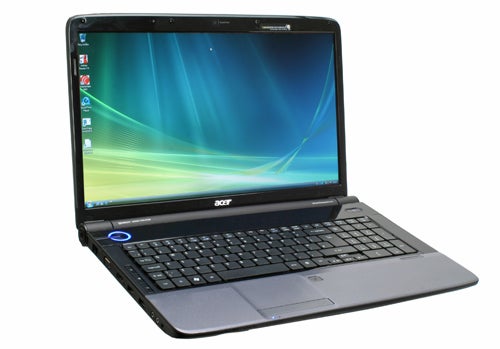 For a more detailed look at this chassis you should take a look at the previous review, but let’s just have a quick run-through. It doesn’t look too bulky for its size thanks to tapered edges, while the lid sports an attractive blue finish that – as is so often the case – picks up fingerprints quite easily.


Inside things are a little different. While there are some touches of glossy black they’re reserved for less conspicuous areas, with the palm rest and touchpad finished in a practical matte grey and the keyboard matte black. There’s a striking blue-backlit power button and physical buttons for wireless radios (though this model still doesn’t feature Bluetooth) and backup. Finally, the Eco button on the 7735Z has been replaced with Launch Manager functionality on the 7535G, essentially making it a customisable shortcut button. 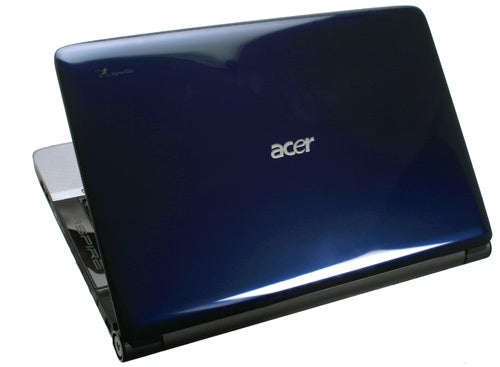 Like many laptops now, the 7535G has an isolation-style keyboard – Acer’s take on one, at least. It’s a good one, too, with well proportioned keys and an excellent layout that allows plenty of room for a full number pad. However, despite an identical chassis this keyboard suffers from noticeable flex where the 7735Z did not. This is likely due to manufacturing variability, so hopefully won’t be the case on all retail units.


On the other hand, the touchpad performs identically to that found on this laptop’s twin, meaning its sensitive, large surface is smooth yet not slippery. Unfortunately it also means that the touchpad’s button rocker is just as stiff and awkward as before, making right-clicks a bit of a trial. 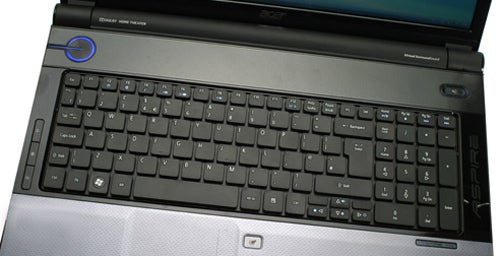 Connectivity is fairly standard, comprising VGA and HDMI video outputs, four well-spaced USB ports, modem and Gigabit Ethernet connections, a memory card reader and tray-loading DVD-Rewriter. Notable omissions are eSATA and an ExpressCard slot, but audio is well-catered for with three 3.5 audio jacks for analogue surround sound, one of which also acts as a digital output.


As with its twin, the aural performance is relatively impressive for a budget notebook; certainly adequate for the occasional film or game. Bass isn’t prodigious, but the speakers can reach decent volumes while maintaining a nice sense of clarity.

Regrettably the glossy 17.3in 1,600 x 900 screen is fairly average, suffering the usual laptop drawbacks of mediocre viewing angles, average dark detailing and noticeable banding. This is to be expected at this price point, though – if you’re truly discerning you need to spend a lot more on the likes of the Dell Studio XPS 16 with its RGB-LED backlit display.

Moving onto this machine’s hardware, the 7535G is powered by an AMD Turion X2 Ultra ZM-82. This processor may run at 2.2GHz but it’s essentially the same architecture as the Athlon 64 X2 processors of yesteryear, so it won’t match Intel’s mobile offerings clock for clock. However, it should still give more than adequate performance for the average consumer. 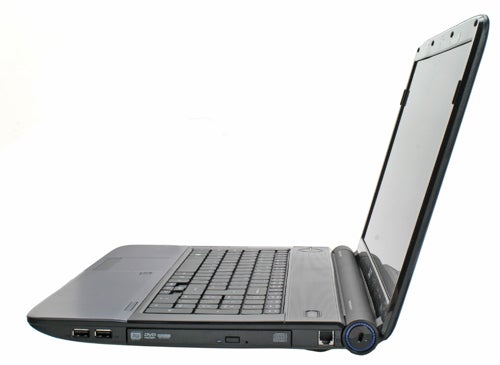 Considering that you can’t get much worse gaming performance than Intel’s integrated graphics at the moment, any chip is going to do a better job, but the 512MB ATI Mobility Radeon 4570 will actually let you play a few titles with decent details. Compared to the Intel GMA 4500M HD found in the Acer Aspire 7735Z-424G32Mn, the Radeon more than doubles its 13fps score in TrackMania Nations at Medium detail with a playable 28.5fps average.


Throwing the 4570 something a little more challenging, Call of Duty 4 chugged along at the screen’s native 1,600 x 900 resolution, but dropping that down to admittedly quite low 1,024 x 600 provided a perfectly smooth 36fps average with all details set to high. If you’re willing to compromise further on detail settings, a more practical resolution should be playable. 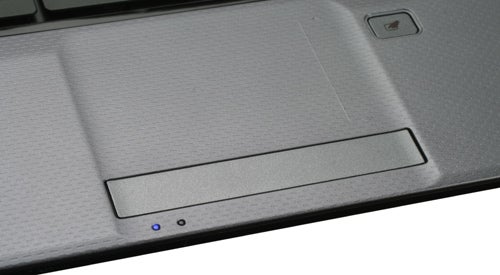 We can’t complain about the 4GB of provided RAM either as it’s more than the 32-bit version of Windows Vista Premium knows what to do with. Storage has also received an upgrade from a 320GB drive to 500GB, while Draft-N Wi-Fi remains. Overall, lack of Bluetooth aside, it’s a good specification for the price.


As expected, the discrete graphics card and less power-efficient processor do drive down battery life – in the semi-intensive Productivity test this 7535G managed only 145 minutes compared to the 7735Z’s 186 minutes. A bit short of three hours for the Reader test is still impressive though, especially since this laptop’s screen is perfectly usable at lower brightness settings. It’s certainly plenty for what is essentially a desktop replacement. 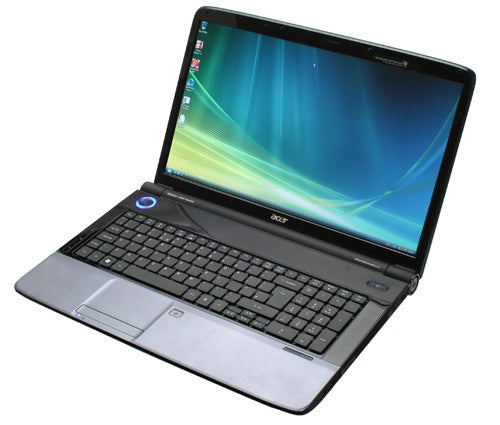 When it comes to value, however, the better video card (helped by the larger hard drive) has driven up its price considerably despite the cheaper processor. It still represents good value for money if gaming performance is an important factor for you, but anyone who isn’t sure will find the Intel based 7735Z equally (if not slightly more) adept at everything else and considerably cheaper, too.


This is another good desktop replacement from Acer, providing reasonable gaming performance and good multimedia credentials at an affordable price. It’s not quite the bargain its Intel-based equivalent is, but if you want a little gaming potential you could do worse.

Though outperformed by the Intel-based 7735Z-424G32Mn, the difference with the Aspire 7535G-824G50Mn is nothing most consumers would notice.

As usual Intel parts mean higher battery performance, though this will always be the case with integrated versus discrete graphics.

The gap narrows in the less intensive Reader test.

Unfortunately the DVD test didn’t work on the 7735Z, so in the benchmark where the two laptops would likely have been closest we can’t compare.