Having marvelled at the stunning 26in NEC Benny reviewed recently, I couldn’t help but think it was setting an impossibly high benchmark for all to follow. Even a cursory glance showed it was a superb panel, a point reflected in the maximum Performance score given.


I’ll freely admit I wasn’t expecting such marvellous results from Acer’s AL2623W, though that’s no great surprise. Acer has made no secret of targeting a budget market with its LCD monitor range, which is either a good or bad thing depending on exactly how budget a display actually is. 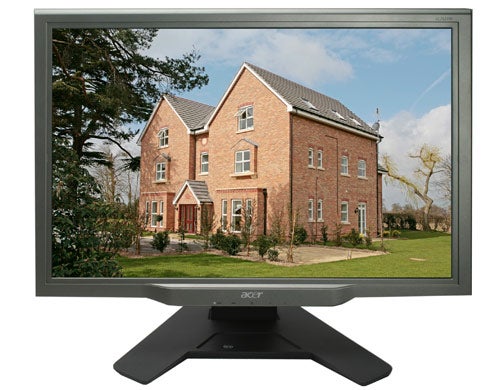 Quite recently Benny looked at the AL2216w, whose budget origins were rather too evident – especially in the ugly colour shift when viewing from an angle. The 26in monitor I’m looking at here is aimed primarily at the office environment and purely from an aesthetic point of view immediately improves on the 22in display. Though by no means stunning, the ‘titanium’ – read dark grey – metallic plastic bezel is certainly an improvement.


Regrettably, Acer hasn’t seen fit to add much in terms of stand adjustment to the AL2623W, with tilt the only thing available. That means no rotation, pivot or height adjustment, which is a major disappointment. Although the monitor is cheap for its size, I’d still like to see some adjustment available especially considering the professional/office environment this is targeted at stand to benefit most from an adaptable monitor. 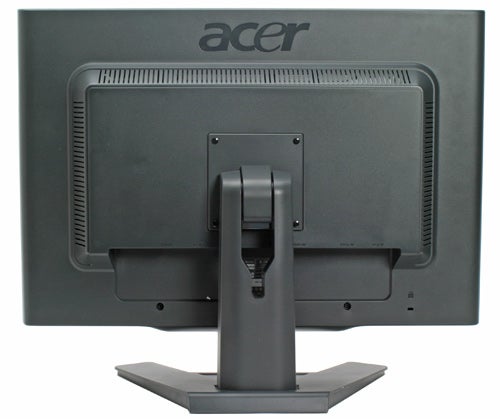 As with any 26in monitor, the Acer sports a 1,920 x 1,200 native resolution, which is obviously the primary selling point of the monitor enabling you to put two full-sized A4 documents alongside each other on-screen or watch content at a full high-def resolution of 1080p. In aid of this, the DVI port on the AL2623W is also HDCP compliant.


Utilising a PVA panel, the AL2623W is a full 8-bit, 16.7 million colour monitor – no 16.2 million colour malarkey here – with a reported contrast ratio of 800:1, a 5ms Grey-to-Grey response time, 500 cd/m2 brightness rating, 0.287 x 0.287mm pixel pitch with connectivity restricted to DVI and D-Sub ports, along with an audio jack for the in-built “speakers”. Contrast is boosted to 1,600:1 by the Dynamic Contrast Ratio (DCR) mode, which is activated via the OSD.

Those “speakers” are mounted inside the back of the bottom edge of the monitor, and are just about good enough for application noises, but only just. I could go on wondering why they’re even needed, but suffice to say we’re in MP3 players for GPS systems territory here.


Control buttons are located on the underside, just below the Acer logo with symbols on the front. Pleasingly, the buttons are quite well spaced so it’s easy to locate the correct button by touch alone. 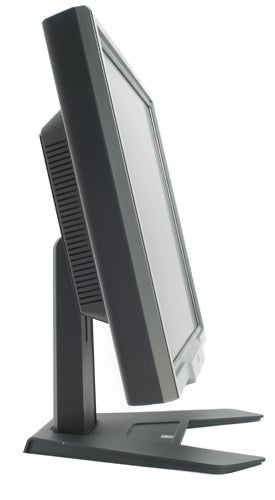 OSD options are fairly limited, mainly because beyond size the AL2623W doesn’t boast a great many features. Using the Auto button and arrow keys you can switch between User, Text, Standard, Graphics and Movie display settings. User is self explanatory, so I’ll move straight onto the other modes.


Text mode primarily reduces the Brightness, making prolonged reading more comfortable, but otherwise has no greater effect. Standard is the default mode, and is the one you’ll most likely use in all instances. This is because the Graphics and Movie modes are hopelessly over-saturated, thus washing out colours on the higher end of the spectrum and ruining the black levels.

Black levels are, however, boosted by the DCR mode, which artificially boosts the contrast ratio up from the fairly ordinary 800:1 to a more serviceable 1,600:1. In general the effect is quite good, boosting blacks and whites significantly, which was especially good when watching video.


As a test I loaded up Apocalypse Now to some of the final scenes, which involve Martin Sheen skulking about in muddy water and shadows. The difference was very evident, with DCR really improving the black levels during dark scenes and brightness overall. It should be noted, however, that the effects of so called “dynamic contrast” modes, not just this one, do vary from application so where it can be beneficial in one instance results aren’t by any means consistent. In general I found I avoided using DCR unless I knew it would be beneficial and only then after I’d tried it out before.

For more rigorous testing we put the AL2623W through our usual set of DisplayMate tests, which give a monitor a good workout and generally highlight any significant flaws in performance. Here the monitor put in an average performance, with a number of problems being thrown up.


Although the reported brightness is actually a decent 500 cd/m2, this doesn’t translate into an especially vivid display. Colour gradation in the Colour Scaling tests weren’t as strong as I would have liked and one had to look closely to spot the differences especially in the middle of the spectrum. These test results were backed up by firing Trackmania Nations, a severely fast and colourful racer. It quickly showed the colours weren’t especially vivid, though the panel did deal well with the high speed motion.

In the Grey-Scale test the AL2623W struggled to produce the darker greys satisfactorily and activating DCR only compounded the problem. More alarming though was the White-Level Saturation test, where the panel failed miserably at producing very bright whites properly. Moreover, no manner of fiddling with the Brightness and Contrast settings helped, thus concluding that this is a problem intrinsic to the panel. I also found whites and light greys to have a slight pinkish tint using the Warm colour settings, while Cool was rather too Blue even for those who like a cooler look.


Colour Uniformity tests showed some minor shading along the sides of the screen but nothing terribly alarming, and there was a pleasing lack of any noticeable backlight bleeding when looking at a dark screen. The High Contrast-Streaking test showed a noticeable amount of shadowing, though this was less evident on the Mid-Range Streaking test. 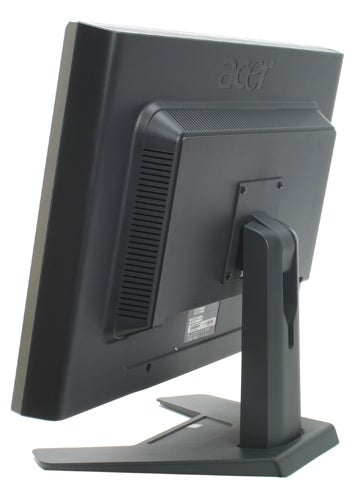 Overall the AL2623W performed more or less as one might expect, proving it was suitable for its target market but probably not for those interested in image editing or multimedia. Viewing angles were okay, remaining readable from an angle despite some colour shift.

Acer also ships the AL2623W with its GridVista software, which enables the user to split the screen into a grid system and dock windows into each area. Allowing for up to four grid configurations, it’s a fairly useful addition and will certainly appeal to professionals who need to monitor several different windows at the same time.


At the price it’s also fairly cheap for a 26in monitor, though not necessarily for a monitor with a 1,920 x 1,200 resolution. Unlike, say, opting for a 30in Dell – or the 30in Samsung we’ll be reviewing shortly – a 26in monitor boasts a maximum resolution that’s no greater than a 24in monitor. Consequently, you’re only gaining physical size rather than actual desktop real-estate. 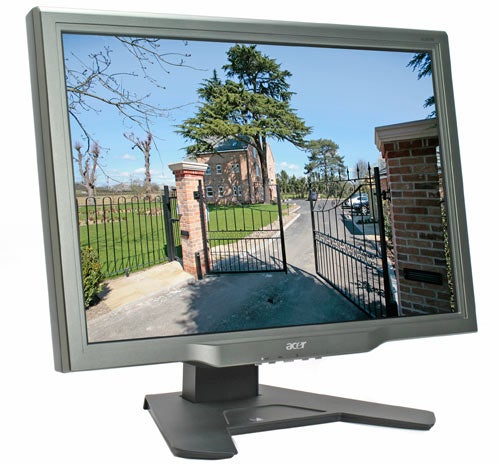 Moreover, for slightly less you can get the astoundingly good BenQ FP241W. Of course, that would probably be overkill for an office environment – it’s an all round powerhouse – but the fact remains I certainly couldn’t recommend this over the BenQ for anyone needing an all round solution. Crucially, the lack of adjustability compared to cheaper 24in models makes the Acer 26in a rather less adaptable performer.


Although satisfactory in most respects, the lack of any meaningful stand adjustment puts a bit of a downer of things. At £570 it is cheap for the size, but I’d argue it doesn’t present as much value when compared to 24in models that feature pivot and height adjustment. If you’re convinced the extra inches are what you need then it’s worth considering, but there are plenty of other options that I’d pursue first.