There are many things we take for granted in the modern world. We expect to have running water. We expect to have electricity. We demand personal motorised transport, to be able talk to people on the other side of the world without having to pay too much, and to be able to get in a plane and fly across the Atlantic Ocean in less time than it takes to walk 20 miles. 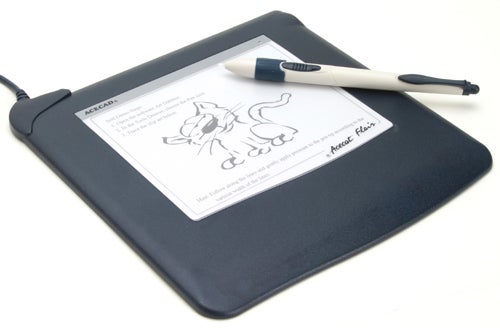 In the world of computers the equivalent is the much-ignored human interface. The humble mouse in particular is a tool without which the interaction with our computers and the Internet would be a much less easy to handle experience. Incredible to think that before 1964 the mouse had yet to be invented. No one had ever heard of one being used to control a computer, much less go shopping, draw pictures, edit photographs and play games with.


Despite the enormous success of this humble input device, though, there are some tasks that it isn’t well suited to. If you’ve every tried signing your name with one you’ll know what I mean. I’ve tried and tried and, after years of practice, I still can’t draw properly with one or write neatly. Now some who know me might point out that I can’t do either particularly well anyway, but that’s beside the point. Pen and paper is still the ultimate tool for taking notes, drawing maps and creating drawings. Which is why graphics tablets like Acecad’s Acecat Flair were invented. 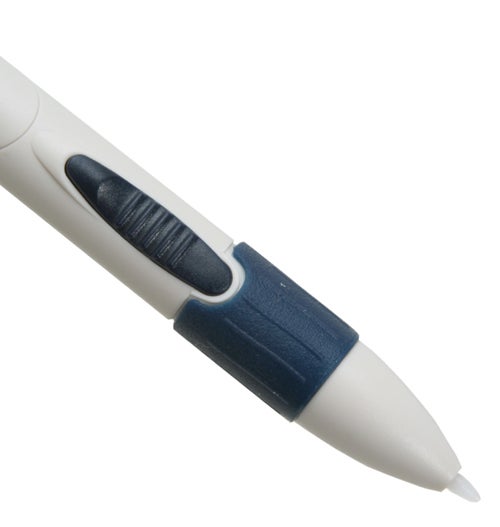 Graphics tablets like this used to cost an arm and a leg. They were the preserve of professional computer artists so most home users gave them a wide berth. Now they’re almost as cheap as a decent keyboard and mouse set and worth considering as an addition to, or even a replacement for, trusty old Mr Mouse. The Flair costs just £39.95.

If you’re worried about over-complicating things there’s no need. Installing the Flair is one of the quickest and simplest installation jobs I’ve had to do recently. Just plug it in, dump the CD in the drawer and you’ll be penning your way happily around Windows a matter of minutes.


As a replacement for your mouse it takes a bit of getting used to, but before long I was navigating my way around Windows with speed and precision. Manipulating scrollbars right at the edge of the screen can be tricky, but since the rocker switch mounted on the barrel of the pen can be assigned to various different tasks, it’s a problem that’s easy to circumvent. 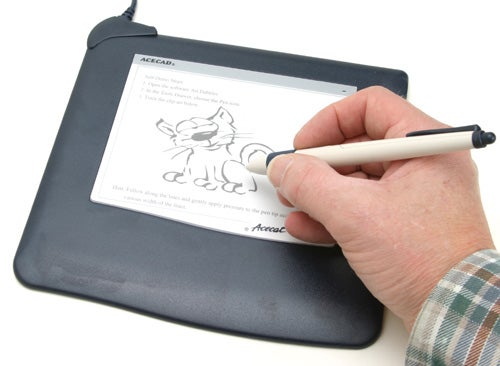 The pen is comfortable to hold with its soft rubber grip – though a bit on the plasticky side – and the pad itself is about the size of standard mouse mat. It measures just 20 x 19.5cm (WxH), so there’s no need to give up precious desk space either. In fact the only real negative is that it doesn’t have, as more expensive tablets from Wacom do, an eraser on the other end of the pen.


I’ll still be going back to my mouse for navigation purposes because I find the scroll wheel so useful and I can’t imagine playing games with a tablet, but if this doesn’t bother you it’s a perfectly capable alternative. 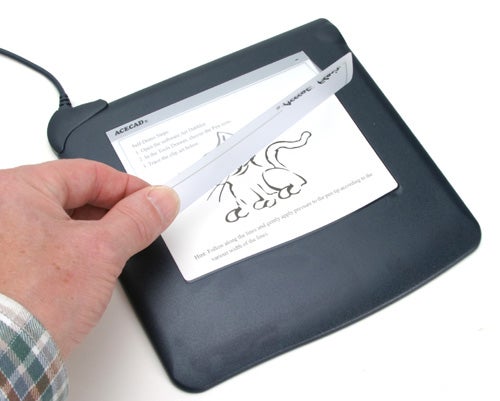 It’s not as a mouse replacement, however, that graphics tablets like this come into their own, it’s when using drawing packages like Adobe Illustrator and photo editing software such as Photoshop that you really notice the difference. The precision with which brush and pen tools can be manipulated, masks applied and quick selections made is a revelation if you haven’t used one before, while the pressure sensitivity is a real boon for making quick sketches.

To showcase the pad’s capabilities Selwyn Electronics has thrown in a copy of Metacreations’ Art Dabbler with the Flair – a superbly put together, if basic, drawing application that’s compatible with the Flair’s pressure sensitivity. It’s not what the design bods at Ford might use to sketch out the designs for the successor to the Focus, but it is great fun to use and something kids will take to straight away.

I’m no artist, but I did find myself distractedly doodling away while writing this review with some surprisingly impressive results. And even if your drawing skills, like mine, are really ropey there’s a transparent cover on top of the pad so you can use it to draw around pictures placed beneath – just like digital tracing paper.


The pen might not be mightier than the mouse when it comes to Windows navigation, and I’d hesitate to recommend it for game playing as well, but this little graphics tablet is a fantastic tool for when you want to indulge your creative side.


Better still, at £39.95 it’s moving graphics tablets into PC World impulse buy and stocking filler territory. It’s cheap, cheerful and all the better for it. Can I have one for Christmas please?