Ace of Spades – Available on PC through Steam

Given the popularity of Minecraft it was inevitable that there would be copies and clones, but Ace of Spades takes the concept in a new direction. Call it a mash-up, call it a hybrid, but it’s a cunning combination of Notch’s blocky masterpiece with the online team FPS – and more specifically Team Fortress 2. This in itself isn’t a particularly brilliant idea, but what Ace of Spades does so well is make the construction, tunnelling and demolition aspects of Minecraft an integral part of the game. Ace of Spades is as much about building barricades and wrecking the scenery as it is about taking headshots and notching up kills. 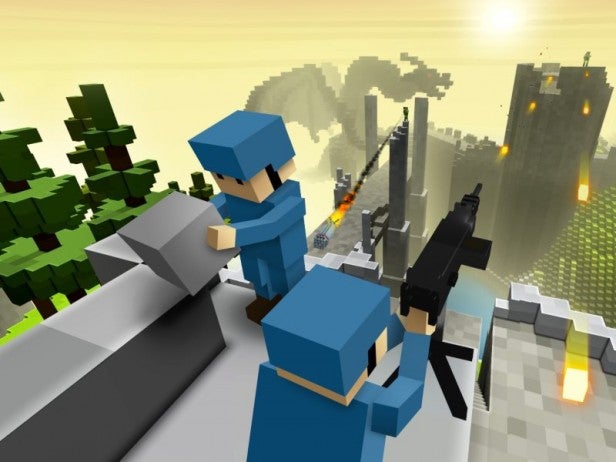 Ace of Spades – Knock your Block Off

There’s nothing original about the visual style. The influence of Minecraft is everywhere in the blocky scenery, the blocky characters and even the blocky weapons, to the extent that looking down your iron sights or using the scope on the sniper rifle will just give you a closer view of the blocks. It’s all very cute and very retro, and exploding red blocks are a nice change from exploding red gibs, and the architecture in the maps is quite impressive. All the same, if you think Ace of Spades looks like a Minecraft rip-off, there’s nothing in the art style to change your mind.

There might be, however, in the gameplay. It’s a class-based game, with four roles in the majority of game modes. The Commando is your basic heavy-weapons class, kitted out with a minigun and rocket launcher, and slightly harder to put down than the rest. The Marksman is your sniper, tooled up with scoped rifle and landmines. The Rocketeer is a fast, agile shock trooper, equipped with a jetpack, SMG and auto-turrets. Finally, the Miner is Ace of Spades’ take on demolition, with dynamite and a special drill launcher that fires projectiles that actively tunnel through the environment before exploding. 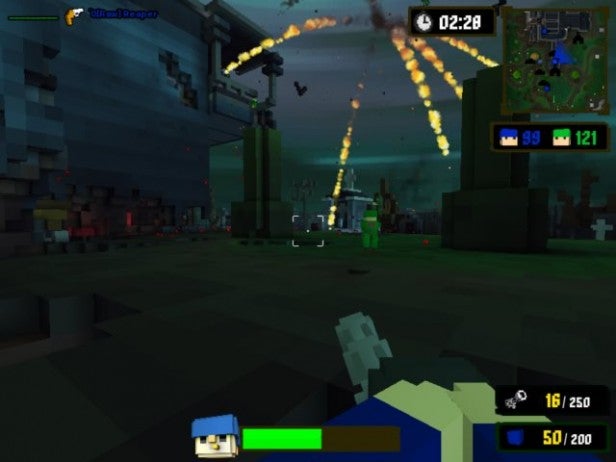 Meanwhile, sessions fit into several different game modes. As well as the vanilla Team Deathmatch, there are Demolition games where the object is to destroy the enemy base before they destroy yours, a King of the Hill variant where it’s all about occupying a set position for as long as you can before it moves, and Diamond Mine, where it’s your job to blast through the scenery in search of diamonds, then carry them back to the drop location before the enemy team can stop you. Vying with Team Deathmatch and Demolution for our favourite is Zombie mode, which begins with a single zombie attacking a team of survivors, but as each survivor dies and becomes infected, soon becomes a frantic battle against waves of undead attackers – or a race to get the last survivor before the clock runs down.

As a straight shooter, Ace of Spades wouldn’t be anything more than a novelty. It’s fast paced and reasonably well-balanced, but nothing special. What makes it is the ability to not just destroy but construct in the environment. All classes carry a spade or pick that can be used to chop through ground, stone or concrete block-by-block, and dynamite, drills and grenades can be used to blast away huge chunks of landscape at a time. There’s a level of physics at work as well, so that blasting away at a tower’s supports will bring the whole tower down, and treetops are no safe place to camp and snipe when a zombie can take out the trunk with a single claw. The end-result is a game where you could play tactical and clever, but which inevitably transforms into something unpredictable, hilarious and downright silly.

We won’t bore you with too many stories. There was that bit in a Team Deathmatch game on the London map where the blue team were camped out on top of the houses of Parliament, carefully fortifying, only for the green team to reduce it to rubble. There was that bit where we led a wave of zombies through the mountain underneath the castle and burst through the fortifications on the roof. There was that bit where a cocky rocketeer was jetpacking from tree to tree in the forest, keeping one step ahead of the zombie hordes while your correspondent and his fellow brain-munchers swiped down tree after tree after tree. We’re not sure we’ve enjoyed any online shooter as much as Ace of Spades in Zombie mode all year. 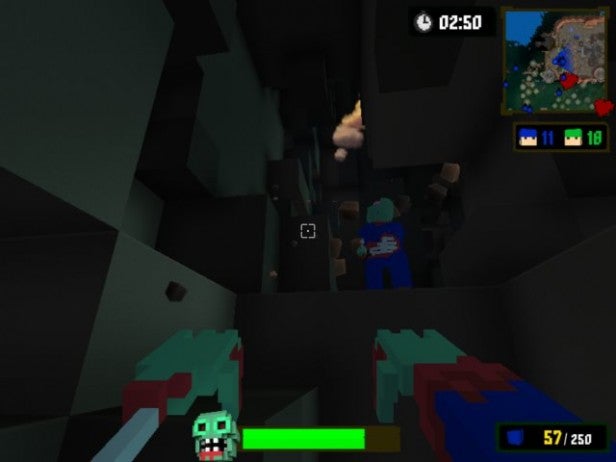 Construction has a part to play as well. Each class can create certain blocks and place them in and on the landscape to create barriers, walls, steps and whole defensive outposts. We’ve seen snipers camping out on home-made towers and miners desperately shoring up defences against the zombie hordes. We’ve even seen miners creating staircases up the sides of fortresses to give the rest of the team an easy way in. Ace of Spades gives you all the tools you need to play smart or sneaky, and it all just adds to the fun. 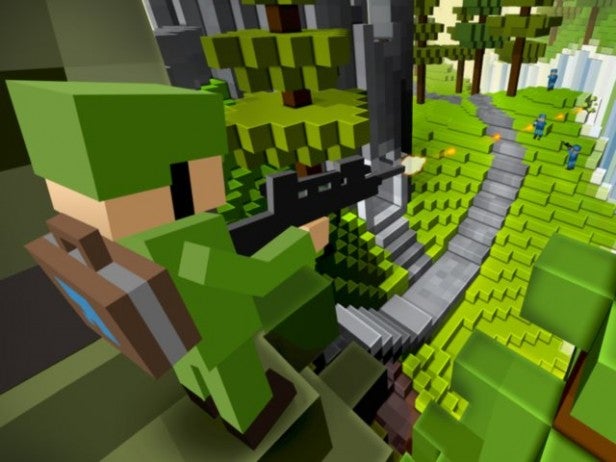 Ace of Spades – Pay to Play

There’s a certain negativity online about Ace of Spades. It began as a free experimental game with a slightly different focus, was bought by the rich Runescape publisher, Jagex, and is now being flogged on steam for £6.99. Not everyone likes the added classes or the other changes, and hardly anyone likes being charged to play. Even taken just on its own merits it’s not perfect. From time to time we’ve wondered whether the Rocketeer is overpowered, and whether ammo restrictions and reload times penalise the Commando and Sniper classes. Some maps are better than others, and it can be hard to find an active game with a low ping, while dropped connections aren’t unusual. 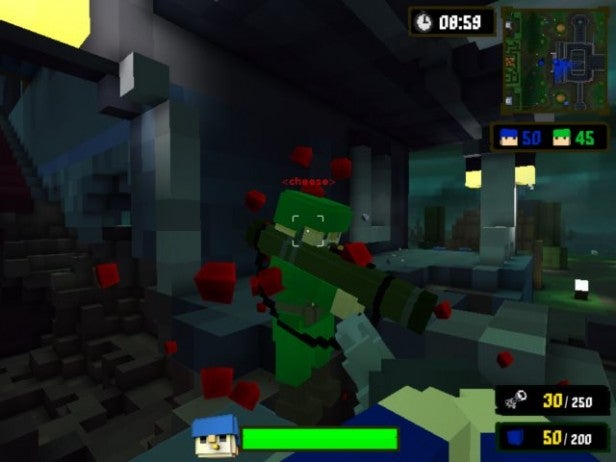 But here’s the thing: whatever Ace of Spades used to be, it’s a lot of fun now and £6.99 isn’t too high a price to pay to play it. It’s doubtful that it will have the longevity of either Team Fortress 2 or Minecraft, and its popularity could fizzle out within a few weeks. But while it’s here it’s worth buying, playing and celebrating.  It’s a game we can come to frowning and come away from smiling. What more could you want for £7?

Ace of Spades looks and feels like Team Fortress 2 meets Minecraft, but that doesn’t really do justice to this stupidly brilliant, brilliantly stupid online FPS. The combination of shooting and sniping with destruction and construction is inspired, paving the way for all kinds of silly scenery-blasting, surprise-attack high-jinx. At £6.99 Ace of Spades deserves to be a hit.