As far as cheeky updates are concerned, Bandai Namco’s re-release of Ace Combat: Assault Horizon Legacy – a title which originally took to the skies in 2011, the year the 3DS launched – takes the biscuit. Pushed to market in order to take advantage of the hardware refresh that is the New Nintendo 3DS and New Nintendo 3DS XL, Ace Combat: Assault Horizon Legacy+ boasts a superficial improvement over its original release – including support for the New 3DS’ C-Stick and amiibo connectivity – but remains a surprisingly compelling – if short – action title that does a commendable job of taking the Ace Combat series and shrinking it down for the small screen.

The basic storyline will be familiar to anyone who considers themselves a seasoned fan of the franchise, which started its life in arcades during the mid-’90s before transitioning to home consoles like the Sony PlayStation and Xbox 360. It takes place in a war-torn fictional country and sees you thrust into the role of a rookie pilot fighting to liberate the land from the clutches of nefarious rebel forces. The action takes place across a series of missions which are short enough for portable play but contain enough action and variety to maintain your interest. Typical of the franchise, Ace Combat: Assault Horizon Legacy+ refreshingly doesn’t paint its cast in black and white – the lead characters are imbued with backstories, which show that even the bad guys have morals and valid reasons for hopping into the cockpit. 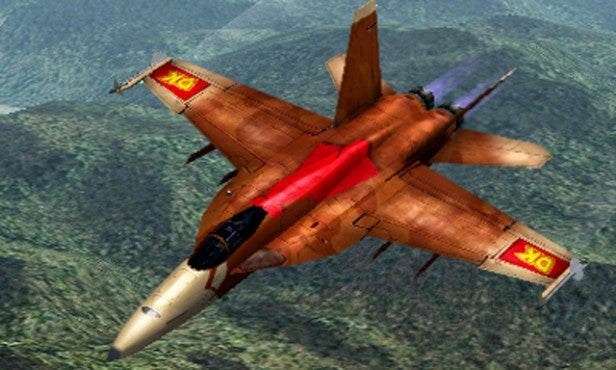 Some missions are simple dog-fight affairs where you face off against rival pilots, while others see you taking out ground targets such as SAMs, tanks and rebel-held buildings. There are escort missions to spice things up a little, too. There’s nothing here that hasn’t been seen in previous Ace Combat titles, but Bandai Namco – along with developer Access Games – has done a excellent job of replicating the experience on a handheld format.

There are three difficulty levels to choose from in the campaign mode, with a fourth being unlocked once you finish the game. That won’t take long – just over four hours – but there is the incentive to replay the game on a tougher setting. There are also special challenge missions which give unique objectives and are perfect for short-burst play. You can make the game more challenging by switching off certain aids, such as special moves mapped to the Y button. These not only make avoiding incoming missiles easy, but also allow you to perform totally unrealistic turns and spins that put you directly behind an enemy at the press of a button, making dog-fights a little one-sided.

Seasoned players will also want to revert to “classic” controls, which replicate those seen on the home console version, as the default controls have been simplified dramatically – presumably to cater for a younger, more casual audience. 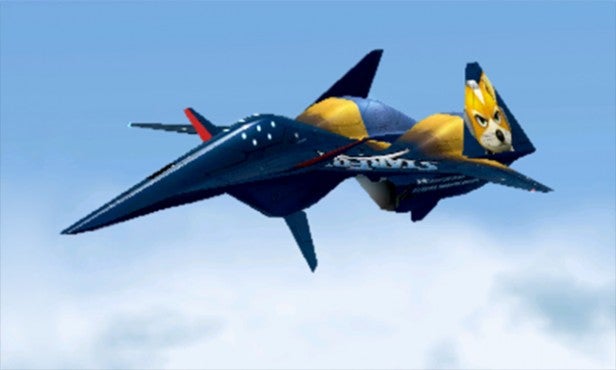 This new version of the game has been retrofitted with some new features that take advantage of the New Nintendo 3DS’ unique feature set. The analogue C-Stick can be used to look around your plane and track enemy fighters – something that initially proves useful but is tricky to exploit fully when you’re in the middle of a tense dog-fight. The second big addition is support for Nintendo’s NFC-enabled amiibo figures, but again the execution is pretty weak – certain amiibo figures unlock special planes complete with outlandish paint jobs, but it’s possible to access this content without using the amiibo toys by tracking down and shooting in-game Super Mario “Question” blocks, which defeats the object somewhat.

Ace Combat: Assault Horizon Legacy+ benefits most from the New 3DS’ improved auto-stereoscopic 3D screen, which uses head-tracking to maintain the 3D effect more effectively. In the 2011 release of the game, the original 3DS’ shaky 3D screen would often “break” when the player shifted position – something which would happen a lot when twisting and turning the console during the many gripping one-on-one battles. On the new revision of the machine, it’s possible to shift around as much as you like without losing the impression of 3D depth – and with its massive locations and thrilling sky battles, this is certainly a game which makes the most of this feature. 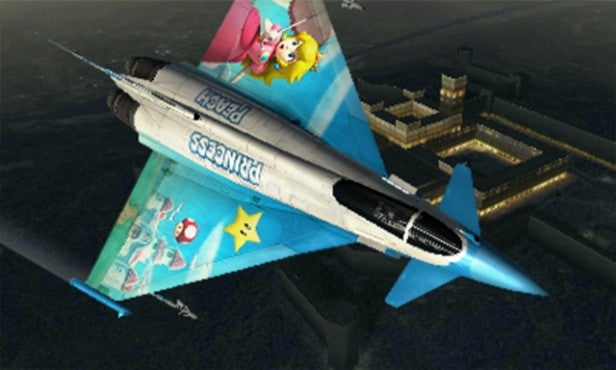 While Ace Combat: Assault Horizon Legacy+ is remarkable in that it’s still an eminently playable title despite its advanced age, the amount of new content is marginal at best. If you’re not interested in amiibo then there’s very little reason to invest in this over the original version – which can be picked up on the second hand market very cheaply. The C-Stick isn’t all that essential when playing, and the improved 3D is all down to the New Nintendo 3DS hardware rather than the game itself. Bandai Namco could and should have added in a lot more content to justify the fact that this is a full-price retail release.

Verdict
Ace Combat: Assault Horizon Legacy+ is a tricky release to score, because it’s certainly not a bad game – it’s just a rather lazy upgrade on a title which came out four years ago. Newcomers who are fans of this type of game are should give it a look, however.