Ace Combat 7 is, sadly, a decent game that never quite hits the same highs as the planes contained within.

Ace Combat 7 is – in short – Top Gun by way of Neon Genesis Evangelion, offering a unique opportunity to mix flying fighter jets with wondering about the meaning of human consciousness.

This is Ace Combat’s wheelhouse, in a way. Aerial combat games have always split into two different camps: the arcade shooting shenanigans of titles like H.A.W.X and Afterburner or the realistic “I just crashed because I didn’t realise I’d forgotten to put my landing gear down before landing” seriousness of titles like IL-2 Sturmovik or Falcon 4.0.

Ace Combat is definitely part of the first group, and despite having an arcade and simulation control set, it’s never particularly difficult to do what you want to do with whichever plane you take to the skies in. This is useful, because unlike the faux military stylings of many aerial combat games, Ace Combat will throw just about anything at you if it thinks it might be fun: battles against swarms of fighters are punctuated with bombing radar towers, escaping collapsing skyscrapers or trying to take down particularly tricky enemy aces who corkscrew around the air with ease. 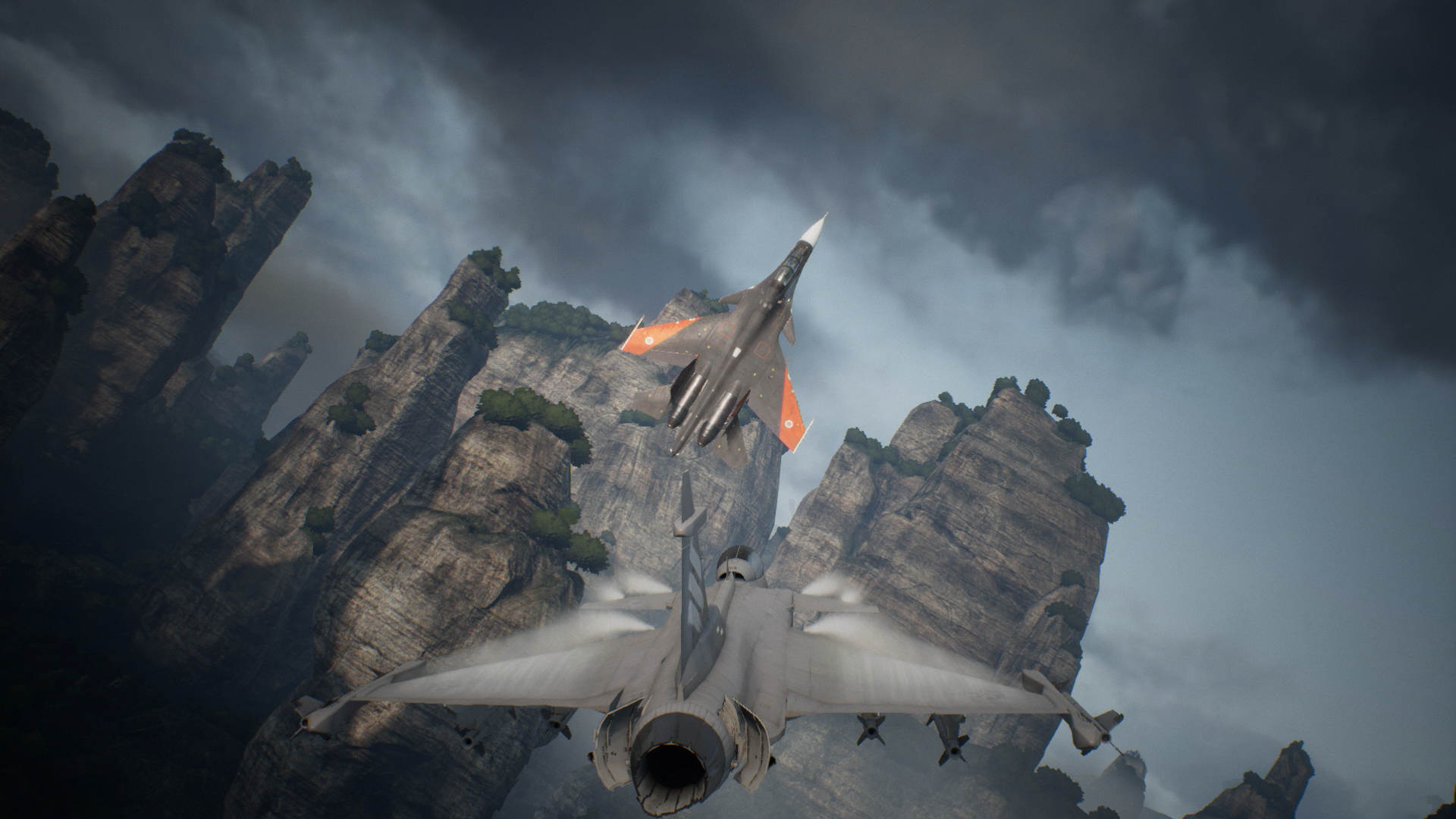 Not all of these experiments work. Ace Combat’s challenge comes from trying to take into account your speed and direction and your enemies, lining up your spins and turns so that you come in at the perfect angle to get a missile lock or the burst of gunfire that can take down an errant plane that is also tearing around. Dropping bombs or taking out slower targets pales in comparison slightly, and despite the fact you’re joyriding a multimillion dollar jet plane at several hundred miles an hour, it can feel a little stale.

The storyline underpinning everything is completely bonkers, vague filler which serves mostly to get you pinwheeling through in flight overalls. Cutscenes, mission briefings and the chatter of your AI teammates in the air is filled with military jargon, political commentary and a weird hatred for drone jets which, after all, would render the pilots at the core of Ace Combat obsolete.

The story is hard to follow, especially if – like me – you’re mostly here for the plane-based action instead of Ace Combat’s history. Likewise, the political messaging is a little all over the place and this connective tissue is often frustrating and unnecessary.

But you’ll have to pay attention because the game is surprising light on tutorials, and often infers its objectives a little too softly for my liking. Sure, you have to protect a pilot but the game doesn’t specify which. A weird failure condition might not be spelt out enough, allowing you to snatch a failure from the jaws of success. These moments are rare, but the several times it happened I had to put down the controller and get away for a bit, such is the intensity of the combat and the annoyance at having to restart a tricky segment again, through no fault of your own.

Well, maybe some fault of my own, as I’ll admit that sometimes my attention span slipped. 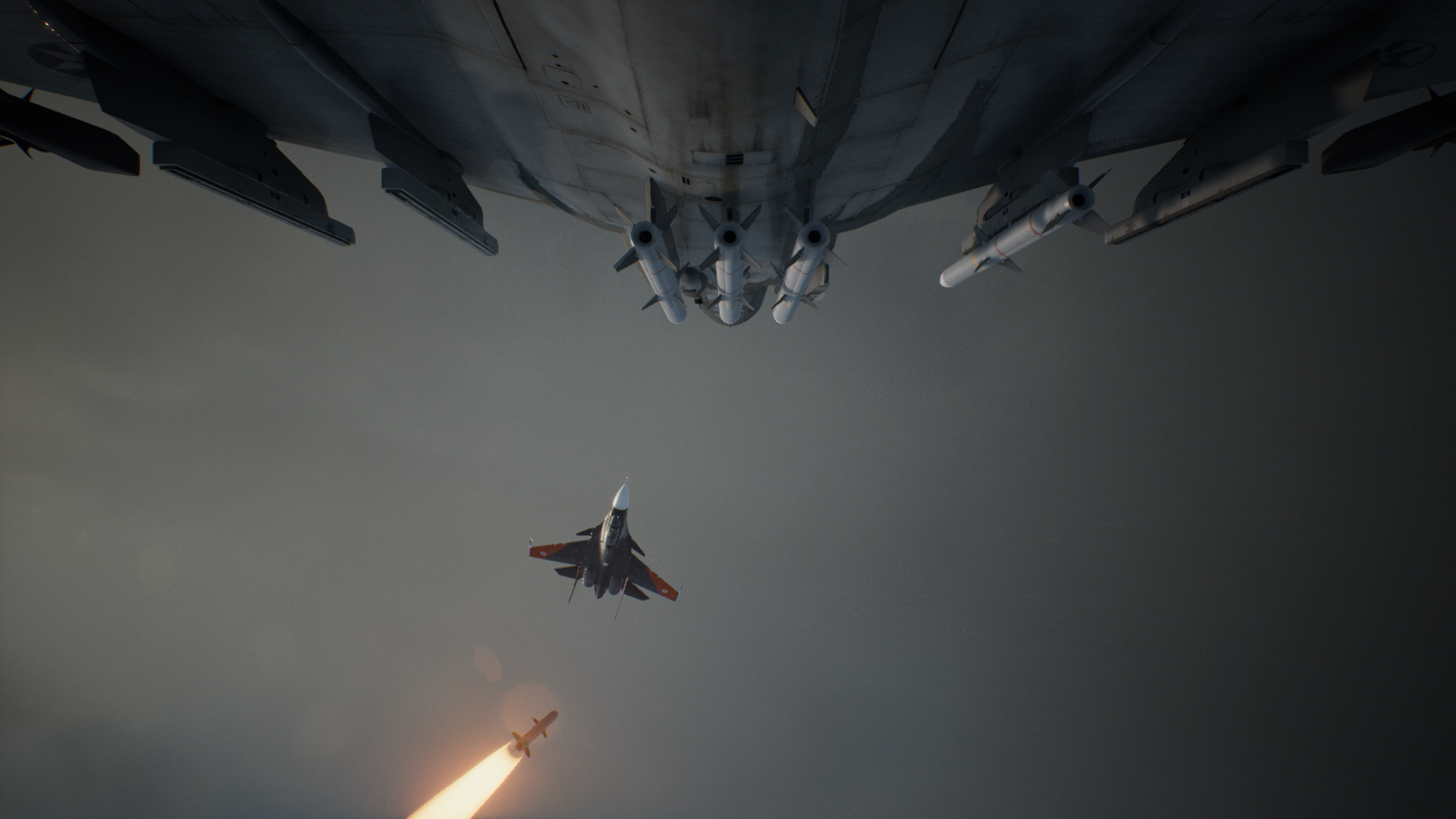 Get past this, and it’s an enjoyable game. After the slow procession of the opening few levels, you’re dropping into vast maps and asked to handle a multitude of tasks at once, while your feckless AI buddies float around and yap incessantly. The game feels like it was made for a co-op mode that never arrived, leaving it all in the hands of your pilot to deal with.

You can have multiplayer fun, but these are all PvP dogfights, instead of letting you control the skies with your friends. Also, because of how easy it is to dodge away from missile locks and hostile fighters, most multiplayer sessions become endurance tests as you spiral away from and around each other for five minutes at a time, in the hope of scoring a hit with a missile or a burst from a cannon.

Available in both four-on-four team deathmatch and eight player free for all flavours, the multiplayer can be enjoyable when it’s moving at speed, however, when it goes the other way you will spend an entire match chasing an elusive target or desperately trying to get into the action as it barrels away from you. 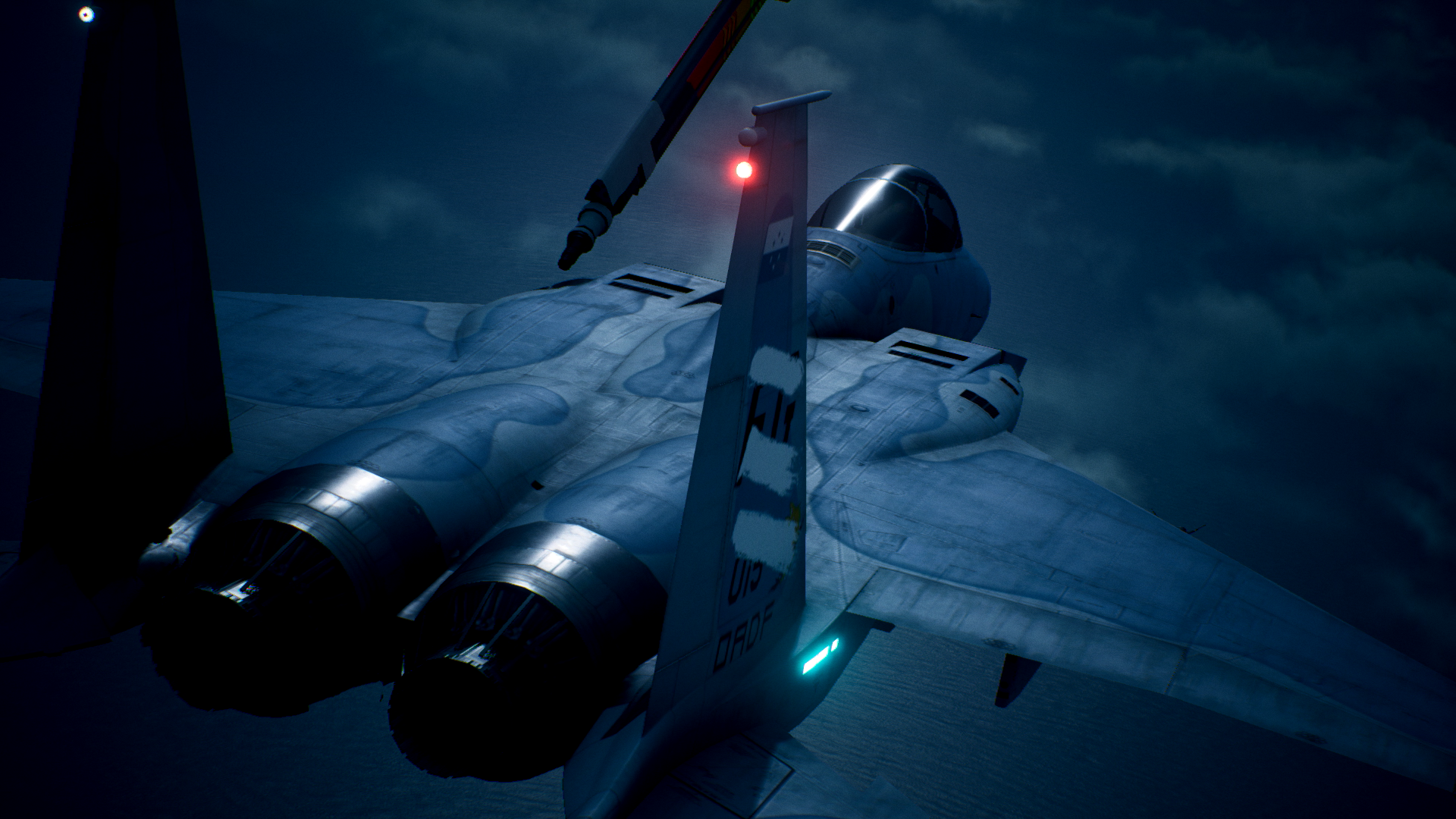 Both multiplayer and the game’s story mode share a progression system, the Aircraft Tree, which allows you to use your in-game score to purchase different aircraft to take to the skies. These come in three different classes, offering up air-to-air fighters, air-to-ground fighters and the flexible multi-role planes, but as you’re so rarely engaging ground targets it was rare that I ever climbed into the cockpit of anything that wasn’t air to air.

Despite the fun of playing with different special weapons, the actual planes themselves didn’t feel very different, robbing the progression system of some of its novelty, as every plane I flew felt similar, often just a tiny bit faster or a tiny bit more manoeuvrable than the one before it, with a cut in the stats somewhere else to keep things balanced.

Ace Combat 7 is, sadly, a decent game that never quite hits the same highs as the planes contained within. It rapidly becomes too samey, and the games mechanics aren’t really signposted enough, with you being catapulted into action with barely a mention of flight school.

If you dig planes, you’ll get a kick out of this, but there’s not enough here to recommend it to those who don’t feel the need, the need for speed. Elsewhere, wannabe pilots might find the controls aren’t quite demanding enough, with the game straddling an awkward line between arcade and sim that it never quite works out.