Absolver has always had a bit of an image problem.

Devolver and Sloclap sold Absolver on the promise of a tranquil martial-arts adventure about mastering one’s self and making new friends.

But many became quickly frustrated with the game’s real priorities, as a barebones story mode gave way to a straight-up PvP ladder, with nifty unlocks hidden behind player duels. Absolver, it turns out, was as much a 1-on-1 fighting game as any of your Street Fighters – albeit one with an increasingly complex open-world training mode.

That world, full of quiet wonder and spontaneous gatherings still existed. But if you didn’t want to bash your head against an increasingly-skilled competitive player base, then Absolver had little to offer.

What people wanted was a proper co-operative mode. What Downfall does — in a rather stripped down way — was give the playerbase what they asked for. 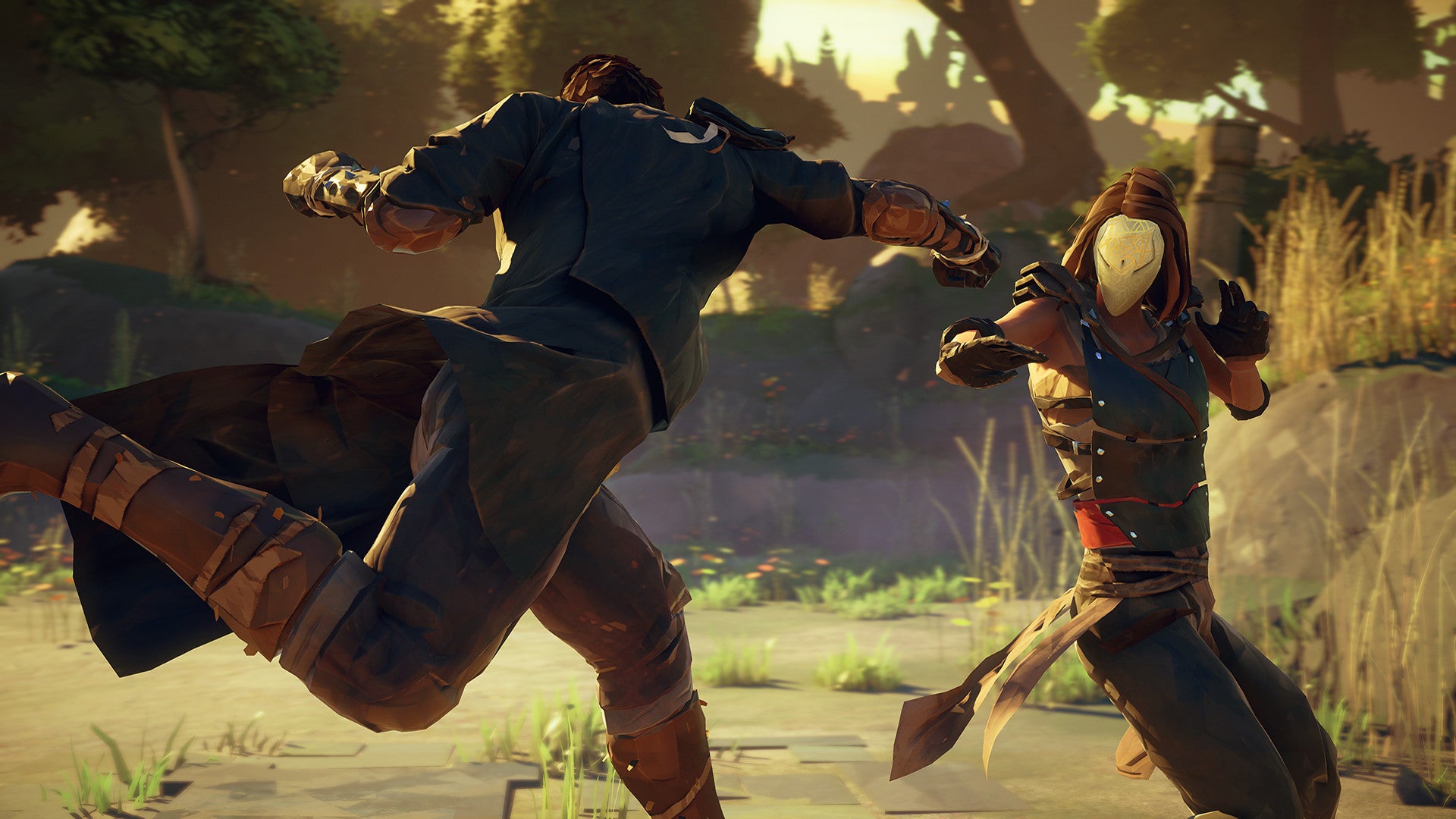 Over the last year, there have been many small changes to Slocap’s flagship fighter. But other than a three-versus-three multiplayer mode that landed dead on arrival, these have been relatively minor – a balance patch here, a clothing crafting system there.

Absolver’s first free major expansion brings a meaningful alternative for fans who loved the world and combat, but wanted more than just an extensive training mode for player duels. Headlining the free expansion is the titular  Downfall, a procedurally-generated set of dungeons to battle through with pals.

Downfall, the mode, lets players delve below the ruins of Adal, alone or with up to two of their friends. An otherworldly threat is rising in the dark places of the earth – and like all problems, a swift kick to the face should be enough to sort it out.

The story of Absolver back at launch could be summed up with “I learned to punch until I could punch the best”, so having a little more context with stakes clearly set up is a bit of a treat. It’s still vague, it’s still cryptic, but it’s placed front and centre to give the whole affair a little bit more life. 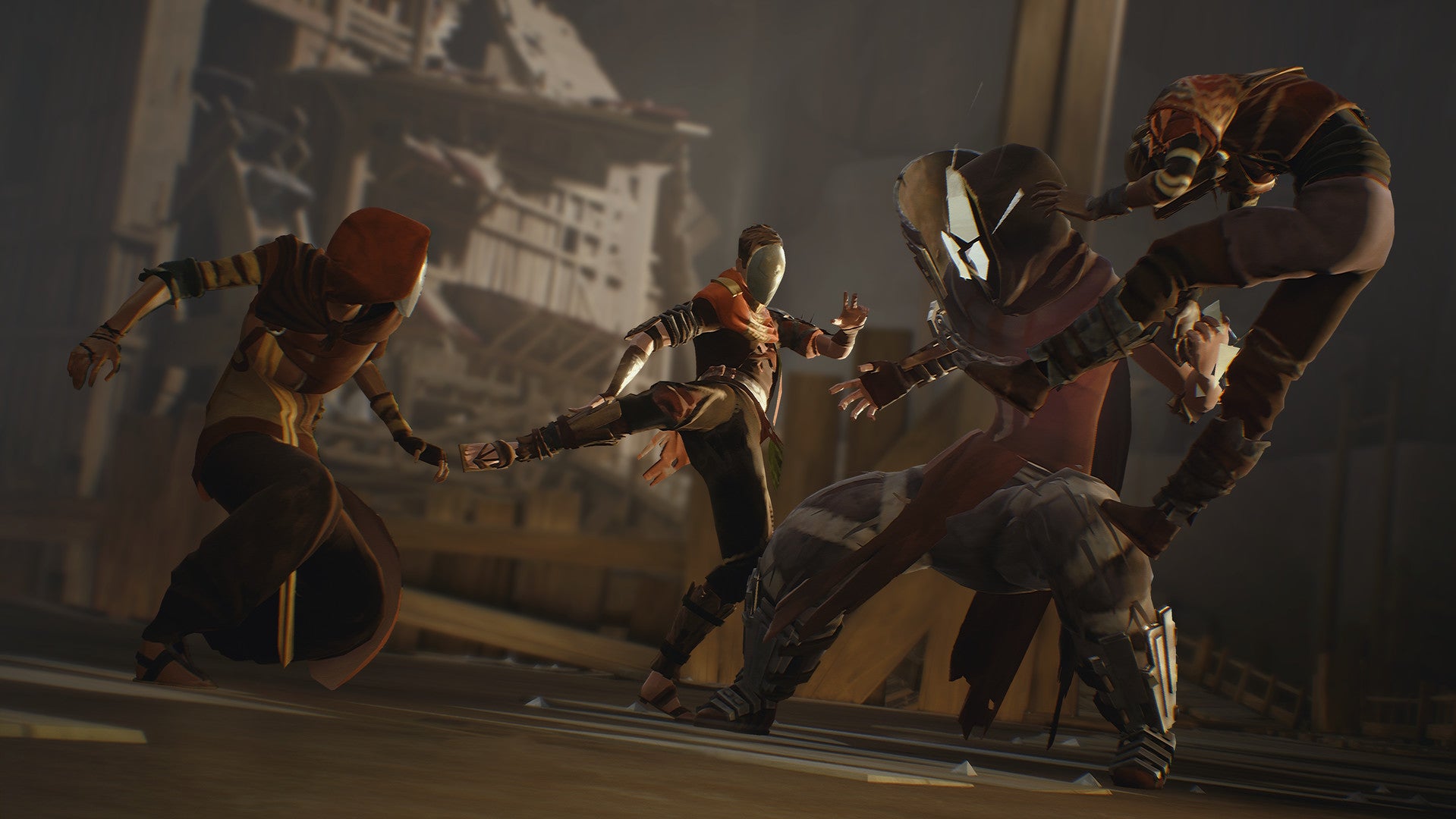 Procedural dungeons mean rooms, objectives and enemy placements are randomised just enough to keep things from feeling too stale. Binding of Isaac this ain’t, though, and the pattern makes itself clear quite quickly. What Downfall brings the game, however, is a sorely needed reason to get punchy.

The deeply technical combat of Absolver has always been at the game’s core, and Downfall gives you a constant stream of new challenges to test your latest decks against. Tension grows as you work out which fights to pick while keeping your health high.Objectives are limited from statue defence to wave attack, but do a fair enough job at keeping you on your feet with your back against the wall.

Multiplayer mixes things up further, letting you team up to take on large crowds, bounce tough foes between each other, or split up to defend a wider perimeter. Frustratingly, it’s still all too easy to end up crossing wires and slapping each other in the face – a lesson I learned the hard way as a heavy roundhouse kick connected not with a deadly boss, but with the back of my weary teammate’s head.

There are three stages to Downfall, unlocked as you collect Gleam – a new resource and levelling ladder that’s mostly used to unlock new fashion items. The new environments start a little weak with a rather dark and musty mineshaft, but they become exponentially more exciting as you continue spelunking. Some of the later rooms become delightfully weird.

Each stage ends with a boss fight. You can technically skip the first two through levelling past them, thanks to the way content is unlocked. But you’d be missing out on a real joy to do so.

Absolver has always had boss fights. But in the game at launch, they were more akin to much tougher versions of NPCs out in the wild, with a gimmick or two. In Downfall, bosses are more like something you’d find in a more traditional action game – patterns to learn, tricks and traps to avoid. They’re still pushing your knowledge of Absolver’s core ruleset to the limit, but they feel an experience wholly removed from simply AI or player duels. 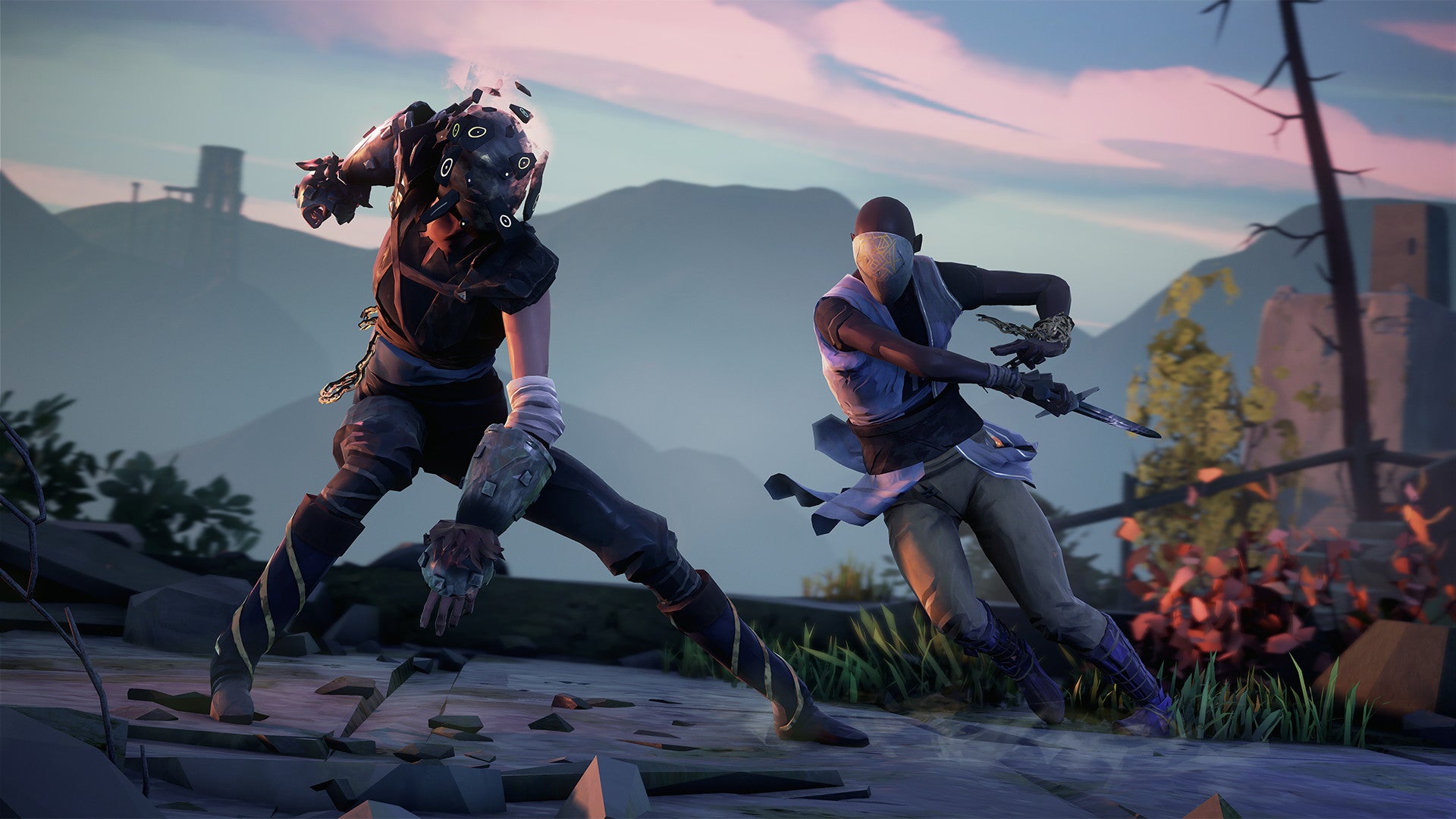 These fights summed up why, despite its relatively shallow nature, I keep coming back to Downfall. It’s the die-learn-repeat cycle of a Dark Souls boss applied to the addictive, rhythmic combat sensibilities of Absolver.

At the end of the day, this is still a fighting game at heart. Sloclap created a world that hinted at something more – and over the last twelve months, they’ve been slowly finding ways to cater to more than just the die-hard elite.

But as a fighting game, Downfall doesn’t leave those players behind. Inspired by Bruce Lee’s Jeet Kune Do, the new Faejin style is a complex mix of inputs and stances that – while I couldn’t even begin to make jabs at trying – made for some exciting, unpredictable encounters to fight against.

School challenges add a nice bit of depth to Absolver’s take on guilds. Seasonal challenges encourage fighters to don their uniform moves and mask for seasonal rewards every three weeks. Competitive games live or die based on how often the core competitive audience keeps coming back, so framing standard fights within a routine like this is a welcome addition.

Downfall’s PvE content feels like a brief taste of what Absolver could have been – maybe should have been – if it had been developed as a co-op game first. There’s more I’d like to see first, and I’d hope Sloclap can expand on what they’ve built here.

As it stands, I can see myself getting tired of this dungeon-romp. Once I beat the pulp out of that glowing lad at the end of the tunnel, there’s little more to accomplish. But I feel like the challenge of trying to beat Downfall at all has been an engaging use of my time, and for a free update that is a good enough reason to revisit the whole thing.

Downfall probably isn’t enough to bring back players who didn’t take to Absolver’s focus on player-versus-player sparring. There’s simply not enough of an alternative here for players who wanted Absolver to capitalise on its PvE potential.

But it’s a substantial addition for players who have stuck with Absolver or are looking for an excuse to fit in a few more sessions in between bouts. It’s not deep, it’s not long, and it probably doesn’t have legs. But Downfall’s been a great excuse to get back into Sloclap’s dojo.