There are few better moments in gaming than a title coming along and feeling utterly unique and I would most certainly put Absolver in such a category. A fighter that decides it’s going to make up its own rules as opposed to copy what others are doing, it’s a rare gem that will probably delight as many people as it confuses.

Relying almost entirely on its fighting system, Absolver obsesses over the mechanic almost to a fault. Coming together thanks to well-timed button presses in order to chain moves while also dodging incoming attacks, it’s all about rhythm and finding a certain beat to your inputs. There’s a kicker, as ever, since you also have to worry about a stamina bar, but I can say with the utmost confidence that most people will find this approach exceptionally satisfying and challenging. It just works.

It’s certainly not easy, however, and developer Sloclap has introduced even more depth with an extra layer that you can, literally, play around with for hours. Along with four basic fighting styles there are another four stances on top of that, and each combo will more often than not see you finish in a different stance to how you begun. 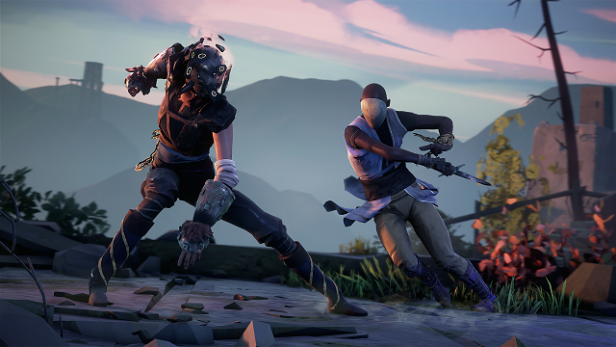 If that sounds nuts it’s because it is, but the idea is for you to lose yourself in the menus as you decide which moves you want to connect in order to find a combination that flows best. There are so many options it’d take me the rest of the day to go through them all, and experimenting with what works and what doesn’t is half the fun. While you can’t customise your character aesthetically – everyone in the world runs around wearing a mask and is either male or female – there’s a ton of personality to be found thanks to the sheer amount of thought that’s been put into brawling. Better still, there’s no real right or wrong.

You continue to learn more manoeuvres as you progress as well, and much like in a collectible card game, you’re then asked to dabble with your deck to decide what to add and what to discard. There will be moments where you find yourself tweaking the slightest aspect to see how it improves your overall prowess, and then, of course, is the fact you have to master the mechanic itself. If you’re looking for a button-masher then you need to look elsewhere. 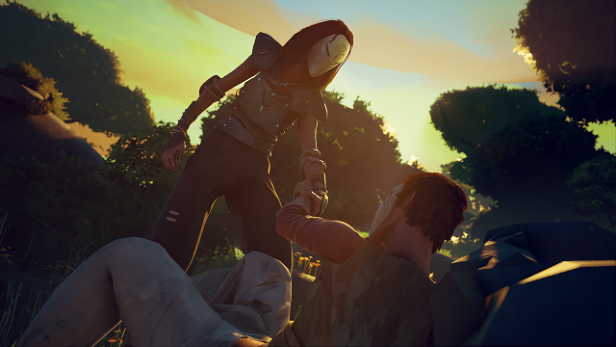 Setting all this up to your preferred standards is important, too, because you’re going to be punching and striking a lot as you make your way through Absolver’s world. Everything has been stripped back to a certain degree to ensure you’re utterly consumed with how you fare in an altercation, and the threats put in front of you vary wildly.

For starters there’s the usual AI challenge that ranges in difficulty – and some really are capable of kicking your ass – but it’s the real people you meet that makes things special. At any point you can run into another player and what happens next is anyone’s guess. You can emote towards them and hope they join you on your quest, or they’ll just smack you on the nose. That’s not good. That’s not bad. It just depends on what that person’s overall goal is.

This means impromptu fights can take place constantly, and given there’s no real punishment for losing you never feel hard done by. It’s just another risk you have to be wary of.

With that said, it is both a blessing and a curse. Trying to get through Absolver on your lonesome is a slog, and if you can’t find a teammate proceedings tend to get tiresome quickly. The core principle relies on you levelling up and if you’re struggling to do that because you keep being killed frustration will set in. That’s even worse when you think you’ve found a buddy whereas they see you as fresh meat. 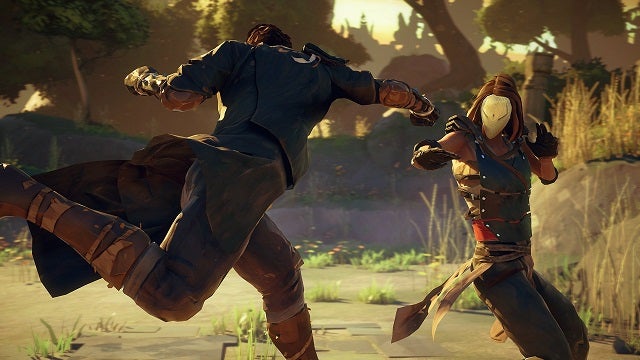 The environment you find yourself in can also be drab. As the main focus is your fighting style and learning how to win, there isn’t a lot of fun to be taken from the word itself and on occasion it wears you down – you’re trapped in a faceless place with a dry atmosphere and you’re very aware that most people within it just want to smack you in the jaw.

It’s also too easy to make a new enemy by mistake when you do team up with a partner because events can go awry in seconds. Sure, you didn’t mean to strike them, but if they take it badly you soon find yourself on the wrong end of another drubbing. You need the patience of a saint.

None of this stops Absolver from being one of the most original games of 2017, however, and one that many will absolutely love. If you can forgive its foibles and embrace how focused it is, you’ll come out the other side hoping a lot of other games follow suit – there are few other titles that can rival this in terms of combat depth. 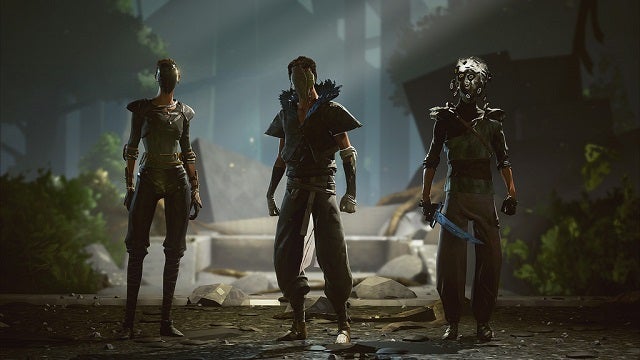 Should you be looking for a more complete experience, though, this may leave just a little to be desired.

Absolver’s fighting mechanic is one of the best to come along in years. While the rest of the game can be a little too hit and miss for its own good, this is still a wonderful achievement.