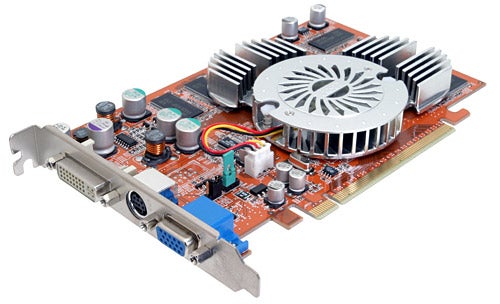 First of all, this is not Abit’s most basic Radeon X300SE based card, so you get a board with DVI and D-SUB connectors as well as S-Video output. Abit has also fitted a fancy GPU cooler that has been adorned with blue LEDs, but there are no memory heatsinks. The fan on the GPU cooler can also be adjusted automatically depending on how hot the GPU runs with the help of Abit’s Vguru software.


The Vguru software also allows you to overclock the GPU and the memory, as well as tweak the voltage of both the GPU and the memory. Other handy features includes fan speed and GPU temperature readouts and Abit’s black box software which will send a diagnostics report to Abit’s engineers in case you’re experiencing problems with your graphics card.


The GPU cooler can be set to run at three different speeds depending on the temperature – you have the option to manually adjusted the fan speed in the Vguru software or you can simply leave it in automatic mode. 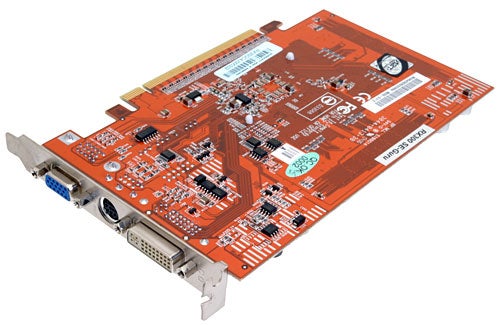 If you’re new to overclocking your graphics card, Abit has come up with a simple way to get you started, with the help of a green jumper. Move this from pin 1-2 to pin 2-3 and a green LED on the graphics card magically turns red to let you know what you’ve done.


Now the card is running in Turbo mode which clocks it up from a default speed of 325MHz core and 200MHz DDR for the memory (effectively 400MHz) to a fairly impressive overclock of 405MHz core and 256MHz memory (effectively 512MHz). The memory can however be pushed further, but with 4ns memory you’re still limited with regards to how far it will overclock. Interestingly though, most Radeon X300 SE cards have a 64bit memory interface, but Abit has fitted a 128bit memory bus, which should make this a fair bit faster than its competitors. 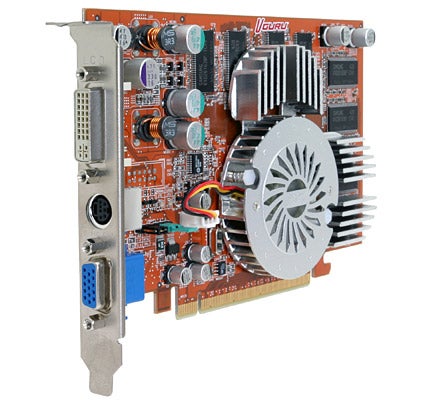 Before you ask, the second jumper selects between PAL and NTSC TV output, so this is something you’ll only have to set once. There are no ViVo capabilities on the RX300 SE-Guru which is a shame, but Abit does provide an S-Video cable, an S-Video to composite adapter and a composite video cable.

Sadly though, the RX300 SE-Guru didn’t really perform too well in the 3D tests, regardless of whether it was in standard mode or turbo mode. You’ll be able to play games like Unreal Tournament 2004 quite happily as even in default mode the card managed over 56fps but I didn’t managed to get playable frame rates in any of the other games I tested the card with, which was quite a disappointment.


A lot of this is probably down to the slow memory speed and the fact that the Radeon X300 SE GPU only has four pixel pipelines – most cards these days have eight, 12 or even 16 pixel pipes. It did however complete 3DMark05, which is better than you would expect from an entry level graphics card and as long as you’re happy to play your games at a resolution of 1,024 x 768 or lower, this RX300 SE-Guru will be “ok” for modern games. 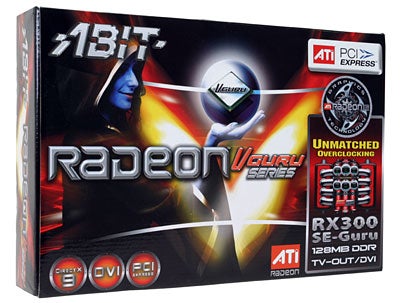 If you’re just looking for a cheap PCI Express graphics card for Windows usage, there are still cheaper alternatives around as the RX300 SE-Guru will set you back £59.98 which isn’t exactly the bottom end of the price spectrum.


The RX300 SE-Guru has some interesting features and if Abit carries these features through to its more upmarket graphics cards I think we’ll be seeing some very interesting products this coming year. Ultimately though, the RX300 SE-Guru is an unimpressive graphics solution – you won’t be getting the best out of any of the latest 3D games so you might as well save some money and go for something cheaper, or dig a little deeper and buy a more powerful card.