If nothing else, 9mm is a good indicator of where smartphone and tablet gaming has got to – and where it’s going. Gameloft’s iPhone/iPad action game is an ambitious title, with impressive graphics and features like fully voiced cut-scenes and a proper hip-hop soundtrack that we would only have expected to see in a console release a few years ago. It even packs in online and WiFi multiplayer deathmatch, all of which makes the £4.99 price tag seem more than reasonable.

Of course, it’s not difficult to see 9mm’s influences. The look and feel is pure GTA: San Andreas and Saint’s Row; all tattooed gangstas and urban grime. The gameplay is almost 100% Remedy’s Max Payne. Each level is a procession of arenas, through which your renegade cop bursts through in a hail of bullets. You move him with a virtual thumbstick on the left of the screen and change your view by swiping with a finger across the surface. You can fire and tweak your aim using a second virtual button on the right. 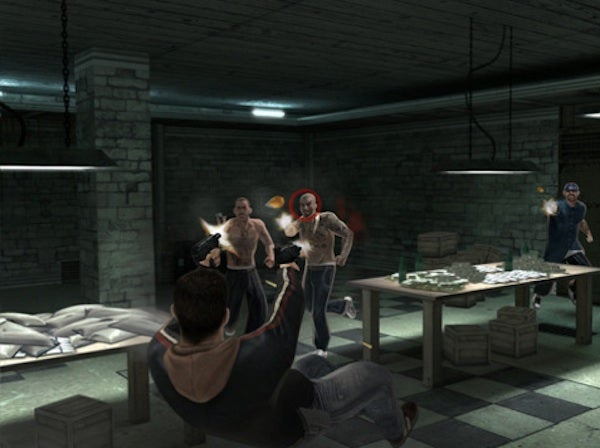 The Max Payne bit comes in with the slow-motion feature. Click the timer button and you freeze time to a crawl for a few seconds, giving you the space to line-up multiple shots and take down multiple crims before they can draw a bead on you. What’s more, by swiping across the timer button you can trigger a dive or roll in that direction, evading incoming fire while dispensing justice in the form of red-hot lead. Saying that it’s like a John Woo movie on your iPad is stretching things, but when 9mm works it’s very cool indeed. 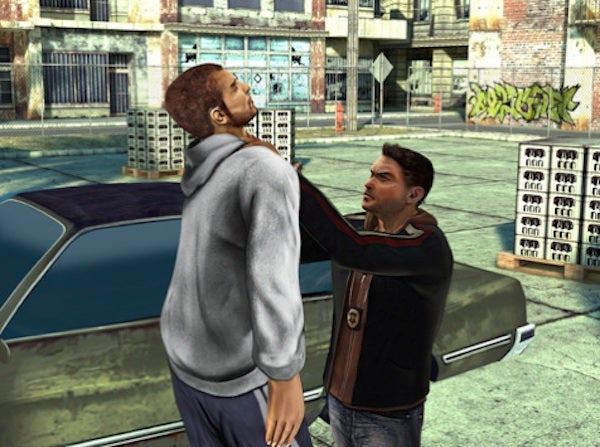 In fact, it’s all very satisfying. Enemies come thick and fast, the weapons are varied and meaty, and the dumb enemy AI and slow-mo feature help compensate for the lack of precision in the touchscreen controls. When you’re cornered, sweeping desperately at the screen to see who’s blasting at you, 9mm can be frustrating, but when you get into the game’s basic flow, it’s close to brilliant. It’s hard not to love a game where you can execute three villains in a single, slow-motion dive, then watch as the camera zooms-in on a jammy headshot.

It’s even more appealing when the graphics are so good, especially if you?re lucky enough to have an iPad 2. Comparisons to Xbox 360 games are a bit OTT, but with some great lighting and some nicely detailed textures 9mm could definitely pass as a middling PlayStation 2 game, and the key characters and environments bear that up.

However, it?s not all good news. For one thing, 9mm isn?t content just to do good gunplay – it wants a little interactive movie action, meaning ropey quick-time events. These vary from interrogations to fist-fights to races through exploding hallways, but they?re all dependent on quickly tapping a button or swiping a specific area of the screen. These bits don?t add much to the tale, but the game insists on accurate swiping. You can easily fluff the sequence even through it looks like you followed instructions. The controls are an issue throughout the game, but most of the time you grin and bear it. Here, you can?t. 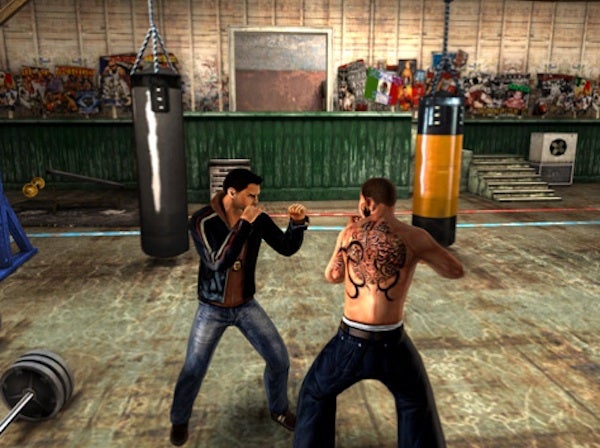 Plus, while it?s good to have proper dialogue and cut-scenes, it?s not so great when the story is a laughable mess of hard-bitten cop and gangsta cliches, where our hero – actually called John ?Loose? Kannon – can?t even go for a bite without stopping a hold-up and fighting off a horde of would-be killers, and where the investigation inevitably leads to a strip club run by a ludicrously camp psychotic pimp. The dialogue is priceless for all the wrong reasons, peppered liberally with F-words and including lines like ?It?s raining bacon, melon-farmers? (to use our safe-for-family translation). Hopefully, it?s all tongue in cheek, but who knows?

The multiplayer mode is halfway brilliant. There are deathmatch and team deathmatch modes, it?s easy to find a game, and with 12 players on the go there?s no shortage of fast-paced blasting action. However, the control issues rear their ugly head more often and – with no slowmo mode to balance things out – it?s easier to get cheap kills with a shotgun from behind than proper manly kills from the front. 9mm is fun, but if you?re looking for the skill and balance of a Modern Warfare 2 then it still has a long way to go. 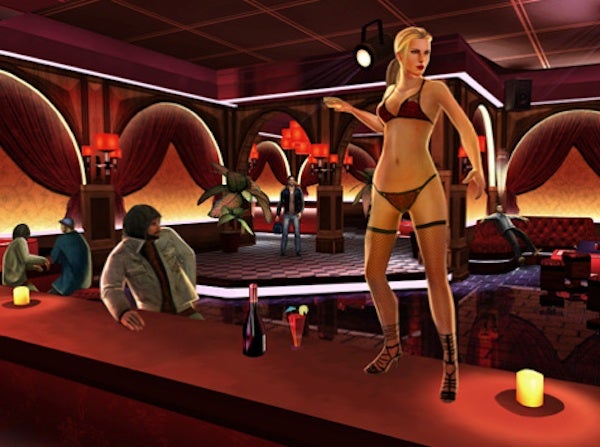 That?s the feeling with 9mm as a whole. In ways it?s a big step forward for smartphone/tablet games, but it suffers from a slight lack of polish and the usual touchscreen control issues that threaten to spoil the fun. While the likes of Infinity Blade and Real Racing HD show that you can work around these, 9mm still has work to do. It?s fun and definitely worth playing, but not the iPhone/iPad action game to end all action games by any means.