The iMac 2015 is available in three iterations, each with differing processors (all Intel), hard drives and GPUs (all AMD). All come with 8GB of RAM as standard, but adding more is simply a matter of lifting off the iMac’s back panel. The iMac can also be
ordered with up to 32GB of storage if required.

Swapping out the processor,
graphics card or hard drive is trickier, requiring the removal of the iMac’s screen. As a result, it’s important to think about your requirements carefully before you buy and opt for a build of the iMac that will serve your needs for the foreseeable future. 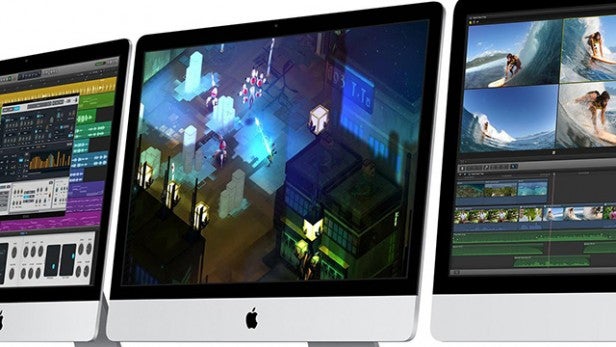 The
lower-end version includes a 3.2GHz quad-core Intel Core i5 Skylake with a
standard 1TB hard drive, alongside a AMD Radeon R9 M380 GPU with 2GB of RAM. The mid-range model ups the GPU to a R9 M390 and a 1TB Fusion Drive, while the top-end iMac, which I’m reviewing here, comes with a 3.3GHz i5,
2TB Fusion Drive and R9 M395 as standard.

To confuse matters, you can upgrade to a 4GHz Intel Core i7, a range of SSD and
Fusion Drives, as well as a 4GB version of Radeon R9 M395X.

Making a decision over whether you’ll need the extra processing power or graphical and compute
performance that comes with the upgraded graphics cards will depend on the tasks for which your iMac will be used.

Graphics cards aren’t just about
gaming; they’re almost complete systems in their own right and can help
any program that supports parallel processing – Photoshop or
video encoding, for example. If you’ll be using such programs, then the faster the
graphics card the better off you’ll be. 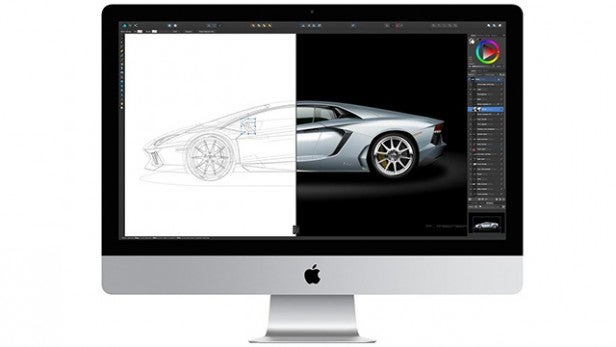 The iMac 2015 with the
higher-end card scores a respectable average of 85fps in the Unigine Heaven benchmark, with settings set to basic and a
resolution of 720p. At high quality and Full HD it’s passable at 26fps,
but don’t expect to crank up the iMac to eleven.

Whacking up the
resolution to Quad HD halves the frames again. Still the iMac is
significantly faster than the standard Intel Iris graphics found on the MacBook Pro 2015, for example. That manages just 17fps for the basic
test.

The brand-new Intel Skylake i5 is blisteringly fast and
scores an excellent 4,034 and 12,823 in the single-core and multi-core
Geekbench 3 tests. This should be ample for most needs, but if your requirements are higher then you can upgrade to the Intel Skylake i7.
Converting a video file with the i7 in place, for example, takes just 56 seconds; with the i5 this time increases to 1min 11secs.

The
most important upgrade, and one I’d heartily recommend, is to the hard
drive. The standard 1TB drive is a 7,200rpm model and performs okay by normal
drive standards. However, it isn’t a patch on the best SSDs
around.

Opting for the 1TB Fusion Drive will bring benefits in the form of apps opening faster, the iMac powering on more quickly and plenty besides. For those who really want to splash out, there’s even
an insanely fast 1TB PCI Express storage option available – but this will be overkill for
the majority of people.

The Fusion Drive uses a combination
of 24GB of fast solid-state memory alongside 1, 2 or 3TB of more traditional,
and cheaper, spinning disk memory – the sort of which has been around
for some time. It’s the 24GB that makes the difference, though: it stores
all your most-used apps and important system files so that they fire up more
quickly.

Although last year’s iMac included 128GB of this solid-state memory, as opposed to the 24GB included here, it was nowhere near as fast. Performance of the new Fusion Drives is stonking, with a write speed of 646MB/sec and a phenomenal read speed of 1,723MB/sec.

What’s
most impressive about the iMac 2015 is that it manages to provide all
this performance in a slim body without succumbing to noisy fans or
extreme heat.

Even when worked super-hard, it doesn’t raise a whisper. A
MacBook Air is hardly noisy, but by comparison it’s like a toddler
playing with cymbals when pushed and the fans kick in.