Hands-on with the 4GEE Action Cam

Like iPad with tablets and Google with online search, GoPro is a word synonymous with the action camera market. There’s now a well-connected challenger to GoPro’s throne, however, and it comes from an unlikely source, EE.

In practise, during early tests I found the 4GEE camera’s headline feature to be less seamless and intuitive than I would not only like; but expect. During my hands-on time with the device, the live stream feature – a feature on which this product’s place in the market is reliant – has proven to be infuriatingly intermittent.

Check out the 4GEE Action Cam in, well, action in our hands-on video:

In ideal demo conditions, the process – which works with, and only with, the Skeegle streaming platform – was faultless. In a real-world test, however, things didn’t go quite to plan. Streams repeatedly froze and cut out, hardly ideal for those must-share moments.

When the streams work, there’s about a 15- to 20-second delay. While this isn’t a problem, the consistent latency issues, and stripped-back resolution are. The 720p-restricted footage felt stilted and blocky. The streams might offer more instant viewing, but it’s a far less enjoyable experience.

However, given that this is a single test, some further, more varied testing is required before this headline feature could be completely written off. 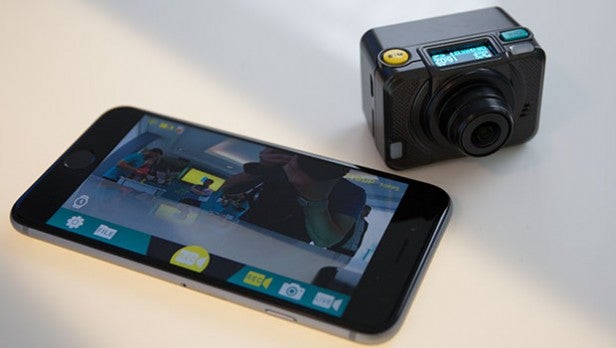 EE promises 3 hours of battery life while streaming. Although this doesn’t sound like much, given you’re unlikely to have the biggest audience – or an unlimited data allowance – this should be more than adequate for most uses.

In areas where 4G isn’t yet available, the camera will drop to 3G to stream. Worse signal than that and you’re out of luck. The world will just have to wait until you’ve uploaded your clips to YouTube before it can congratulate you on your awesomeness. 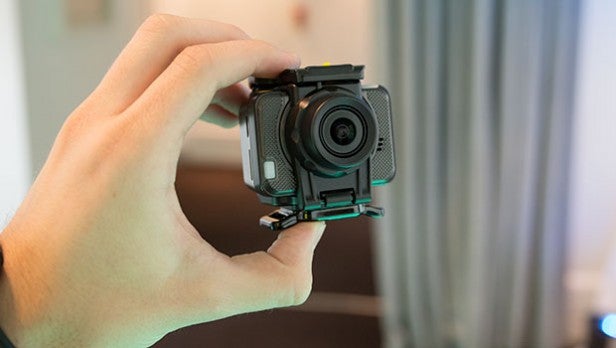 This is where I see a flaw in EE’s plan, though. Although the network is pushing hard into rural areas, there are still huge swathes of connection black spots. Unfortunately, these areas – woods, mountains, you know, the countryside in general – tend to be areas where action cam owners like to use their devices.

Yes, the compact shooter can let you share intimate home moments (not that sort of intimate moment), but so can Skype or FaceTime. Similarly, the ability to share footage after an event does nothing to separate this camera from a GoPro or the dozens of other action cams already on the market.

When recording to integrated storage, 13-megapixel stills can be captured alongside 1080p Full HD video at 60fps. This footage is pleasing detailed and far easier on the eye that streamed content. It is, however a little over saturated and over sharpened at times.

Content captured in early tests was fluid, with the camera handling areas of light and shade well. Again, further testing is needed before final judgement can be passed. 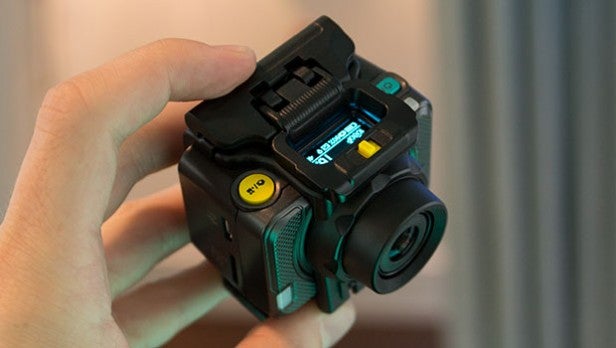 Design is an area where the 4GEE Action Cam is hard to fault. Compared with the GoPro Hero 4, there is a bit of extra bulk involved in order to accommodate the necessary 4G components, but the boxy, 59.2 x 42.7 x 51.3mm does not feel cumbersome.

At 128g, the 4GEE Action Cam is not particularly weighty either and, despite its added depth, fits on a helmet, pair of handlebars or chest strap without fuss.

If you don’t fancy streaming your content, there are Wi-Fi options on board, as well as 4GB of internal storage – expandable up to 64GB with the use of a microSD card. 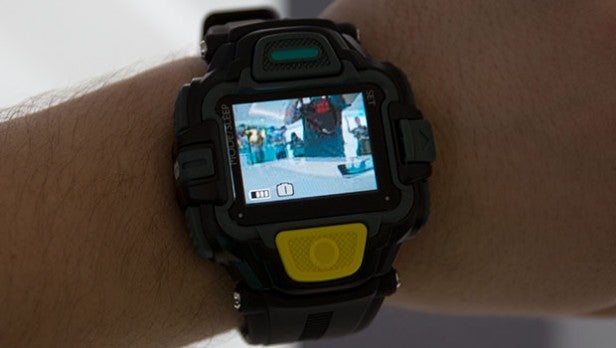 In another bid to set the 4GEE Action Cam apart from the competition, EE has bestowed the device, which comes boxed with a standard and waterproof mount, with a companion watch that doubles as a digital viewfinder.

I found this wearable viewfinder to be another example of brilliant theory, poor application. The bulky, rugged watch might be water resistant to 60 metres, dust proof and strong enough to withstand the odd tumble, but by being this it is overly cumbersome. Wearing this while riding a bike downhill and your wrist movements will be restricted.

That said, for skiers, car buffs, and those doing a parachute jump, this digital viewfinder could prove invaluable, letting you easily frame your shots before heading out onto the hill, track or air. 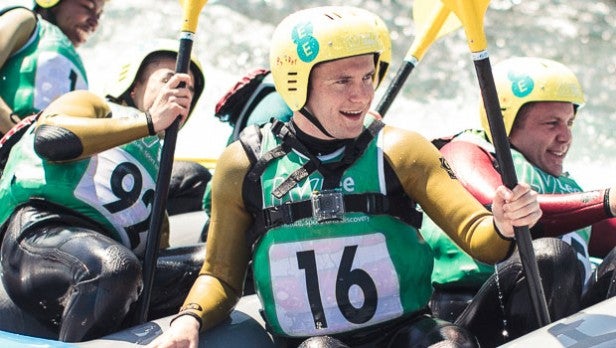 A great idea on paper, but I need to see EE’s 4G camera hold a connection while I’m biking through the woods, scaling a mountain or simply sat at home before I’m overly impressed. For now, on first use, it feels like a strong but confused camera for the always-sharing, always-watching world. GoPro shouldn’t be too worried, though.