What are the 1More Capsule?

The 1More Capsule are mid-range wired, in-ear headphones designed in conjunction with Misfit. Their aim is to offer buyers with an active lifestyle an all-in-one, affordable set that’s ideal for use on the tube and in the gym.

The headphones deliver excellent sound quality that easily beats pretty much every competing set at this price outside of the Onkyo e700M. Their atypical pill design is a little more ‘Marmite’ – and may make it difficult for some to get a good enough fit for exercise.

The 1More Capsule headphones have a unique pill design that the company claims maximises comfort and ensures buyers will be able to get a decent seal, regardless of ear size. In reality, the 1More Capsule are shaped more like the head of one of Ridley Scott’s aliens than a traditional pair of headphones.

The design isn’t as ostentatious as you’d expect and is the only visual flourish on headphones that otherwise sport a more run of the mill fabric texture cable and basic control module, which features a microphone for talking calls plus pause/play and volume buttons.

Build quality is solid and the the microphone worked a treat for taking calls when out and about. The fabric-finish cable can cause slight irritation during a gym session, or while running, but that’s a small problem compared to the 1More Capsule’s biggest design issue – they come with only three pairs of silicone sleeves.

The lack of variety will be an issue for people who prefer foam tips. However, more annoying is the fact that even the largest option is a little on the small side, which made getting a solid seal difficult – although, admittedly, I have comically big Dumbo ears. After a bit of wrangling, I was able to get a decent seal with solid noise isolation, but a wider selection of tip sizes and styles would have been handy. 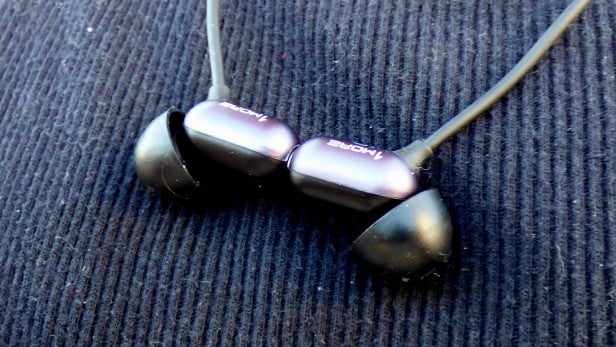 Sound quality is an increasingly competitive area in the £80 headphone market. The 1More Capsule headphones work to differentiate themselves with claims that they were tuned by Grammy Award-winning mixer Luca Bignardi and use a special patented driver technology.

Initially, I wrote off the blurb as marketing speak, but having used the 1More Capsule as my primary headphones for a fortnight – having come off the Jaybird Freedoms as my gym set and Plantronics Backbeat Pro 2s as my home/commute pair – I’m impressed. The 1More Capsule are one of the best sets you can get right now at this price. 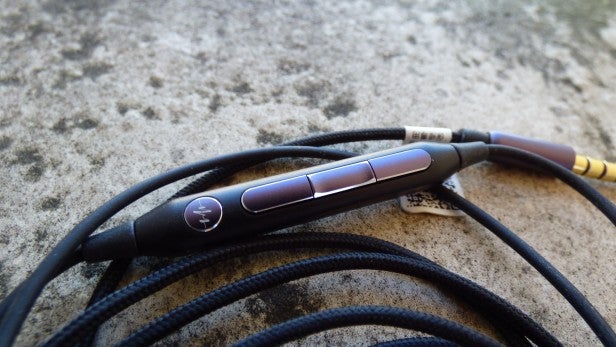 Maximum volumes aren’t ridiculous, but they’re loud enough for everyday use, and easily powerful enough to drown out sound on the tube, or when walking along a busy street.

The headphones also offer up a nicely balanced soundstage, where no single element overpowers the other – a common problem on budget headphones. Highs are handled ably and never once feel acidic, even when playing punk and 90s grunge tracks whose guitar parts have a tendency to strain other headphones at this price point. I didn’t once notice any serious sibilance.

Mids are also nicely handled. Unlike some of the headphones I test at this price, the upper treble and sub-bass don’t sound overly squished-together in the mid-range, which ensures music never loses any of its subtlety.

My only issue with the 1More’s sound quality stems from its handling of the low end. The 1More’s bass is well controlled, and sounds great for jazz and classical music, but for everything else it feels a little underpowered. Rock music lacks the rumble you’d expect, and bass on dance and J-pop (don’t judge me, BabyMetal are awesome) doesn’t sound as pronounced as it does on competing sets, such as the Onkyo e700M. 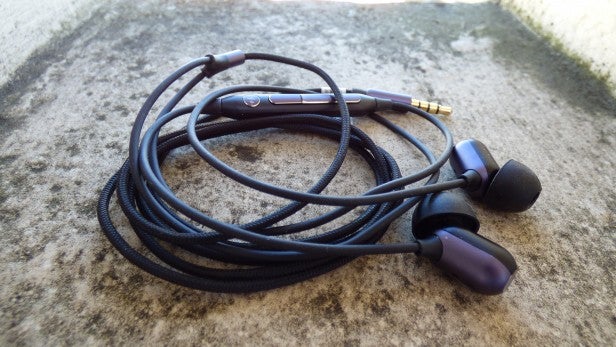 Should I buy the 1More Capsule?

For £89.99, you’ll struggle to pick up a better pair of headphones than the 1More Capsule. Although design-wise they look a little odd, and they don’t offer a good enough seal for exercise, sound quality is decent and works with a variety of different music styles.

The slightly underwhelming bass will be an issue for fans of music styles where the low end is key, and for those folk the Onkyo e700M might be more suitable. However, their handling of the mid-range falls short of the 1More headphones.

One of the best sets of headphones you can get at this price.