Isn’t it just typical? You wait decades for a decent resurrection of the ZX Spectrum, UK’s most beloved home micro, and two come along at once.

We recently spoke to video game veterans Elite, who are bringing the Sinclair ZX Spectrum back from the dead as a special Bluetoot h keyboard which can connect to your iOS or Android device. That product will be joined on the shelves by another retro revival, but one which takes a slightly different approach.

The ZX Spectrum Vega is a collaboration between a team of retro gaming experts, a Midlands-based electronics firm and none other than Sir Clive Sinclair himself – the man who masterminded the original machine back in the 1980s.

“I approached Sir Clive some time ago about potentially working on a project, which in time became the Vega,” says Paul Andrews, a businessman who has worked in the games and book publishing industries. The pair were then joined by international chess master and AI expert Dr David Levy, and work began in earnest. The group would cross paths with Chris Smith, a former ZX Spectrum games developer and author of the definitive technical book “The ZX Spectrum ULA: How to design a microcomputer”, who happened to be conceptualising a like-minded venture.

“Chris was independently working on a similar project,” continues Andrews. “After I contacted Chris, the two ideas were amalgamated into what eventually became the ZX Vega.” The four individuals would form Retro Computers Limited.

Related: Recreating the ZX Spectrum – Ol’ Rubber Keys is back

Andrews believes that the group behind the Vega has the know-how to make the project really sing.
“The team has a broad experience within the electronics, software and games fields, as well as general business experience,” he explains. “David has produced over 50 consumer electronic products. I’ve been involved with the games – and particularly the retro games – market for many years. For example, my company was the one that did the actual conversions of the C64 games which were used on the Nintendo Wii system. Chris is one of the world’s leading experts on the ZX Spectrum design.”

However, as you might imagine, Sir Clive’s contribution has perhaps been the most telling.

“Sir Clive has been very enthusiastic about the ZX Vega project and has supported us at every point along the way, from early prototypes through to generating the incredible global media interest. We see the ZX Vega as the next generation of Sinclair Spectrums, and we are both honoured and pleased that Sir Clive is working with us on the project.”

Despite the obvious confidence Andrews and his associates have in the concept, in the early days the team decided that caution was in order.

“From day one we wanted the ZX Vega to be something that people wanted, as opposed to something which was just produced by a faceless company, and so I suggested we test the market by crowdfunding the project,” he explains. “We did not know how that would go, and our target was £100,000 over 60 days. 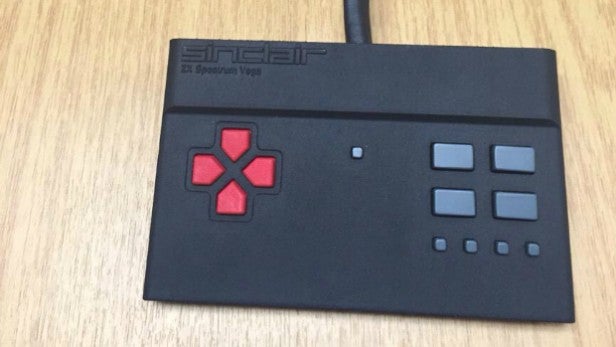 In fact, the response from the public from all over the world was so enthusiastic that we raised £100,000 in just 36 hours. This approach to see if people really wanted the ZX Vega was the right thing to do.”

As is the case with Elite’s Recreated ZX Spectrum, the ZX Vega is being produced under licence. When Sir Clive sold off Sinclair back in the late ’80s, he gave up any rights to the Spectrum brand. The current owners are Sky In-Home Service Ltd, and it is from this company that Retro Computers has licensed the name.

“Whilst I cannot go into contractual details about the licensing of the brands, I can confirm that Sky In-Home Service Ltd now own the various trademarks and brands, and they have very kindly come to a licensing agreement with us to allow the ZX Vega to be manufactured,” Andrews says.

In another unique nod to the past, the system is being produced almost entirely on British soil. “Other than certain components we have to use – which of course have to be sourced globally – the design and manufacture of the ZX Vega is happening right here in the UK,” says Andrews with a clear degree of pride. “The team really wanted this to be the case, and we searched for an appropriate partner company – which we found in the form of SMS Electronics, based in Beeston, Nottinghamshire.” 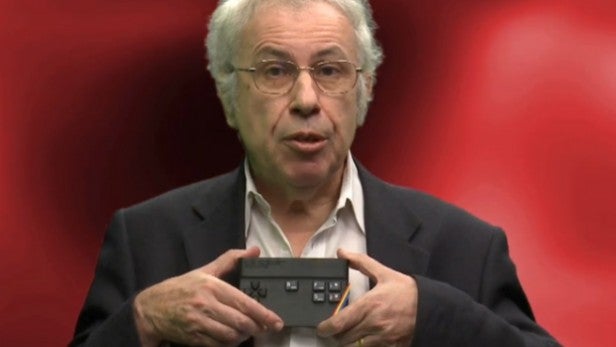 One thing that’s noticeably different with this new system is the lack of a full keyboard – something that hardcore Speccy fans may be slightly dismayed by.

“From speaking to people we came to the conclusion that for today’s users, having a full keyboard was not the way to go,” explains Andrews. “We wanted to create a plug-and-play device that anyone of any age or experience could use. Plug it in, turn it on, choose a game from the menu, and play one of the 1000 games preloaded – or even download games from sites such as World of Spectrum, and add them using an SD card.

“We wanted it to be simple to use, hence why we went for the design we have. We also wanted the ZX Vega to be something that if you bought it, all you needed other than the Vega itself was a TV to plug it into. This is what we have achieved.”

That’s not to say that Retro Computers has totally ignored the feedback from its users.

“We have added some extra keys to allow more games to be accessed easily on the ZX Vega, after listening to the initial feedback from users,” Andrews adds. “Plus the device also has a virtual keyboard as well to allow adventures, for example, to be able to be played, so we have listened while keeping to our original concept of wanting the ZX Vega to be accessible to everyone.”

While Andrews is reluctant to reveal exactly what kind of software is running under the bonnet of the ZX Vega – aside from the fact that it’s “a mixture of new and existing” systems – he’s confident that the emulation of the original hardware is perfect. There were an incredible number of games produced for the ZX Spectrum during its active lifespan, and that means there’s plenty of content out there for Retro Computers to make use of – and it’s been busy contacting the original creators to ensure their games come along for the ride.

“The response from rights owners has been brilliant,” Andrews states. “The ZX Vega will come with 1000 games pre-loaded onto it, but it will be a simple process to add other Sinclair Spectrum games to the Vega using an SD card.”

Despite the age of the Spectrum, Andrews is hopeful that the renewed interest in the platform will result in brand-new games.

“As well as many well-known classic games on the Vega, we also have games from newer developers such as Bob Smith and Jonathan Caudwell. Also we have had some games submitted which are brand new and never released prior to being on the ZX Vega. We also hope the Vega will encourage other new Spectrum games to be written and released ready for Vega users to play.”
While Andrews naturally has supreme confidence in the product he and his team have created, he admits that the response from the general public has taken him aback.

“The overwhelming reaction from fans, casual users and retail sector has been amazing,” he gushes. “So many people look back with fond eyes on the Spectrum and clearly people cannot wait to get their hands on a Vega. We think we have done a good job, as the campaign only concluded at the end of January 2015, and we only received the funds in mid-March. So we have turned round the ZX Vega – from concept to production – in a matter of a few months, as opposed to say a year or two, which people might have assumed it would take. 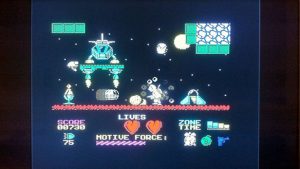 “We have also managed to license all the 1000-odd games in that short space of time. We have worked really hard on the project and cannot wait to get it into people’s hands, all being well, in June 2015.”
But what of Elite’s machine? Surely two Spectrum revivals happening in the same year is not only likely to cause confusion among buyers, but also create additional competition?

“We hope every success to Elite with their product – we do not see them as rivals,” Andrews insists. “We are not aiming for the same sector of the market – the Vega needs only a TV to work with, and comes with a huge amount of games built into it, as well as having the capability to add pretty much any other Spectrum game you have rights for via the SD slot. We have designed the Vega to be a simple plug-and-play device for anyone to be able to use.”

Rival or not, one undeniable advantage that the ZX Vega has over Elite’s system is the involvement of Sir Clive himself. He’s been swept away by the massive interest in this new venture – a venture that not so long ago, he doubted would have been worthwhile.

“I’m very excited about it,” he tells us. “People were suggesting the idea to me for many years, but at first I wasn’t enthusiastic. Now that I’ve seen just how much of the 1980s nostalgia for the Spectrum remains, I’m bubbling over with enthusiasm.” 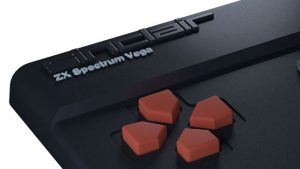 Sinclair is also slightly taken aback by the interest in the Spectrum brand as a whole, especially in this era of jaw-dropping photo-realistic visuals.

“In some cases it’s pure nostalgia,” he replies when asked why the technologically humble Spectrum still has such a grip on gamers. “With others I suspect it’s because the 1980s graphics are just different. I always believed it would be a big commercial success, which it was of course. But I wasn’t thinking about 30 or 35 years ahead in those days.”