The Zano mini-drone, which raised £2.3 million on Kickstarter, always seemed a little too good to be true. It ultimately was.

Europe’s most-backed crowd-funding project ever promised a multi-functional, palm-sized quad-copter for an incredibly low price. As such, the creator Torquing smashed its £125,000 goal when 12,000 handed over cash to back the idea. A further 3,000 pre-ordered then the device.

However, Only 600 were ever sent out and those were “barely functional.”

Having blown through the cash (plus racking up an additional £1.2m more in additional debts) Torquing folded in November 2015, and filed ‘a creditors’ voluntary liquidation,’ leaving backers and some pre-order customers empty handed.

. The crowd-funding firm hired British freelance journalist Mark Harris to follow the money trail and find out what went wrong.

Harris published an exhaustive 13,000 report to Medium this week, speaking to many of the major players at Torquing, its suppliers and even Kickstarter itself. Here are 11 things we learned from his report:

1) Stretch goals pushed the product beyond expertise levels
When the campaign took off, Torquing introduced a number of stretch goals that promised built-in storage, hi-def video recording, thermal imaging cameras, wireless charging, upside down flying, panoramas, facial recognition, all for the same £139 pledge. This “caused enormous difficulties” and took the project beyond the abilities of the creators.

“A seemingly dedicated staff couldn’t, in any case, meet the over-ambitious deadlines and specifications,” Harris wrote.

2) Torquing may have misled backers in Kickstarter promo video
In his report Harris said there was “convincing evidence,” the Kickstarter video published in November 2015 was misleading in terms of “the existing capabilities and readiness level of the Zano.” While there’s no evidence of CGI, any simulation is forbidden by Kickstarter.

Harris wrote: “The video has red flags throughout. The shots that are clearly made by a videographer and include a Zano in frame have the same characteristics as video that ostensibly was shot, or is labelled as shot, from the drone. The cliff-diving scene seems to use a lens and tracking the device lacks. The Zano is never shown in a continuous shot from take-off through flight. In one case, footage appears to be reversed (a landing is used as a take-off); in another, a shot of the Zano is likely slowed down.” 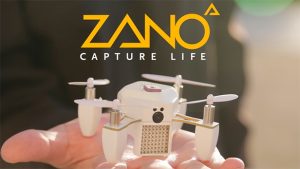 3) Kickstarter backers, your money is likely gone
While some of the pre-order customers were able to request refunds when the company was still alive and well, it was a different story for loyal, patient crowd-funders who assumed the risk by investing in an idea, rather then pre-ordering a product.

Despite ongoing liquidation of Torquing’s assets, any money handed back to creditors is highly unlikely to make its way into the hands of those who got the product off the ground.

“The liquidation is proceeding in a professional manner, but is unlikely to result in any refund, however small, to any Kickstarter backer,” Harris wrote.

4) Torquing rushed out unfinished hardware to ease cash flow problems
After long delays, 600 folks received their Kano mini-drones in September, but they were far from the finished article.  In fact, they barely worked in the ways Torquing had advertised.

The company angered backers (their money was already gone) in order to ship to pre-order customers first. This was to relieve cash flow problems that prevented them paying suppliers. PayPal was holding the pre-order cash until orders were fulfilled.

Harris wrote: “The simplest way for Torquing to get more money would be to deliver the first Zano drones to pre-order customers. This would release hundreds of thousands of pounds that PayPal had been sitting on for months.”

5) The makers got “a bit silly” with money
David Grant is Managing Director of Kestrel International Circuits, a Torquing supplier, told Harris: “If you get a lump of money, maybe you do get a bit silly. There were some odd things, like Busby Junior driving around in a brand new BMW M4 and Busby Senior having a brand new M6.”

The company also went on a hiring spree “for software, firmware, and hardware engineers, and for administrative staff, marketers, and web developers.” The employee roster maxed out at 28 at one point.

6) No evidence to suggest Torquing sought to defraud backers
Every time a high profile Kickstarter campaign fails, you’ll hear the shouts of ‘fraud!’ and the threat of lawsuits. However, although the company paid themselves high salaries and spent extravagantly on cars, there was no conscious campaign to defraud those backing the project, according to Harris.

“There is no sign of sustained extravagance or criminal fraud,” he wrote. 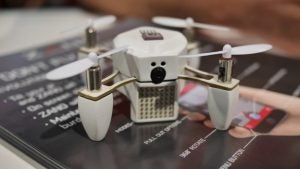 7) There’s some unaccounted for cash
While many of the expenses outlined in Harris’ report sounded “plausible,” if not responsible, there are “several lines in the accounts do jump out,” he said.

“A “general expenses” figure of £186,293 could hide all manner of things, while professional fees of over £220,000 might be typical of a larger company,” Harris wrote of Torquing Robotics Limited, one of three Torquing companies listed as involved with the development.

Ivan Reedman, the former CEO who left the company before the firm went out of business, was unable to shed light on these expenses when spoken to for the investigative report.

8) Crowdfunding risks still preferable to VC dominance
Harris argues that, although there are inherent risks in backing campaigns on sites like Kickstarter, assuming those risks is preferable to return to a world where a small number of venture capitalists decide what is made and what is not.

“If we want a democratic, open, freely accessible alternative to banks and venture capitalists,” he writes, “then we will have to accept occasional failures like Zano along with runaway successes like Pebble, Oculus Rift, and Veronica Mars.”

9) Kickstarter needs to do more to prevent another Zano
After his exhaustive investigation, Harris concludes Kickstarter itself has a role to play in ensuring there’s never another Zano debacle.

He wrote: “Kickstarter, and other crowdfunding platforms, should reconsider the way that they deal with projects involving complex hardware, massive overfunding, or large sums of money. There should be better mechanisms to identify weak projects before they fund, as well as new processes to provide mentorship, support and expert advice to newly-funded projects.”

10) There’s a Zano Card game and it could go on Kickstarter
An entrepreneur from the same area is turning the Zano story into a mockumentary-like card game that could be placed on Kickstarter. It’ll even be shipped in Zano clam-shell cases purchased from liquidators.

11) The Zano dream may not be permanently grounded
“Torquing Robotics has failed. But I don’t think the Zano project has in any way,” a defiant Reedman told Harris. “It’s simply on hiatus whilst all the regulatory and all the other issues are sorted out. The technology was so close. I think there’s a very distinct possibility that the project itself will continue.”

Reedman believes the IP could be purchased and it could even go down the open source route. At this stage, it’s hard to imagine a scenario where the public or investors would place fresh faith in such a tainted idea.