The initial reaction has been telling. People seem genuinely excited by a Google streaming product for the first time since it bought YouTube back in 2008.

This is the YouTube we’ve always dreamed off; no more annoying pre-rolls and the ability to store those viral classics for instant recall, not to mention the prospect of a new reality show from internet demi-God PewDiePie!

With YouTube Red comes the bonus of a full subscription to Google Play Music All Access, the company’s Spotify clone and a mighty fine alternative in its own right.

Right now Play Music All Access is an also ran, a bit part player. Even if it were the best service in the world, there are few compelling reasons to make the switch.

But add YouTube, with offline video into the mix? Well now you’ve piqued my interest. Suddenly there’s competition for the £10/$10 a month I’ve been handing over to Spotify for 5 years, uncontested. 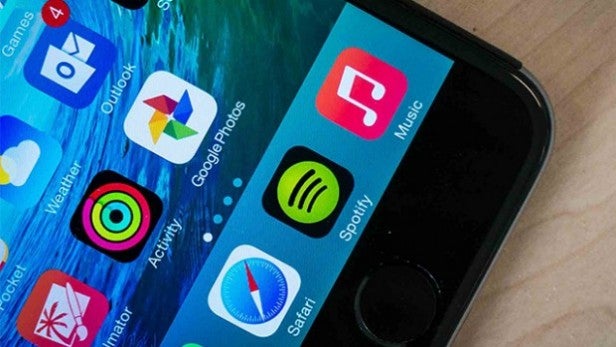 While Google is dangling the carrot of music streaming to bring people on board with YouTube Red, I think it’s the other way around.

Many people will be saying: “Hmmm, so if I subscribe to Play Music I can get ad-free YouTube too? Sounds good!”

Let’s be real for a second, Google has totally flubbed music streaming up until this point.

. Even the YouTube Music Key (which is now part of YouTube Red known simply as YouTube Music) seemed like a pretty awkward solution that was half launched in beta. It’s not like you could use it to properly listen to an album is it?

But now the line-up seems settled, Google can really push forward with making YouTube Red, the most compelling streaming proposition on the market, offering the best overall value for money on the market.

I don’t mean to understate the value of the video offering either. YouTube has such a wealth of great partnerships with major TV providers, record labels and sporting organisations like the NFL, WWE, NBA, etc. that ad-free access with offline storage really is a big deal.

Users will be able to create their own library of classic TV shows and their all-time favourite music videos. They’ll be able to have a locker of viral classics ready to show off and will be able to collate their favourite dunks, touchdown passes, home runs, etc. It’s really, really significant and it’s something I want.

Original, exclusive content could be big too, if YouTube is able to leverage its emerging army of legitimate mainstream stars to make their own name through the platform. Rachel Bloom, currently has her own sitcom on US television off the back of her YouTube popularity. Now Google can perhaps keep these guys in house?

For me all of this entire proposition weighs against my Spotify subscription, because I certainly won’t be paying for both.

Despite three-month free trials on offer from Apple Music and Google Play, free access to a library of music with my Amazon Prime subscription, YouTube Red is the first offering that is challenging my loyalty to the Swedish streaming giant.

The important thing will be how many other folks are pondering the same thing right now?

What’s in a name? Well, quite a lot

While impressed with the overall YouTube Red offering, I’ve gotta ask: What’s with that name? YouTube Red is certainly reminiscent enough of somewhere you wouldn’t want to end up unless you’re specifically looking for it.

I can see some unwitting folks – you know, the types who say ‘tweeter’ and ‘the facebook’ – ending up with a whole different kind of ad-free viral video.

Husband: “Honey, I was trying to find YouTube Red! I swear!”
Wife: “…but you stayed for four hours and clicked on 63 different pages.”
Husband: “…”

Are you excited about YouTube Red? Do you agree with what Chris had to say? Let us know in the comments section below.