Wondering how Xiaomi’s new Mi Notebook Air compares to the Macbook Air (2015)? We’ve compared the two here to give you an idea of which laptop is best.

Chinese smartphone maker Xiaomi has just unveiled its first ever laptop in the form of the Mi Notebook Air, and while we’re yet to get our hands on one, it’s obvious already that the device takes more than a few cues from Apple’s Macbook Air.

From the design to the specs, these two laptops share a lot in common. Which has us wondering whether Xiaomi will be able to match, or even outdo, Apple’s long-running laptop line.

With that in mind, here’s an early look at how the two compare.

Xiaomi’s ultra-thin notebook comes in two sizes: 13.3-inch and 12.5-inch. This is the first of many similarities between it and the MacBook Air, which comes in 13.3-inch and 11.6-inch options.

Interestingly, the Mi Notebook is slimmer and lighter than the MacBook in both instances. While Apple’s 13.3-inch machine is 17mm thick and 1.35kg, the 13.3-inch Notebook Air is 14.8mm thick and weighs only 1.28kg.

The smaller MacBook Air is also 17mm thick but weighs just 1.08kg, while the 12.5-inch Notebook Air comes in at just 12.9mm and a relatively lightweight 1.07kg. 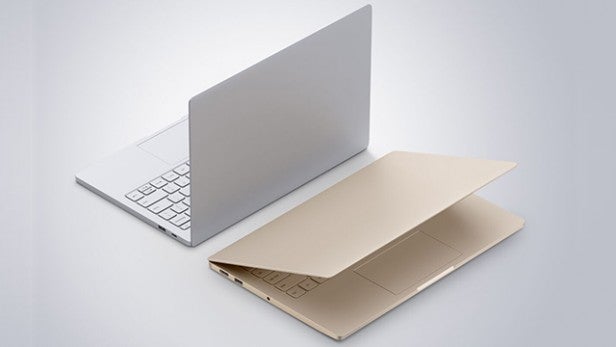 In terms of dimensions, then, Xiaomi has certainly managed to outdo Apple. It’s taken slightly different design cues, though, with the Mi Notebook Air looking more like a Microsoft Surface Book than a MacBook Air, with a squarer, flatter design that doesn’t taper off.

Both Apple and Xiaomi’s machines come with backlit keyboards, but the Notebook Air models both come with an HDMI port alongside two USB 3.0 ports on the 13.3-inch model, and one on the 12.5-inch version. 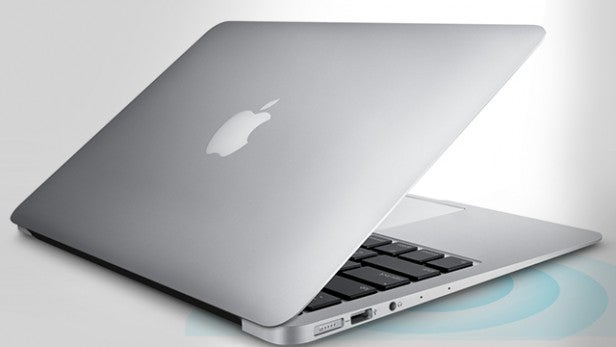 The MacBook Air models both come with two USB 3.0 ports, so Apple has an advantage there, but the Xiaomi machines have that desirable full-size HDMI out connection, whereas you’ll need an adapter for the MacBook Air if you want to use an HDMI connector. Of course, you do have the Thunderbolt 2 connections on Apple’s devices, which is one thing Xiaomi were unable to reproduce on their laptops.

In terms of colour options, the Notebook Airs come in either Gold or Silver, whereas the MacBook Air comes in the standard grey hue.

When it comes to the screens, Apple, again, offers a 13.3-inch option and an 11.6-inch option. The former comes with a 1,440 x 900 resolution, while the latter comes with a 1,366 x 768 resolution. That feels a bit old fashioned in a world where 4K is fast becoming the norm, and most phones even have a 1080p resolution. Which is probably why Xiaomi chose to give both models of its new laptop a Full HD resolution, once again going above what Apple offers. 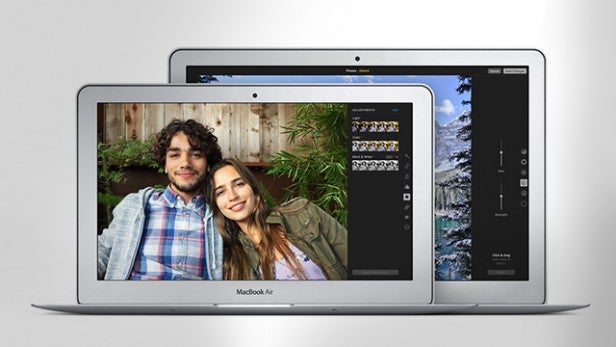 If we were talking about phones, you’d be unlikely to notice the difference, but on a laptop, the gap between the resolutions could well be noticeable. We’re yet to try out the Xiaomi Notebook, so we can’t say for sure. But with most mid to high-end laptops, we’d hope to see at least a Full HD (1080p) resolution. With that in mind, we have to give this one to Xiaomi, at least for now.

That said, we’re yet to see how the screen handles colour reproduction, whether there’s any backlight bleed, and all the other considerations that a full review would allow us to investigate. Stay tuned for a full update.

This is where things get interesting. Firstly, when it comes to hardware, the Macbook Air and Notebook Air are fairly closely matched in many ways. There’s a lot to get through here so, in the interest of simplicity, here’s how the various models break down in as simple terms as possible: 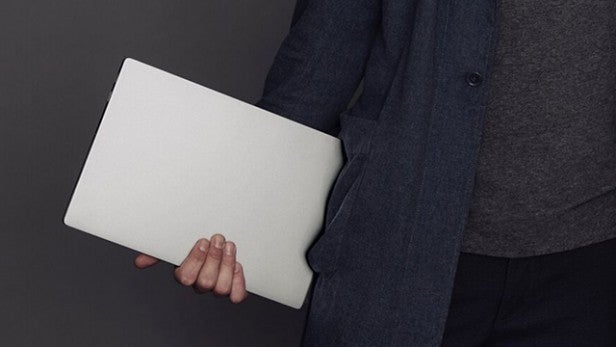 The Notebook Air’s specs differ depending on which model you go for. While the 13.3-inch model comes packing 8GB DDR4 RAM, a 256GB SSD, and an Intel Core i5 processor, the 12.5-inch version features a less capable Intel Core M3, while RAM is halved to 4GB, and the SSD is also significantly less capacious at 128GB.

But the real point of interest here has to do with graphics. Xiaomi has loaded the 13.3-inch Notebook Air with a dedicated Nvidia GeForce 940MX graphics card, so it should have a decent edge when playing games. 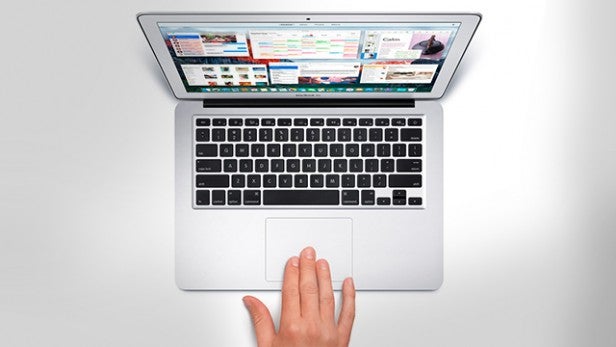 As a result, Xiaomi seems to once again have outdone Apple, at least when it comes to the larger model Notebook Air. More RAM and a dedicated GPU mean you’ll simply be getting more power for your money with the 13.3-inch Xiaomi laptop, and while we’re obviously yet to try the machines out, the spec sheet points to a serious advantage for the Chinese firm in this department.

Apple released the latest version of its desktop operating system, OS X El Capitan, earlier this year, and that’s exactly what you’ll find on both MacBook Air models. OS X has always been a fantastic desktop experience, although those coming from Windows will undoubtedly need some time to get used to it at first.

It’s worth bearing in mind, however, that Apple will be launching its newly rebranded dekstop OS, macOS Sierra, later this year, and the two MacBook models are almost certain to make the switch to the new software when it becomes available. With a host of new features, including the first appearance of the digital assistant Siri on the desktop, MacOS Sierra promises to be a worthwhile update, and looks set to add to an already stellar offering from Apple. 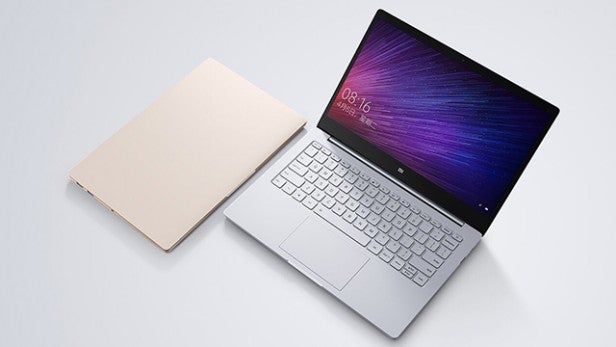 You may be wondering what Xiaomi has done with its devices in terms of operating system. Well, there’s no major surprises here. The firm has loaded its Notebook Air models with Windows 10.

Which one is best? Well that will largely depend on which OS you prefer to use. They both offer great features and functionality, so it’s difficult to call a winner here. Xiaomi is likely to load its machines with some extra proprietary software, so it’s worth bearing in mind bloatware will likely be an issue when it comes to the Notebook Air. But on the whole, this is a tough one to call.

Xiaomi says the 40Wh battery on the 13.3-inch Notebook Air will last 9.5 hours from a single charge, and the laptop is capable of charging to 50% in 30 minutes using the USB-C charger provided. Based on our experience with laptops with dedicated graphics cards, this seems a optimistic, but we’ll have to wait and see. The smaller model should last slightly longer, with a claimed battery life of 11.5 hours. 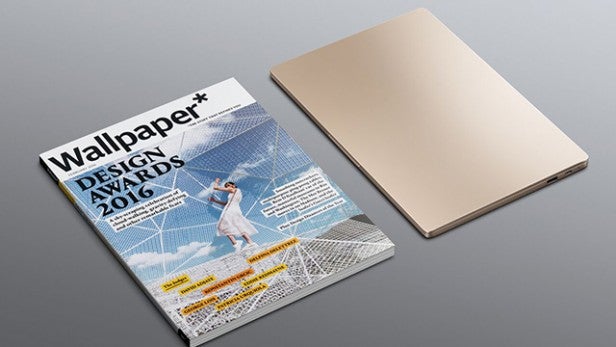 This isn’t bad, considering the two laptops manage to keep things lighter and slimmer than the MacBook Air models. Apple’s 13.3-inch machine does come with a 12-hour battery life, which is significantly more than the 9.5 hours on the Notebook Air equivalent, but then, there’s no dedicated graphics card to power. We’d argue that losing a few hours of battery life for a decent GPU isn’t all that bad.

Interestingly, the smaller model Notebook Air actually manages to almost match the larger MacBook Air, with its 11.5 hour battery life. And it clearly bests the smaller MacBook model, which comes with a 9-hour claimed battery life.

Once again, we don’t have any real-world tests to go on here, but on paper the laptops are fairly evenly matched, with the larger MacBook Air model coming out on top in terms of battery power.

Another area where Xiaomi seems to have an edge on Apple, the 13.3-inch Notebook Air will go on sale for 4,999 yuan, which works out to about £686 inc VAT. The large Macbook Air model, on the other hand, is currently available for £999 for the 256GB storage model, and £849 for the 128GB version. That’s a big difference, especially considering the Xiaomi machine comes with what looks to be a significant hardware advantage over the MacBook. 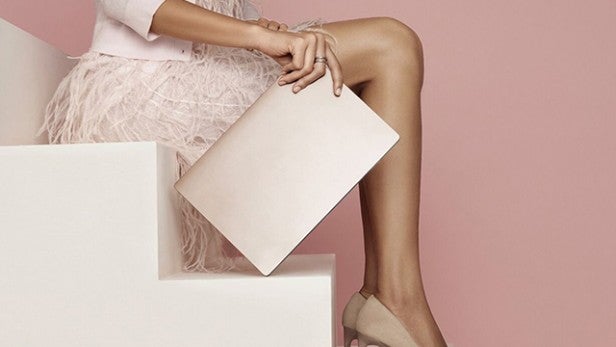 Unfortunately, it seems that, for now at least, only China will see an official Mi Notebook Air release, with no global launch date yet confirmed.

Those looking for a more compact option can pay £899 for the MacBook Air with 256GB internal storage, or £749 for the 128GB option, while Xiaomi is planning to charge £3,499 yuan (about £500 inc VAT), for its 12.5-inch offering. Again, a sizeable difference that makes the Xiaomi machines look like a more attractive offer.

While it’s very difficult to best Apple at its own game, it seems Xiaomi has given it a good go with the Mi Notebook Air. Numerous advantages, from the dedicated graphics card, to more RAM, higher resolution screens, and a much more affordable price make the Notebook Air models serious competitors in the ultra-thin notebook department.

Without trying out both the Mi Notebook Air ourselves, it’s difficult to call a clear winner. But we like what we’re seeing from Xiaomi, and hope its new devices launch in the UK and US soon so we can test our theory that the Mi Notebook Air might just be a better laptop than the MacBook Air.

It’s another reminder, however, that the MacBook Air range is overdue a serious update so all this could change in the next month or two.

Which do you think is best? Let us know in the comments.