Xbox One S vs Xbox One: Is it worth buying either console with Xbox One X now the most powerful console on the market? Trusted Reviews has collected everything you need to know.

Xbox One S isn’t a significant upgrade over the Xbox One, but does provide some cool benefits. Owners now have access to HDR support and a 4K blu-ray player, something PS4 Pro sorely left out.

To put things simply, if you already own the original console there isn’t much incentive to upgrade. Sure, there’s the addition of HDR and 4K blu-ray support, but you’ll need an impressive 4KTV to make any use of these features.

If you don’t already own one, though, it’s definitely worth considering a purchase. However, with Xbox One X out now, it makes things a little more complicated. TrustedReviews has broken down everything you need to know about the two consoles below, for anybody considering picking it up. 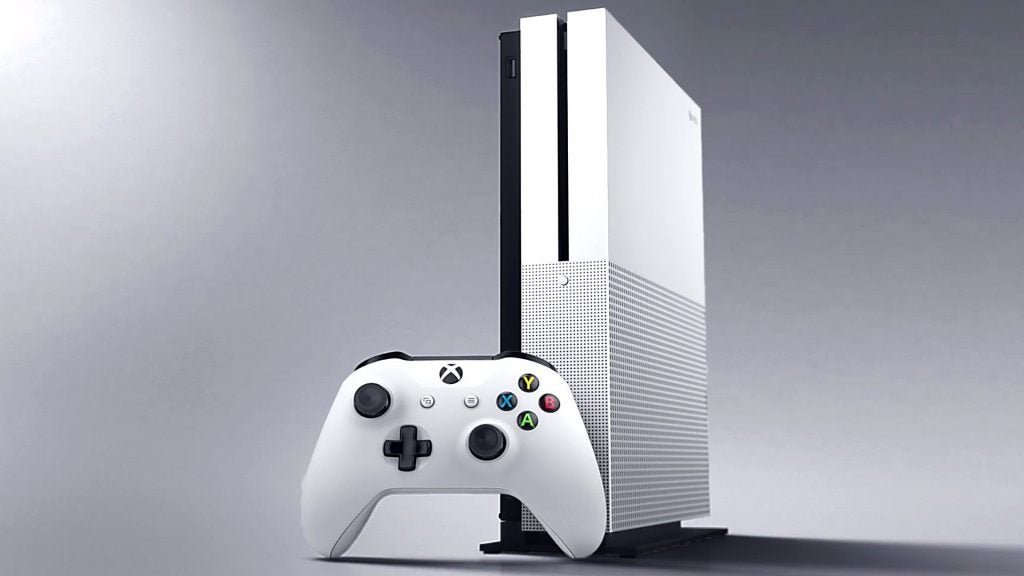 Xbox One S Price: How much should you pay?

With the Xbox One now discontinued and Microsoft continuing with the two main consoles of One S and One X, the One S has become significantly cheaper. Bundles are available for as littles as £200, which could go lower in sales.

Xbox One S is 40% smaller with built-in power supply

The Xbox One S is 40% smaller than the original – a considerable reduction. Given that the original Xbox One is a chunky machine – at 333mm x 276mm x 78mm, it dominates the comparatively slight PS4 – this is an important change. However, PS4 Slim gives Xbox One S a run for its money in terms of sheer dimensions. Plus the power supply is now built-in.

So, 40% smaller and no bulky power supply? That’s a pretty big tick in favour of the Xbox One S.

Arguably the standout feature for Xbox One S. Not only does the Xbox One S support 4K video playback from streaming services like Netflix and Amazon, it’s also a 4K Ultra HD Blu-ray player. This makes the $299/£249 starting price excellent value compared to dedicated Ultra HD players currently available.

Our testing suggests the Xbox One S is a more than competent Ultra HD Blu-ray player, so AV fans should hold no fears in that regard.

Buy Now: Xbox One S with Minecraft from £229

While the original Xbox One is technically capable of supporting 4K gaming and video, it has an HDMI 1.4a port, meaning it can only output 4K at 30Hz, which is very limiting. The Xbox One adds support for HDMI 2.0a, so it now supports proper 4K 60Hz output.

Xbox One S has a slight performance bump

Much like PS4 Pro, the Xbox One S is not the beginning of a new console generation, but an expansion of a platform we already know and love. But it does offer a very slight improvement over its predecessor.

The Coalition head Rod Fergusson revealed to Polygon that his team had taken advantage of additional raw GPU and CPU power for Gears of War 4 , to improve frame rates. Ferguson claimed his engineers have been able to, as Polygon puts it, “leverage the additional power to reduce the frequency of the frame rate or resolution penalties.” 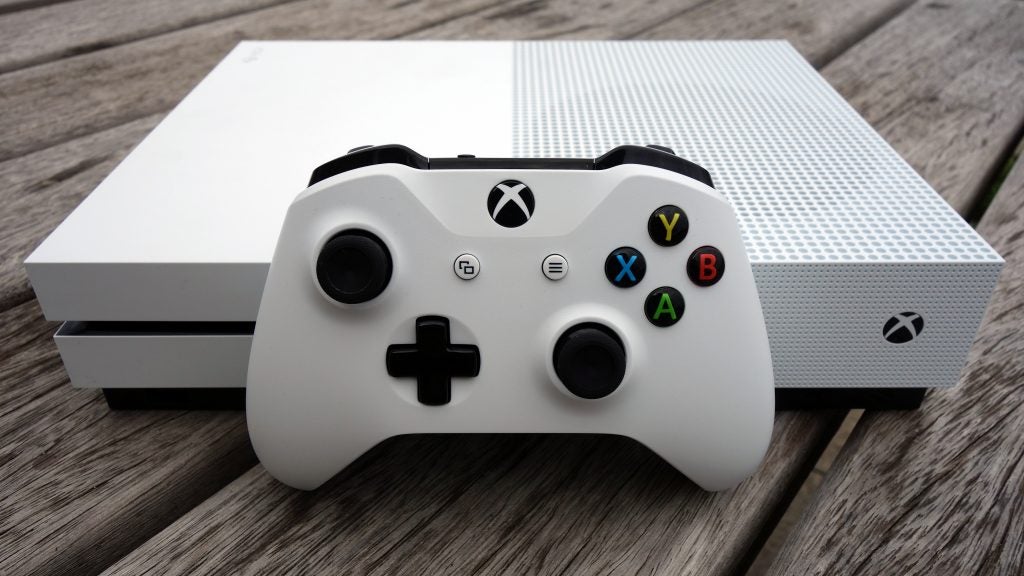 A Microsoft spokesperson then confirmed, via The Verge, “We have the same SoC architecture as Xbox One today.

“For games that want to take advantage of HDR, we gave developers access to a small amount of additional processing power.”

Overall though, don’t expect games to look noticeably different on Xbox One S to Xbox One thanks to the additional power, instead only getting minor stability improvements.

Xbox One S can upscale games to 4K

The upscaling capabilities of the Xbox One S were revealed by Jeff Henshaw, Group Program Manager at Xbox at an E3 session. 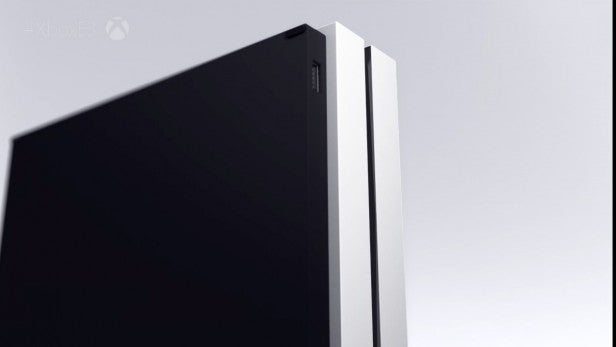 It means the Xbox One S will be able to offer gaming at a higher resolution than its predecessor, although it won’t quite be as good as native 4K.

In our review, we found the Xbox One S is good at upscaling games and 4K video content – better than the TV we tested on.

It can be stored upright

That’s great news, though the stand is an optional extra, unless you buy the 2TB model, which includes a stand.

Not a huge surprise, given its increasing irrelevance, though owners who want to use Kinect can do say via a USB adapter. The adapter is sold seperately and can be ordered directly from Microsoft. Don’t expect any new Kinect games on the horizon, though. 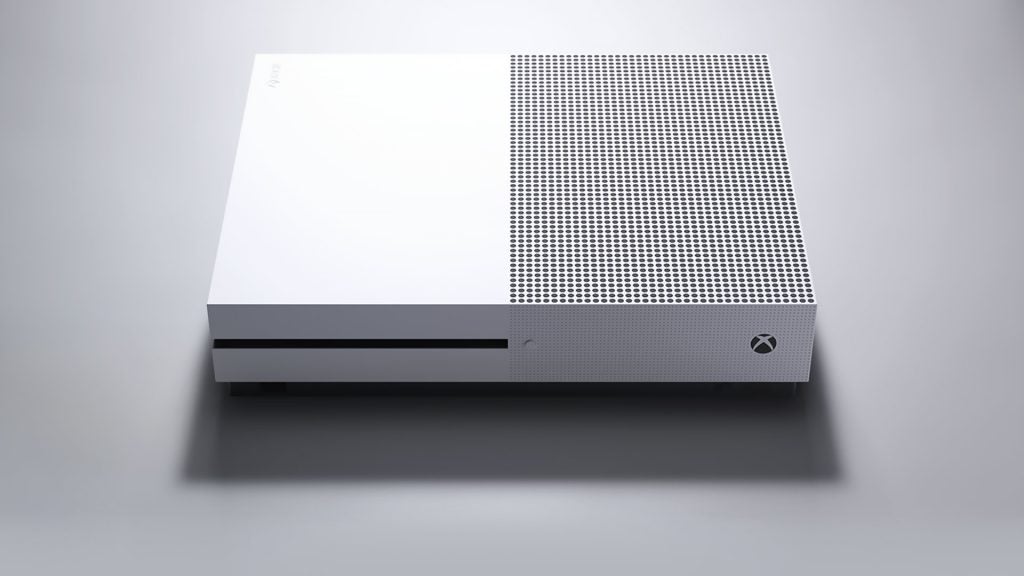 But there is an IR blaster

In the place of a dedicated Kinect port, the Xbox One S comes with an integrated IR (infrared) blaster. That means you can configure your Xbox One S to turn on other devices, like your TV, audio/video receiver, and cable or satellite receiver.

The idea is that you can reduce the number of remotes you need to control your stuff. 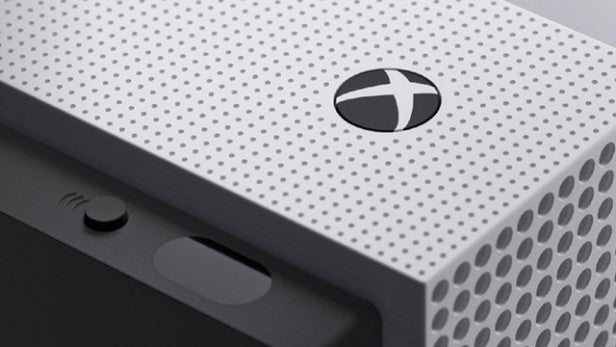 Not content with the already excellent Xbox One controller, or the incredible Xbox One Elite Controller, Microsoft’s unveiled the Xbox One S controller as well.

The pad has a new textured grip, exchangeable colour covers, extended range and – most importantly – now has Bluetooth so you can use it with a PC wirelessly.

Buy Now: Xbox One S with Minecraft from £229

Xbox One S vs Xbox One: Should you upgrade?

There’s no doubt the new Xbox One S is a better all around console than its predecessor. Not only does it slim down the original console’s bulky frame, the Xbox One S comes with a load of features that make a far more desirable device.

Firstly, you get a 4K Ultra HD Blu-ray player. Currently, those things will cost you upwards of £400 on their own. Secondly, you can stream 4K at the proper 60 Hz in HDR from apps such as Netflix and Amazon Prime Instant Video. Plus, there’s even a slight performance boost. The console benefits from extra processing power, too.

It probably isn’t worth it for most Xbox One owners if you don’t care about 4K video, but it looks like a good upgrade if you fancy getting into Ultra HD Blu-ray. And if you don’t already own an Xbox One, the smaller size and great features make it very tempting indeed.

Will you be buying or upgrading to an Xbox One S? Let us know in the comments.