The Xbox One is here, causing wallets to quiver in anticipation.

But what games will we get to play on the thing? Here are the most important titles that are coming to the next-gen console.

Read our list of 10 things you need to know about the Xbox One. 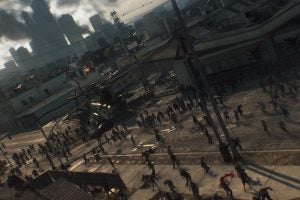 Dead Rising first rose from the ground on the Xbox 360, back in 2006. Seven years on, the third game in the series has been announced.

The basic style of Dead Rising hasn’t changed in Dead Rising 3 – there are zombies, it’s a third-person survival action adventure – but some of the mechanics have opened-up a little. Dead Rising 3 is a true open world game, a little freer than the two previous games. The first two Dead Rising games were largely set indoors, but the third lets you roam through a whole town.

Its developer says the series’ direction has been changed to make Dead Rising 3 a bit more sophisticated and mature than its predecessors. We hope that not all of the silly fun of the series has drained away, though, as a bit part of Dead Rising’s appeal is OTT weapons and ORR gore.

It may not be as popular or well-remembered as Street Fighter II or Mortal Kombat, but as far as knock-offs go, Killer Instinct was a great one-on-one copycat. It arrived on the SNES back in 1994 and caused thumb blisters across the land.

Microsoft is now bringing it back. It’s still a classic one-on-one fighting game, but rather than coming boxed, with a £50 price tag, it’s a download-only title. You’ll be able to play as one character for free, with the others unlocked by laying down some cash.

Remember Panzer Dragoon? The space shooter that wasn’t set in space and featured dragons instead of space ships?

Crimson Dragon is that, more or less. It’s a largely on-rails shooter that’s headed for the Xbox Live Arcade, rather than shop shelves. It looks gorgeous, and should prove one of the top early graphical showcases for next-gen gaming hardware.

Need more convincing about quite how close to Panzer Dragoon this is? It’s directed by Yukio Futatsugi, who also directed… you guessed it, Panzer Dragoon.

Need for Speed: Rivals
By EA 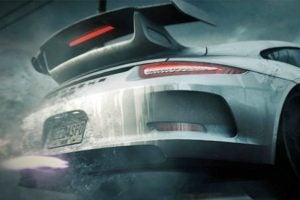 Need for Speed: Rivals will be one of the earliest Xbox One racers, as it is planned for launch in 2013 – and the Xbox One won’t arrive before November.

It’s an open-world driving game with a levelling system and a fluid approach to multi-player. You can drop in and out of friends’ games, and EA aims to “destroy the line between single-player and multiplayer” according to Marcus Nilsson, the game’s producer. 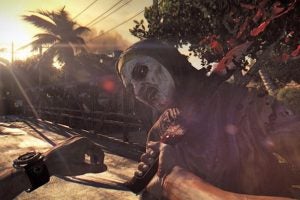 Remember Mirror’s Edge? Dying Light is what you’d get if you took Mirror’s Edge, packed it full of zombies and transported it to a grim apocalyptic world.

It’s a free-running game where the day-night cycle is all-important. You can roam around freely in the day, but at night the zombies come out, looking for your brains to munch on.

This 2014 release comes from Techland, the developer of the much-hyped (but slightly disappointing) Dead Island. Will this be the narrative-driven adventure we all hoped Dead Island would be? Fingers crossed…

Call of Duty: Ghosts
By Activision 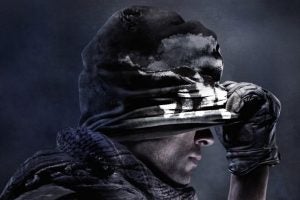 Another year, another slice
of CoD. The next will be called Call of Duty: Ghosts, named after one
of the characters in the game world.

Perhaps the biggest news of
the new instalment is that it’s set in the future. It’s pencilled-in
for release on November 5, which is also – coincidentally (not)  – the
time the next-generation Microsoft console is expected to launch. 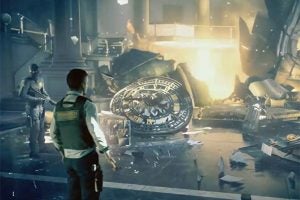 One of the most interesting games of the Xbox One launch is Quantum Break, a Microsoft Studios game from Remedy. The Xbox One launch teaser showed a video of a young girl performing some sort of vulcan mind meld on what appeared to be her mother, then a boat colliding into a bridge with catastrophic consequences.

Confused? Us too, but it certainly sounds like an intriguing title. 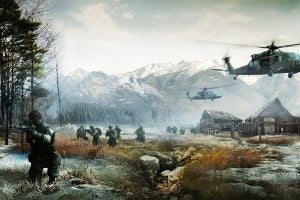 Perhaps the ultimate many vs many first-person shooter, Battlefield is one of the best multiplayer console game series. However, DICE says that this time it won’t be a full open-world title this time around. Battlefield 4 is a more directed experience, allowing for more dramatic set pieces rather than just an all-out brawl. 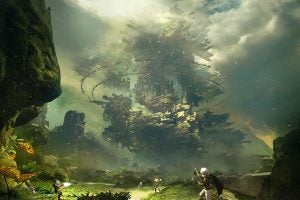 Bungie was the developer behind the Halo series, but it got so bored of working on the series that it has struck out with something new.

Destiny sits between a single-player and multiplayer game style, creating what Bungie likes to call a “shared world” shooter. Interactions between players phase in and out naturally, without you having to manage any of these connections yourself.

Its setting is interesting too – although Destiny takes place in our solar system, it’s a future where most of humanity has been wiped-out. And an alien sphere has imbued survivors with magic-like powers. It’s no Halo knock-off. 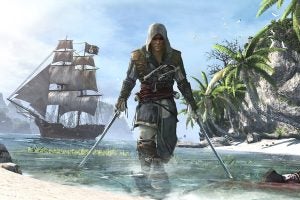 It’ll be set in Kingston, Nassau and Havana, and there’ll be plenty of at-sea antics as well as time spent running around those cities. As well as upgrading your skills – as you have done in previous Assassin’s Creed games – you’ll have to upgrade your ship the Jackdaw too. If you thought Assassin’s Creed 3 was starting to feel tired, this next game should prove the antidote. 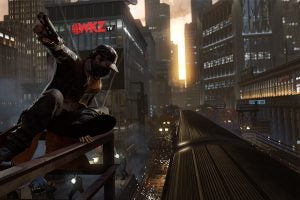 Watch Dogs is an open-world adventure that casts you as a hacker. It’s this ability that’ll give you the freedom to approach situations in an array of different ways – key to any open-world game worth its salt.

It has already been confirmed for PS4, and is sure to come to the Xbox One too. Due to hit shelves towards the end of November, it’s likely to come to the UK just a week or so after the new Xbox’s launch.

Thief: Out of the Shadows
By Eidos 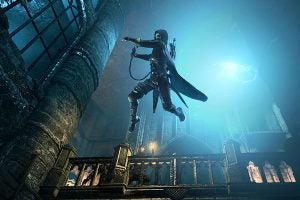 That the next-gen instalment in the Thief series is coming to the Xbox One was unceremoniously leaked by one of its developers in April 2013.

It’s perhaps the ultimate stealth series, having creeped onto the PC back in 1998. However, the last canon entry in the Thief story was released almost a decade ago – Thief: Deadly Shadows came to the original Xbox and PC back in 2004. As such, Thief has skipped an entire console generation. We’re glad to see it return. 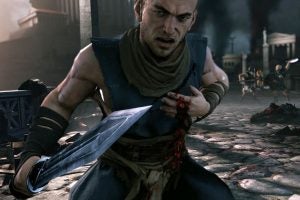 Crytek is best known as the creator of the Crysis and Far Cry games, the former in particular revered as some of the best-looking titles ever created.  Now it’s making something completely different.

Rather than set in open, lush jungles like Far Cry 3, Ryse is a grim and gritty first-person brawler that’ll make great use of Kinect 2.0 to let you pummel your foes. You’ll get to beat baddies to death in a rather literal way. Disturbing stuff. It’s set in the Roman Empire too, so you won’t be able to hide behind a gun packed with ammo, either. 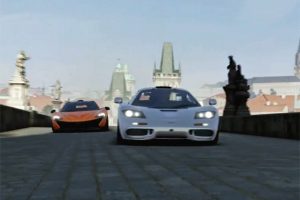 It carries the series on from the acclaimed Forza Horizon, which was a departure in its use of a largely open world, rather than being restricted to individually curated tracks. Forza Motorsport will return to the series roots, though, offering semi-realistic racing and – fingers crossed – a showcase for the graphical potential of the Xbox One. 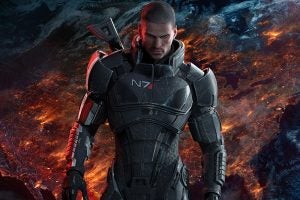 It may not be an Xbox One launch title but Mass Effect 4 is certainly one to watch. It’s due in 2014 and will offer a completely new experience rather than a continuation of the story of the first three Mass Effect games.

We don’t know a great deal about the game yet, but to whet your appetites a bit we wrote a feature about the things we’d like to see in Mass Effect 4. 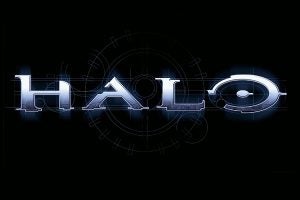 You can get a new “main series” Halo game is in the works, as it has been the Xbox’s most important gaming asset since the console series’s early days. However, Halo has lost its original developer, Bungie.

It is instead being made by 343 Industries, which made Halo 4. The developer has already confirmed that it is currently working on the game too. 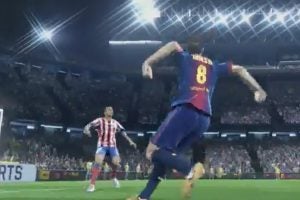 FIFA 14 was among the games shown off during the unveiling of the next Xbox. As with every FIFA game, it’s a sequential upgrade but is arguably the most important one since FIFA 2002.

The most important upgrades will be in collision detection and AI. As the Xbox One has so much more power than the Xbox 360, the players will be a lot cleverer than ever before.

Next, read our comparison of the Xbox One and PS4