Microsoft has confirmed that much of the Xbox One’s controversial DRM (digital rights management) has been removed. Its games will work much as they do on the Sony PS4, or indeed the Xbox 360.

But what does this mean for gamers? There are good and bad points to note.

GOOD: You won’t need to be online to play Xbox One
At E3 2013 Xbox’s Don Mattrick was pretty blunt about the Xbox One’s DRM, saying that if you want an offline console, buy an Xbox 360. He has since made a complete U-turn.

The Xbox One will no longer require an internet connection to play offline games. As Microsoft says, “you can take your Xbox One anywhere you want and play your games, just like on Xbox 360.” 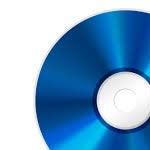 BAD: You’ll need the disc to play games
The downside of this much more traditional approach to authentication is that you will need to keep the game disc in the drive to play. The clutter of console gaming isn’t going anywhere.

With the previous DRM policy, which required a once-a-day connection to the internet to play, you did not need the disc to play a game. Instead, your ‘right to play’ the game was checked using this online authentication, and was linked to your Xbox Live account.

GOOD: But you can also buy games online for disc-free play
Not all games have to be bought at a store, though. Microsoft is going to release all of its Xbox One games on Xbox Live, at the same time as they appear in stores.

Bought this way, you won’t need to have the disc in the drive to play. However, the download size of these games is likely to be immense. Xbox One games use the Blu-ray format, which offers 50GB capacity in dual-layer format.

These downloaded games cannot be shared, either.

BAD: It makes taking your games with your trickier
Under the previous DRM regime, all of your games – including those bought from shops – would show up in your Xbox Live account. Your games would travel around with you, in virtual form.

Now this persistent collection will only feature games bought directly from Xbox Live. Games bought in disc form will not be ‘linked’ to your Xbox Live account in the same way. Technologically-speaking, this is a significant backwards step. 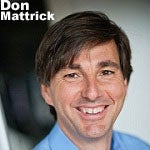 For most gamers, this will make little difference. But for the more intrepid, this means you can import games from another country and play them with no issues.

With simultaneous digital releases of games planned, the benefit of region-free disc games is minor. However, it is still possible that not all games will be released in all territories – for example some Japanese games are not released in the West, and are left untranslated. This tends to happen with titles that will have a limited appeal in territories like the US and UK but it means fans of JRPGs should be happy.

GOOD: You can still rent games
One of the most damaging ramifications of the Xbox One’s original DRM strategy was that game rentals would no longer be possible. The main game rental spot of old, Blockbuster, has a limited high street presence these days, but online game rentals still hold appeal for many, through services like LoveFilm.

Until 19 June, it looked like only Sony PS4 games would be rent-able.

GOOD: High-street retailers get to live another day
High street games retail is not in a good state. In 2012, Game got rid of 40 per cent of its workforce and closed 277 stores – more have shut since. US game sales dropped 31 per cent year-on-year in May.

The last thing it needs is another knock. The original Xbox One DRM would make game trade-ins possible only through particular retail partners. However, the new scheme means you’ll be able to sell game through eBay, or trade them into a high street shop. Pre-owned games sales will continue with the next generation.

Evan Kypreos, Editor
The turnaround by Microsoft on the draconian DRM and second-hand games policies it announced a short time ago goes to show just how hard it felt the consumer backlash. What we shouldn’t forget here is that if Sony had announced similar policies Microsoft would never have back-tracked and console gamers would have to suffer in silence or opt for the Wii U. It’s a big win for the consumer and can only help Sony’s cause with the PS4.

Many gamers won’t forget that only an embarrassing u-turn will allow them to play used games for free, or play at all without an internet connection on the Xbox One. How damaging this will be to Microsoft and the Xbox One remains to be seen, but it’s likely that the fact the PS4 is more powerful and significantly cheaper is the real threat. I expect a hefty price drop within a few months of the Xbox One’s release for it keep pace with its bitter rival.