Naughty Dog took the gaming world by storm this week, dominating headlines with a long-awaited update of The Last of Us 2. The original post-apocalyptic tale is regarded as a masterpiece by many, so the sequel naturally comes with some lofty expectations to fulfil. From the reaction of fans all over the world, the PS4 exclusive is shaping up to be something quite special indeed.

Sadly, there’s been another juggernaut this week that, despite garnering millions of downloads across iOS and Android, has fans feeling a little on the grumpy side. A cynical, premium approach to its in-game economy means Mario Kart Tour is far from the wholesome Nintendo experience we’ve come to love over the years. So, let’s dive into this week’s Winners & Losers.

Winner: Sony and Naughty Dog with The Last of Us Part 2

September 26 is regarded by The Last of Us fans all over the world as “Outbreak Day”, otherwise known as the exact date when the Cordyceps virus ravaged humanity in Naughty Dog’s stellar narrative adventure. Since the game’s release in 2013, the developer has used this date as an excuse to celebrate its universe, reward fans with cool freebies and tease its upcoming projects.

This year’s celebrations were the biggest yet, by a huge margin, and provided an avalanche of new information about the sequel. It began with a new trailer in State of Play, revealing the reason behind Ellie’s bloody tale of revenge, a tease at new gameplay mechanics and the long-awaited return of Joel, feared dead after previous trailers. Fans are relieved the grumpy old man is back in action, if looking a little the worse for wear. You can check out the trailer yourself below.

Given how the first game concludes almost perfectly, Team Trusted was mightily worried about where this sequel would go, but it seems Naughty Dog is delivering yet another harrowing yet heartfelt tale. It looks fantastic, and footage from a media event in Los Angeles also teases a bunch of gameplay improvements. The mixture of bloody combat, nail-biting stealth and exploration remains largely the same, but Ellie is far more agile than before.

She can crawl in long grass to catch enemies by surprise or even whistle them over, luring them into an inevitable trap. New items and weapons make her pilgrimage of vengeance all the more brutal, although there’ll be new enemies to stop her, too. New types of infected, alongside dogs, cult members and other nasties, are spread throughout the third-person experience. It looks bloody fantastic, in all manner of ways. We’ve a few concerns about the story, but those will become clearer in time.

The Last of Us 2 will launch exclusively for PS4 on February 21, 2020. It’s flanked by the likes of Final Fantasy 7 Remake, Cyberpunk 2077 and Animal Crossing: New Horizons, so gamers have a lot to look forward to in the coming months. Colour us excited. 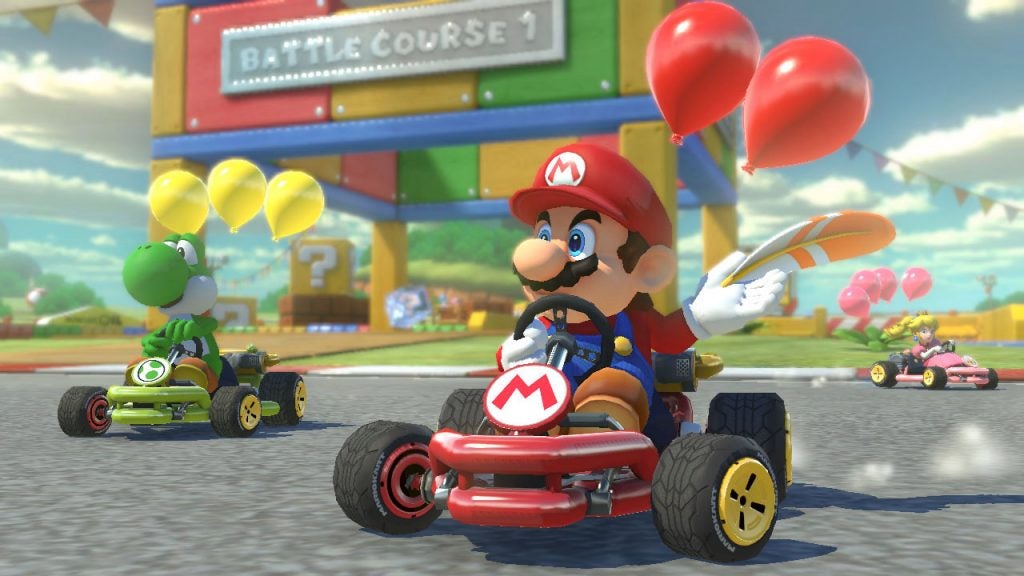 While Sony was strutting its stuff with The Last of Us 2, Nintendo was celebrating a similar triumph with the launch of Mario Kart Tour, the long-awaited mobile debut for the racing series. This, obviously, doesn’t count portable consoles. It’s become the biggest mobile launch of all time, gaining an unbelievable 10.1 million downloads on launch day alone. It’s an instant hit, but time will tell whether gamers stick around once they discover the controversial economy. Its attempts at monetisation haven’t come quietly, but some players are kicking up a justified fuss about things.

The initial download of Mario Kart Tour is free to play, offering players access to a handful of modes, karts and characters immediately, but this isn’t enough to maintain the same staying power of Fire Emblem: Heroes and Nintendo’s other mobile successes. This becomes especially gross when you factor in the monthly subscription cost cooked up by Nintendo, which costs the same as Apple Arcade. Yep, a service that offers you hundreds of games for just $4.99 a month. Compared to that, Mario Kart just can’t compete.

You don’t need to pay right away, though, as the Mario Kart Tour Pass has a two-week free trial for players to test out. It grants you access to the 200cc mode (a hard variant, essentially) alongside extra in-game rewards for racing and completing certain goals. From there, you’ll need to pay £5 for the privilege. We’ve only played some ourselves, but it feels like much of the experience is locked behind a paywall. Nintendo has made this mistake before, with Super Mario Run costing almost £10 when it first launched, while the ill-fated Miitomo is no longer available.

New drivers, karts and gliders are unlocked using “rubies”, which are Tour’s in-game currency. These are earned naturally in-game, although those on the subscription bandwagon will earn them at a faster rate. These come out of a warp pipe, which is an adorable touch amid some of the more troublesome ideas.

Monetising free-to-play experiences is natural, but seeing it clumsily thrown into a classic franchise like this feels dirty, and we hope it improves somewhat going forward – since, despite its popularity, not all fans are happy. Playing with a single finger also negates much of the engagement the series has, even if you’re competing against friends.