The Surface Pro X looks like a device that could be the future of Microsoft’s hardware line and – just maybe – computing form factors in general. However, initial reactions have been mixed. While the same week has seen AMD announce the new Threadripper 3 and reveal more about the Ryzen 3950X.

The past seven days could have been christened “Hideo Kojima week” in the build-up to today’s release of Death Stranding, we are taking a break to give you some computing-related Winners & Losers.

AMD revealed some new processors details to get PC enthusiasts excited for a bumper end to 2019.

Earlier this week, we dove into why the newly announced Threadripper 3 might actually be overshadowed by the Ryzen 3950X. The Ryzen 3950X was revealed earlier this year but this week’s announcement saw us get more concrete details on the new processor.

Then there is the Surface Pro X. Onlookers (including me) were stunned when the new device was unveiled. The promise of a new Surface Pro design along with longer battery life – what’s not to like? However, there were plenty of doubts to be had and it looks like they may have come to fruition. 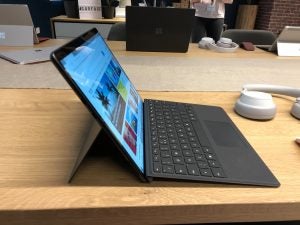 We don’t want to go too hard on the Microsoft Surface Pro X just yet – as we are yet to do our full review – but, as initial impressions flood in, it looks like some of the main concerns about the 2-in-1 may have come to fruition.

Last month, I got to go hands-on with the Surface Pro X and I was blown away. I could not be more excited about this device.

Don’t get me wrong, the Surface Pro design is a nice one but it is starting to look outdated.

However, it now seems like Microsoft (and Qualcomm) might not have been ready to make such a device.

Early reports about the Surface Pro X haven’t been too harsh on the performance of the device – beyond believing you should maybe get a bit more bang for your buck.

The main issue is with app compatibility. The Surface Pro X runs on an ARM-based processor created by Qualcomm and Microsoft.

While the ARM-based nature of the processor allows for a slimmer form factor and longer battery life (or does it?), it requires apps specifically made for ARM to be able to run to its full potential. Unfortunately, these are in short supply right now.

Instead, the Surface Pro X is forced to use emulated versions of 32-bit Windows-compatible programs rather than fully-fledged 64-bit ones – leading to less swift app performance.

The problem doesn’t seem completely crippling for the Surface Pro X – with many reporting you still get passable performance if you are using this device for basic productivity (We’ll dig deeper into the performance in our full review).

For now, it looks like Microsoft has the right idea when it comes to the future of the Surface Pro line – it just needs to internal tech to catch up with the swanky new design. 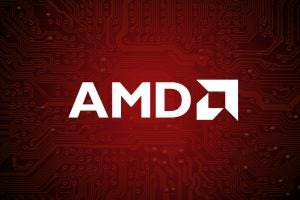 The AMD Threadripper 3 burst onto the scene this week – a performance titan. A gentle reminder that the Threadripper line is intended for heavy-duty computational tasking rather than gaming.

The new processor comes in two models – the 3960X and 3970X. We’ll focus on the latter since it has the beefier specs – you can get a more in-depth spec breakdown of both here. The 3970X comes with a whopping 32 cores with 64 threads – it has a base clock speed of 3.7GHz with the boost clock getting up to 4.5GHz.

That wasn’t all from AMD – throwing out more nuggets of goodness to enhance there already Winner-worthy week.

More details were revealed about what it calls “the world’s most powerful 16 core desktop processor.” The AMD Ryzen 3950X comes with 16 cores, 32 threads, 3.5GHz base clock and 4.7GHz boost clock – holy moly.