It’s the end of news packed week and we are all recovering from the shock of last few days. I’m, of course, talking about the surprise reveal of the Xbox Series X at The Game Awards 2019. It already seems far away but the rest of the week happened too and Android didn’t have its best.

No one was expecting a big seven days in tech and gaming this past week – for the most part, we thought we’d have other stuff on our minds. However, we thought we’d still be able to indulge our nerdy cravings with a relaxing Thursday watching The Game Awards 2019 – turns out Xbox had other plans.

Away from the bright lights of The Game Awards 2019, we delved deeper into a story about Google’s attempts to root out malicious Android apps. Android looks to be trying hard to solve the problem but it seems to still be coming up short.

Related: Check out the latest on the Xbox Series X

Our main focus this week is the surprising news that came out of The Game Awards 2019.

This, undoubtedly, has to go into the winner category for now – primarily due to sheer surprise value – but I’m sure the merits of the console’s form factor will be analysed and over-analysed over the weeks and months to come.

Let’s kick off with the name – Xbox Series X. In a vacuum, is it that bad? I’m not so sure. However, it continues the recent trend of there being no rhyme or reason to Xbox’s naming conventions as a whole.

For launch names, we’ve had Xbox, Xbox 360, Xbox One and Xbox Series X – when it comes to simplicity and, well, logic, I think PlayStation has them beat.

The strange thing about the name is the use of the word “Series” for a single item. Could it be that the name of this console generation should really be thought of as Xbox Series and we will soon see an Xbox Series S appear – the rumoured all-digital next-gen Xbox?

For the design, many have already pointed out that this new vertical form-factor looks closer to sleek PC tower build than console designs that have gone before.

Xbox is yet to provide any detailed specifications for the device so we can only speculate what this design could mean for the internal hardware. The look of the Xbox Series X could suggest the introduction of more modular elements or, simply, that this kind of build is required to adequately cool whatever beastly in internals are under the hood of this cuboid.

Last but not least (okay it might be least) is the controller. The controller appears to be very similar to the current Xbox One controller but also coming equipped with a share button – no messing about. 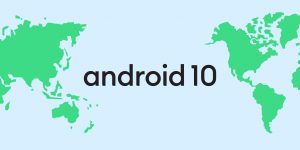 This story from the past week definitely deserves some attention and, while we are labelling Android the loser here, it is likely the user experience itself that is getting the tag and not the Google-subsidiary.

While the security of its own platform is, of course, Android’s responsibility, the company is managing to keep 99% of malicious apps out of the Google Play Store. Android is a behemoth – so, this looks like an impressive feat.

However, the 1% can definitely do damage and can’t be ignored.

Google has said it uses Play Store reviews, rewards programme and machine learning to achieve the 99% rating it currently does. But what’s the 1% that it can’t catch?

The experts we contacted have said that the problem lies with so-called legitimate apps – these are apps which get through any vetting processes by initially appearing to be legitimate apps before turning malicious via some kind of update or refinement.

While 1% seems small, the problem led to high-profile cases – including that of CamScanner PDF that affected over 100 million users.

Android looks to be trying its darnedest to get rid of malicious apps on its platform but there is clearly some more work to be done. The solutions could range from an even more robust vetting system to, even, bringing Android closer to a closed system like iOS – an idea that some fans of the open platform will likely find unsavoury.