Headlines will tell you this is a big week for Microsoft. It sees the launch of Windows 8.1 and Windows 8.1 RT, the much heralded fix for all our tablet and PC woes. Yet what has quietly slipped by many is that last week was an even bigger one.

What emerged were the first details of another so-called ‘blue’ release: Windows Phone 8.1. And what made these details most interesting were two things: the scale of their ambition, and that in the days since they have not been debunked.

What do we mean? Support for 7-10-inch screens and upping API unity with Windows RT from 33 to 77 per cent. If that didn’t get your grey matter turning, remember last month Microsoft operating systems head Terry Myerson told thousands of employees it plans to unify the Windows and Windows Phone app stores. App code compatibility between Windows and Windows Phone already sits at over 90 per cent.

The death knell for Windows RT has been sounded for some time, but now we are starting to understand that using Windows Phone as its replacement is how Microsoft plans to survive it.

Backwards to go forwards
The rewards of such a transition are significant. Windows phones and tablets could finally unify as Android and iOS phones and tablet have, but with the added bonus of being seeded into PCs via the visually similar, app compatible – and surely Windows Phone transitioning – Modern UI.

Throw in support for the Windows 8-based Xbox One (something Microsoft Studio’s Phil Spencer says “makes a lot of sense”) and reluctant app developers would surely flock to the merged platforms in droves.

The problem is before it gets better, everything must get worse.

By the end of this week Windows 8.1 and 8.1 RT will bring support for 7-inch tablets. By the end of October the Windows Phone 8 ‘version 3’ update will bring support for 6-inch ‘phablets’. Windows RT will still support a limited desktop mode for Microsoft Office, but in 2014 a Modern UI compatible version of Microsoft Office will make this redundant. Meanwhile the Modern UI in Windows 8.1 and 8.1 RT will get the same options to resize icons as Windows Phone 8 so they all look virtually identical.

The commercial that can make all this clear to mainstream consumers deserves to win the Nobel Prize. But at least the logic is clear: for the necessary mergers to happen phone, tablet and PC platforms have to be brought closer and closer together.

Still it will be painful to watch. Not just for the new heights of confusion that will be caused, but because it could so easily have been avoided in the first place.

Ignoring the recipe for success 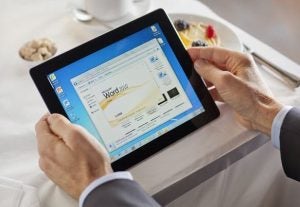 After decades of collective failure, Apple finally cracked the key to tablets in 2010. The recipe turned out to be simple: a finger-friendly phone OS plus big screen dedicated apps equals popularity. Google was so keen to follow it the company ripped Android in two to cover both markets before stitching them back together in Android 4.0. By contrast Microsoft decided the best course of action was to ignore it completely.

The path was simple: bring large screen support to Windows Phone, preferably give it a more appropriate name (though ‘Windows Mobile’ was out, representing the past of Windows for phones), and keep Windows 8 simple as a faster, more reliable, more secure version of Windows 7. Let tablet and phone support grow then fold the Windows Phone/Tablet interface smoothly into the PC space with Windows 9 as its ‘Modern UI’. Job done.

Instead Microsoft was hell bent on maintaining a tie that had failed time and time again: making tablets smaller, cut down version of PCs.

To do this Microsoft had to split Windows 8 in two, build a whole new touch interface, drum up further app developer support and convince PC makers to adopt touchscreens. It had to explain the butchered desktop in Windows RT to consumers along with the logic of having three OSes. Then work was required to eventually merge them again and convince developers to once more adapt their apps.

Of course it hasn’t worked and Windows RT in particular has been an unwieldy, unloved, power hungry mess. Furthermore its failure has merely exposed the chasm between mobile and PC that Microsoft hoped it would bridge.

Fortunate failure
The good news is the best possible outcome for Microsoft is Windows RT’s quick death. Without a viable tablet platform Microsoft is being forced to return to Windows Phone and take the heavily signposted path to Logic Town it had chosen to ignore. Conversely, had Windows 8 RT developed a loyal following, it could’ve hamstrung Microsoft for years to come.

The benefits to all this are unlikely to be felt before Windows 9, but that is pegged for launch by the end of next year. An RT edition is inconceivable and Windows 9 can bring clear branding, a single app development platform and become the first truly unified operating system on the market. An embodiment of the new ‘One Microsoft‘.

Of course critics will then say Windows 9 is everything Windows 8 should have been. They’d be right, but if it can safely negotiate the painful transition Microsoft is unlike to care.

Next, read our round-up of the best new Windows 8.1 features