When is Windows Phone 8.1 coming?

Microsoft is tipped to launch Windows Phone 8.1 imminently. Owners of current Windows Phone 8 mobiles will get the update, possibly on day one of release. That’s the beauty of not letting manufacturers tinker with your OS, Android fans.

We don’t expect wholesale changes, but there will be some important additions in this first and last major Windows Phone 8 update. Next stop: Windows Phone 9. We already know most of the features we’ll get in Windows Phone 8.1, thanks to Microsoft’s release of the SDK and a few internet leaks.

Microsoft looks set to take a big step towards feature parity with Apple’s iOS and Google’s Android with Windows Phone 8.1. There’s little that will be wholly new to people familiar with those rival platforms, but there are a couple of features that might just turn out to be better.

Here are some of the major and not-so-major features you can look forward to in Windows Phone 8.1

When Windows Phone 7 came along in 2010, it looked nothing less than the most forward-thinking and advanced mobile OS around. Since then, both Android and iOS have added intelligent assistant features that have gone some way to make Windows seem a little behind.

It has taken a while, but Microsoft is finally set to join the party. More than that, it’s set to become the life and soul of that party.

The most exciting feature in Windows Phone 8.1, without doubt, is Cortana, which promises to combine the best bits of both Google Now and Siri. 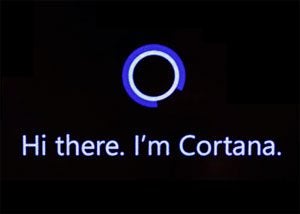 Why Cortana? That’s a little reference to Halo, the seminal Xbox first person shooter series. In those games the hero, Master Chief, had an AI assistant called Cortana.

Alas, you won’t be getting a free-thinking AI construct beaming onto your construct with Windows Phone 8.1, but its capabilities are still pretty impressive.

Cortana will replace the current Bing search feature in the Windows Phone OS, and will be accessible through the search key. The focus is on advanced and adaptable voice recognition, much like Siri, and like Apple’s Siri you’ll be able to do things like add reminders, search the web, and read out new messages simply by asking. Cortana can even be instructed to use your name (or whatever handle you wish) in its responses.

But Cortana can also scan your usage data and personal information to generate custom notifications, like Google Now. This might include pulling out flight details from your email and reminding you of it, for example.

Bing and Foursquare will form the basis of Cortana’s external information pool, but we expect this will expand to other online services too.

It seems that Cortana will store all of the personal information it acquires in a Notebook file, which can then be edited and deleted by the user. This should allay some privacy concerns.

Do you know the biggest annoyance with Windows Phone 8? If you said ‘not enough apps,’ then you’re wrong. No, it’s the lack of a proper notification centre with appropriate settings shortcut toggles. 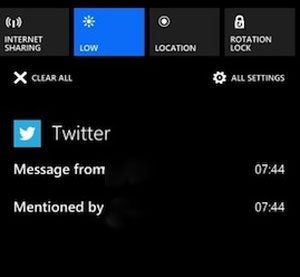 While Android and iOS users can swipe a menu from the top or bottom of the screen and catch up with their latest messages and updates without going into the individual apps, Windows Phone users cannot.

Similarly, if you want to quickly turn your Wi-Fi or Bluetooth on, or flip into Airplane mode, Microsoft’s platform won’t let you.

That’s all about to change in Windows Phone 8.1 with the introduction of Action Center. Despite spelling ‘Centre’ wrong (hello to our American readers), it promises to right the biggest wrong of the entire Windows Phone experience.

Action Center is a familiar notification menu with a two-stage access system. A quick, short swipe from the top of the screen will bring up four key notification toggles for things like Wi-Fi, Bluetooth, and the like. These should be fully customisable.

Swipe further and you’ll bring down an expanded menu containing all of your latest notifications. Think emails, text messages, and the aforementioned Cortana notifications.

Hopefully these notifications will be closer to Android than iOS in their ability to be dealt with directly, such as when replying to messages from within the notification itself.

It might not sound like much, but Microsoft’s decision to implement software keys for Windows Phone 8.1, rather than continuing to require hardware solutions, could play a major part in the platform’s growth.

Put another way, it signifies Microsoft’s intention to take its platform to the masses. It’s a step that demands less from Windows Phone manufacturers, allowing them to cut costs and offer cheaper handsets.

Every component adds to the final cost of a smartphone, so taking that strip of capacitive keys or clicky hardware buttons out of the equation will help. Not a lot, but it will help.

Windows Phone is very much a mid to high-end mobile OS. This means that Microsoft is missing out on the entry-level dollar, especially in (but not restricted to) developing markets where smartphone adoption is accelerating.

That’s why, in addition to the aforementioned UI tweaks, Windows Phone 8.1 will be much easier to run on cheap hardware. Microsoft is adding support for Qualcomm’s entry-level Snapdragon 200 and 400 processors. 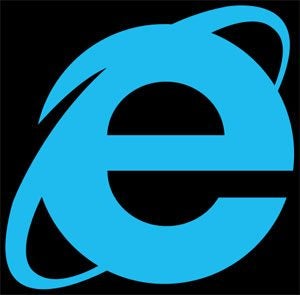 As is the case with many of the other new features we’ve discussed here, IE11 will add some familiar but much-needed functionality.

One of these new additions is Reading View. Just like iOS Safari’s Reader button, this feature strips away the clutter of your average web page and formats the essential text for mobile reading.

IE11 also borrows a leaf out of Google Chrome’s book by allowing you to sync your tabs across Windows Phone 8.1 and Windows 8.1 devices. In similar fashion, a new password manager will let you synchronise your saved passwords across multiple devices.

We’re also expecting an InPrivate mode, which will enable incognito browsing, with no history or cookie information retained once you close the tab.

One stylistic tweak we can expect is the ability to add a background image to your home screen. This clever effect is kind of like the wallpapers you can add to Android and iOS, but it works in a slightly different way on Windows Phone.

Taking into account the OS’s unique Live Tile system, this background image forms the backdrop for a number of the square icons that make up your home screen, creating the impression of looking at the scene through a grate.

Of course, this won’t work with all app icons, and developers will need to activate the option individually. But it’s another welcome layer of personalisation in Microsoft’s carefully-crafted OS.

Here’s another new feature that mimics those found on Android and iOS. Battery Power Sense breaks down your power usage by application, so you can spot the serial juice drainers and cut them off when you know you’ll be away from a socket for a while.

A nice touch is that you won’t have to monitor this manually. You can set Battery Power Sense to automatically shut down specific apps when the power level drops below 20 per cent.

The Windows Phone 8.1 update will also offer numerous fixes and tweaks. We’ll add any extra information once the software has been officially revealed.

Next, read our review of the Nokia Lumia 1020