The update desktop users have been waiting for

‘Windows 8.1 Update 1’ is released to the masses today. Dodgy naming aside this is an important update for Microsoft because it represents a major shift of emphasis.

Mouse and keyboard users, the bulk of Windows 8’s customers after all, are back in vogue and from this point onwards the OS should finally have mass appeal – regardless of your choice of input.

Here’s our guide to the most important changes and how they’ll affect you.

How Windows 8.1 Update 1 Improves The Desktop

Having been somewhat neglected up to now, Windows 8.1 Update 1 brings major improvements to the part of Windows we still use most: the desktop. Headline changes are: 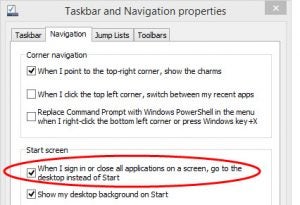 Boot to Desktop by Default
With Update 1, Windows will finally become contextually aware. If you are on a PC without a touchscreen it will now boot directly to the desktop by default.

If you are using a touchscreen enabled laptop or Windows 8 tablet it will still boot to the Modern UI (aka Metro).

Naturally, Microsoft lets you change this setting should you wish. Windows 8.1 gave the option to boot to the desktop, but by making it the default option for non-touch users the company is finally admitting the Modern UI is not the ideal starting place for all.

Desktop Apps Are Used Default
In taking non-touch users directly to the desktop, this smart addition is designed to keep them there. Up to now Windows 8/8.1 has pushed all users towards Modern UI apps for opening their files, which made for a jarring experience as they were thrown between the two environments. Previously these defaults could be changed, but with Windows 8.1 Update 1 they are made automatically. Simple, but smart. 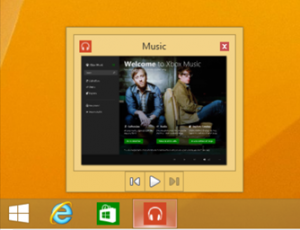 Microsoft didn’t create Modern UI apps to have them ignored completely, though, so now any favourites you do use can be pinned directly to the taskbar like any standard desktop program.

The Windows Store will be pinned by default with the hope that its prominent placing will raise the flat lining interest levels of developers and consumers.

Apps aren’t second class citizens on the taskbar either, they will show handy previews when hovered over just like standard programs.


Improved Hot Corners
Search for ‘Windows 8 hot corners’ in Google and seven of the first 10 results are pages telling you how to disable them. For the uninitiated, hot corners trigger shortcuts when the mouse power paused in any of the four corners of the screen whereas touch users accessed them by making swipe gestures.

The reason for the hatred is normal use of Windows involves moving the cursor to corners on a regular basis to activate menus, close or minimise programs and open the system tray. To reduce ‘false positives’ Update 1 adds a longer delay before hot corner shortcuts are triggered.

Right Click Context Menus
A simple yet long overdue addition means mouse users can right-click on a
tile to bring up its options in a desktop-style context menu beside the
cursor (just like right-click works in the desktop).

Touchscreen users
will keep the existing finger friendly system with options opening along
the bottom of the screen and the OS can distinguish between mouse and
finger input automatically. But it isn’t all smooth sailing.

Move the
mouse cursor to the top of an open Modern UI app and a title bar will
now appear letting you close, minimise or snap it side-by-side with
another app on the desktop. Finally this provides mouse users with a
simple way to manage apps and it is another long overdue improvement.

App Install Notifications
Regardless
of your input method, one aspect of the Modern UI that made no sense was
its handling of newly installed apps – nothing was pinned by default
and you had to dig them out from a long list of existing apps. With
Update 1 there is a dedicated notification once an app is installed and
the new app(s) will be highlighted in the apps list to stand out.

Dedicated Power and Search Buttons
Microsoft candidly revealed many users couldn’t work out how to switch
off their device or use search in the Modern UI. This somewhat damning
shortcoming has been addressed in fairly literal fashion with dedicated
power and search buttons now appearing beside the user’s avatar.

Clicking ‘search’ obviously triggers search, while clicking the power
button brings up sleep, shutdown and restart options. Microsoft has been
loath to clutter the Modern UI, but these simply make sense.

Windows 8 was already a
lean system on par with Windows 7, but with 8.1 Update 1 it has taken a
further giant leap. Minimum RAM requirements drop from 2GB to 1GB while
the install footprint drops from 32GB to 16GB. This is an obvious play
for adoption on low power devices where Chrome OS is starting to gain
momentum and Microsoft is dubbing the target hardware as ‘116 machines’
(see what it did there?). 16GB is still a significant amount given some
Chrome OS devices only have 16GB drives, but it is a major step in the
right direction.

For low power machines Microsoft will also
suspend more Modern UI apps rather than run them all in the background
to reduce memory consumption and speed up start times. More powerful
machines won’t have their app handling changed, but the overall
performance enhancements should make the OS even faster and – for
ultrabooks – free up some precious SSD storage. 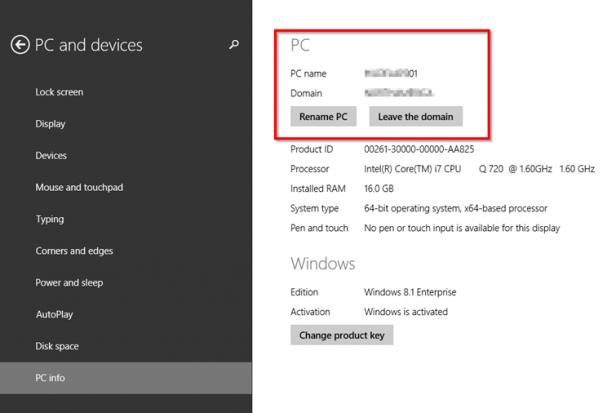 If you have Windows 8.1 installed Update 1 is compulsory. Microsoft has informed users
that “Failure to install this (Windows 8.1) Update will prevent Windows
Update from patching your system with any future updates starting with
Updates released in May 2014” meaning the OS won’t be secure.
Interestingly users still with Windows 8 will keep receiving patches
until January 2016.

Whereas
the job of Windows 8.1 was essentially to put out the fires caused by
the massive Windows 8 backlash, Update 1 sees Microsoft start to refine
the OS. The obvious focus is to restore the confidence of keyboard and
mouse users who have felt alienated by the touch-centric nature of the
Modern UI. Microsoft largely succeeds and Update 1 is an exercise in
making logical ‘why weren’t they there in the first place’ changes
rather than anything particularly revolutionary.

Windows 8.2 is
expected to take this a step further with the promise to finally
reintroduce the start bar, but with Update 1 the stigma created by
Windows 8 for mouse and keyboard users should at last begin to fade.
Whether it is enough to save the platform’s reputation as a whole is
another matter entirely.