OPINION: Damien McFerran explores how Microsoft’s decisions with Windows 10 will make the Xbox One a better console, and the PC/console convergence become a reality.

Microsoft’s recent event to outline its new Windows 10 operating system brought with it plenty of surprises. Many of them stem from the fact that, for once, the oft-bumbling mega-corporation is finally listening to its critics and creating something which fixes the myriad problems that have inexorably built up over the past few years. A free upgrade for Windows 7 and 8.1 owners? Yeah, thanks very much.

There was also a gigantic touchscreen PC and HoloLens, an augmented-reality headset which looks to outshine the recently mothballed Google Glass and offer a fanciful type of personal computing that previously only existed in far-fetched science fiction movies. But much of this won’t be of immediate interest to Halo-loving, Forza-racing, Call of Duty-blasting gamers – the part of the conference which really got players excited was related to Microsoft’s plans to unify Windows with its Xbox brand.

Arguably the biggest games-related feature unveiled during the Windows 10 media event is the ability to stream games from your Xbox One console to any Windows 10 desktop PC, laptop or tablet in your house. During the briefing, Xbox boss Phil Spencer – proudly displaying his gamer credentials by wearing a Battletoads T-shirt – played a game of Forza Horizon 2 on a Surface computer using an Xbox One pad, with the gameplay being streamed over Wi-Fi from an Xbox One.

SEE ALSO: I really like this new, daring Microsoft 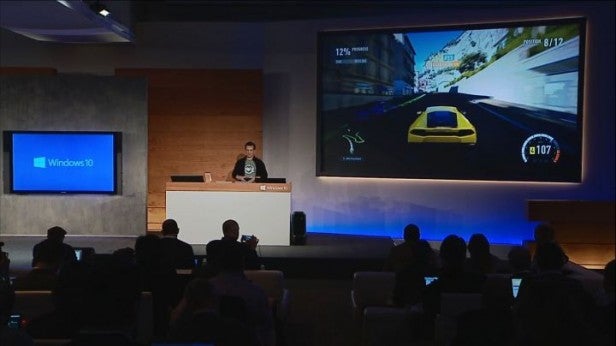 Of course, this in itself isn’t a massive innovation – off-TV play is readily available on other consoles, most notably Nintendo’s Wii U, and Apple’s hardware can fling its games to televisions using AirPlay and an Apple TV box. Heck, Microsoft has even tried this before with its SmartGlass app, while rival Sony has a similar setup in its Remote Play functionality, which allows streaming from a PS4 to a PS Vita and certain Xperia phones and tablets.

However, certainly in the case of Remote Play, such services aren’t always what they’re cracked up to be. Latency can be a problem, even over a fast connection, and it remains to be seen if Microsoft can avoid the same issues. Spencer’s impressive Forza demonstration suggests that it has, but the proof will be in the playing.

Another major part of Microsoft’s vision is enabling true cross-platform interaction between computers and consoles. Microsoft used the presentation to show off the PC version of Fable
Legends, a title which was previously exclusive to the Xbox One. In this forthcoming role-playing epic, you’ll be able to play alongside PC owners on the Xbox One, and vice versa – the experience will be the same.

Again, this is a Holy Grail which has been dutifully strived for in the past, but Microsoft appears to be confident that it’s finally nailed it. We’re told that Fable Legends is just the first of many titles which will be connected directly across console and computer – a positive thing, as it means a larger pool of players to compete and co-operate with. 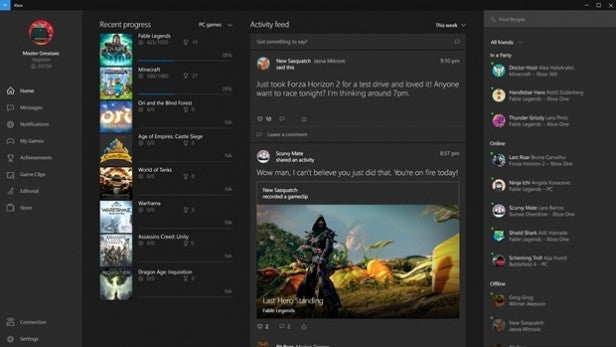 Central to Microsoft’s new vision is the Xbox App, which enables you to oversee and interact with your gaming world straight from your PC or tablet. If you’re already a heavy Xbox One user then you’ll discover the benefit of being able to send messages to friends or keep track of their gamerscore without having to be at your console, but there’s more to it than that.

PC players who don’t own a console will be able to take advantage of the robust infrastructure that Xbox Live offers. Valve’s Steam service already provides a similar experience, but Windows 10 will come with Xbox Live baked in, and all the plus points that entails. For example, you’ll be able to record, edit and share gaming clips straight from your PC or tablet. Xbox One and PS4 owners will already be aware of such functionality, but it’s never been all that easy to perform the same trick on a PC – ironic when you consider how versatile the average computer is.

This new unified approach will hold plenty of positive elements for Xbox One owners, but it’s just as much about fixing Microsoft’s damaged relationship with PC gamers, too. The company’s disastrous Games for Windows Live platform crashed so badly that Microsoft didn’t even have the guts to put it out of its misery properly, and has instead simply closed the door and pretended that it no longer exists.

Microsoft needs to rehabilitate itself in the eyes of serious PC players – players already heavily invested in the likes of Steam and EA’s Origin. What better way to do this than to bring one of the most popular gaming brands of recent memory to your desktop and tablet?

SEE ALSO: Windows 10 Phone – What you need to know 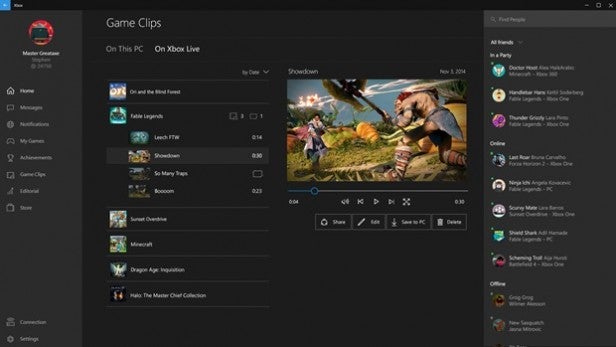 All of this streaming malarkey and PC-based connectivity might sound like one-way traffic, but Microsoft knows that true convergence means things have to go in the opposite direction, too. A series of “universal” Windows 10 apps are planned that will function on both your computer and your games console, which means your Xbox One could potentially become a little more versatile in the process.

Of course, it would be naive to expect full-blown Windows 10 apps to appear on your TV screen, but we could see certain downloads sharing the same DNA between both PC and console – leading to a seamless relationship between the two platforms. Moving from one to the other will be an almost effortless experience thanks to this combined vision, and Microsoft is hoping that it’ll make it easier to communicate with friends and family, as well as improve games in general. Oh, and it also means that your Xbox One will be taking another step towards becoming “Input One” on your TV – something the company has never been shy about promoting in the past.

Microsoft’s recent struggles have led many to suspect that the Xbox brand would be spun off, allowing the company to focus solely on what it’s been doing for decades: creating PC operating systems which make our lives easier and more productive. However, the announcement that Windows 10 and Xbox One are now going to be more connected than ever before proves that Microsoft isn’t about to abandon the gaming audience it’s tried so hard to cultivate over the past ten years.

It knows that gaming is a massive part of its business these days, and by pulling functionality into desktop and tablet devices, it can not only enrich things for those players, but also make Windows 10 a more appealing prospect for the millions of Xbox One devotees out there who perhaps don’t use a Windows-based device right now. 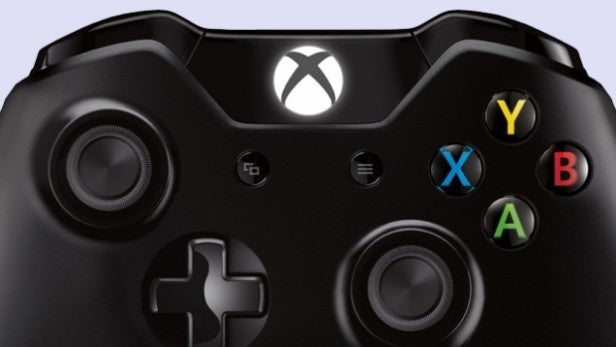 Past efforts to converge computers and consoles have met with less-than-impressive results, but it’s clear that Microsoft is deadly serious about seeing this particular move through. This won’t be another abortive attempt like Games for Windows Live, and could well change the gaming and computer landscape forever.

Such functionality is certainly going to give the Xbox One a distinct advantage over the rival PlayStation 4, and that could be the difference between winning the current console war – a war in which Microsoft has, so far, been trailing behind its Japanese opponent.